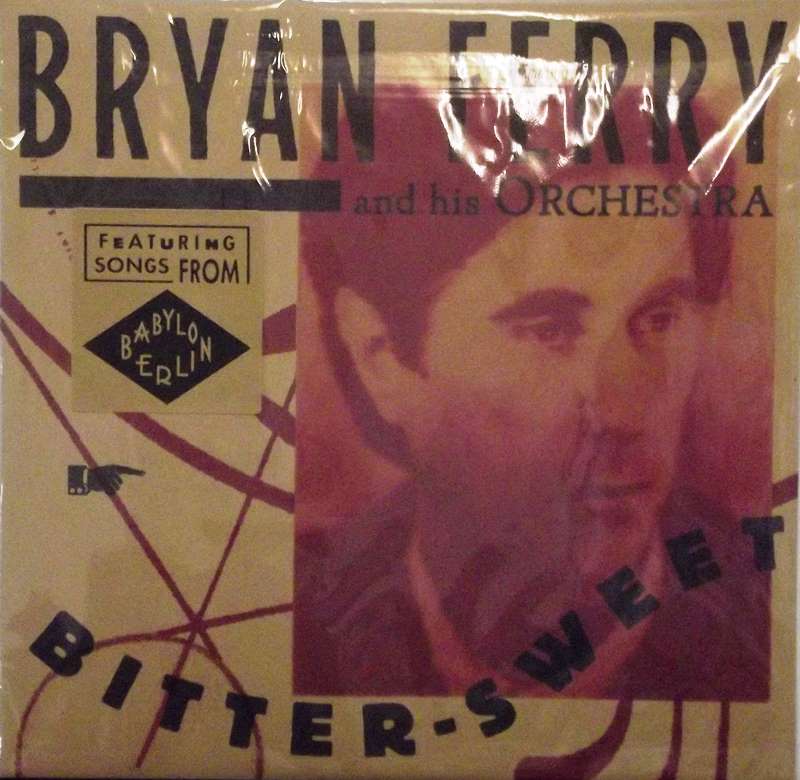 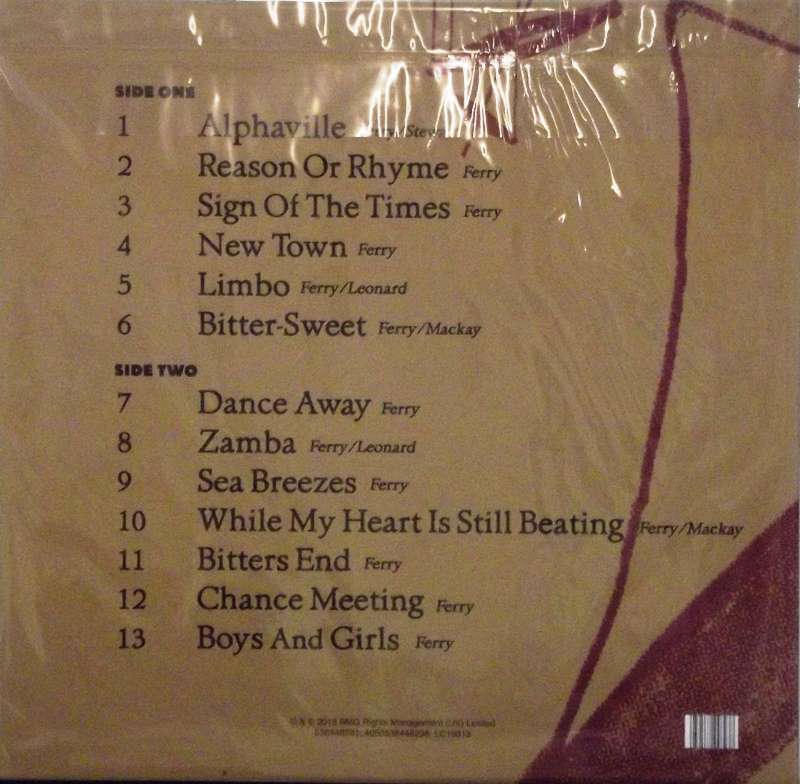 I hear you. Next to Rod Stewart who else has done such a bang-up job of betraying their talent, other than Bryan Ferry? Where once he sneered and preened his Glam feathers with ironic aplomb, he’s spent decades releasing insipidly dull, control freak albums with all the substance of a Ralph Lauren perfume ad. Where once he mocked doomed romantics, somewhere along the line he all too smoothly slipped into self-parody. Where he once wittily quipped, that Roxy Music would more than likely redecorate a hotel room as trash it, his music began to resemble one. A posh, immaculately decorated suite. Look but don’t touch. And for gods sake don’t feel anything. Oh, for the days when he sang sad, sinister odes to blow-up dolls. And when they start crooning the  American songbook, it’s time to lower the coffin with a stiff middle finger salute.

But that’s not to say there haven’t been great Ferry originals scattered here and there. They’ve just been buried on lackluster albums. Without a doubt, that’s what this latest bit of contrivance reveals. Gems lost. Recently, I was struck by the warped, big band versions of Ferry songs in the German TV series, Babylon Berlin. And now, he’s gone and released a whole album of them. And unlike the godawful, As Time Goes By, there’s something going on between the ears. And maybe even the heart. While there are few choice Roxy Music re-workings, a lot of the material salvages great songs from the wasteland of Ferry’s solo years.

‘Alphaville’ (from 2010’s Olympia) has been reworked like something that crawled out of Kurt Weill’s Three Penny Opera. Ferry managing to sound both sinister and desperate, as opposed to his usual slurring on Valium approach. When he sings of “the loneliness I hide” on ‘Reason and Rhyme’, you believe it. Ferry’s voice cracking with uncharacteristic vulnerability.  ‘Sign of The Times’ successfully borrows from 1978’s ‘The Bride Stripped Bare’. ‘New Town’ beautifully shakes off the overproduced trappings of 1987’s Bête Noir.  Same goes for ‘Limbo’, a song now given a dark, Old World makeover and then cut with sudden blasts of Cab Calloway horns.
Of course, the album’s title derives from Country Life’s twisted cabaret epistle, ‘Bitter Sweet’. While less perverse, this version is just as dynamic. Ferry’s vocals taking on an ominous tone. Like some sleazy emcee creeping up on you in a dark alley. Throughout, Ferry displays more personality than he has in decades.
‘Dance Away’ from 1979’s risible, Manifesto has never been one of my favorites. It still isn’t. But this version has all the charm the original lacked. What’s more, it’s entirely instrumental. And oddly, far more eloquent than the lyric version. On the flip side, ‘While My Heart Is Still Beating’ has been a song that has stuck with me over the years and this rendition dances all over the original with all the grace of Fred Astaire in top hat and tails.

Along with ‘Bitter’s End’, ‘Sea Breezes’ mines Roxy Music’s debut for inspiration. Both are instrumental forays and they make for curious listening, but let’s face it, they were cut for soundtrack filler. Such isn’t the case with, ‘Chance Meeting’ however. While not entirely unwelcome, these versions sure as hell can’t compete with the Roxy originals.
The album ends with the haunting tango of, ‘Boys and Girls’. Another song lost in the haze of Ferry’s mind-numbingly boring solo career. Overall, it’s incredible to hear these songs take on a new life, salvaged from the crypt of cheesy, dated overproduction.

Without a doubt, this is a novelty. But it’s nowhere near cringe-worthy crap like, As Time By. While this isn’t completely outside of the box for Ferry, it works. For my money, he rescues a few pearls lost from the broken chain of his vapid solo career. And while Ferry hasn’t taken any real musical risks since Eno left Roxy, this is nothing to turn your nose up at.  So yeah, Ferry has been sucking royally for years. Even more maddening, there have been brief flashes of brilliance. Youtube his 1999 performance of ‘Butcher Boy’ during the Meltdown Festival. It's bone-chilling. Raw and spare. Ferry’s voice sounding uncharacteristically gruff and eerie. He also laid down a haunting, ‘Low Lands Low’ for the Rogues Gallery II album. While I’ve been hoping he’d ditch his fashion ad shackles and cut an album in the ‘Butcher Boy’ vein, I won’t be holding my breath. In the meantime, this is truly Bitter Sweet.