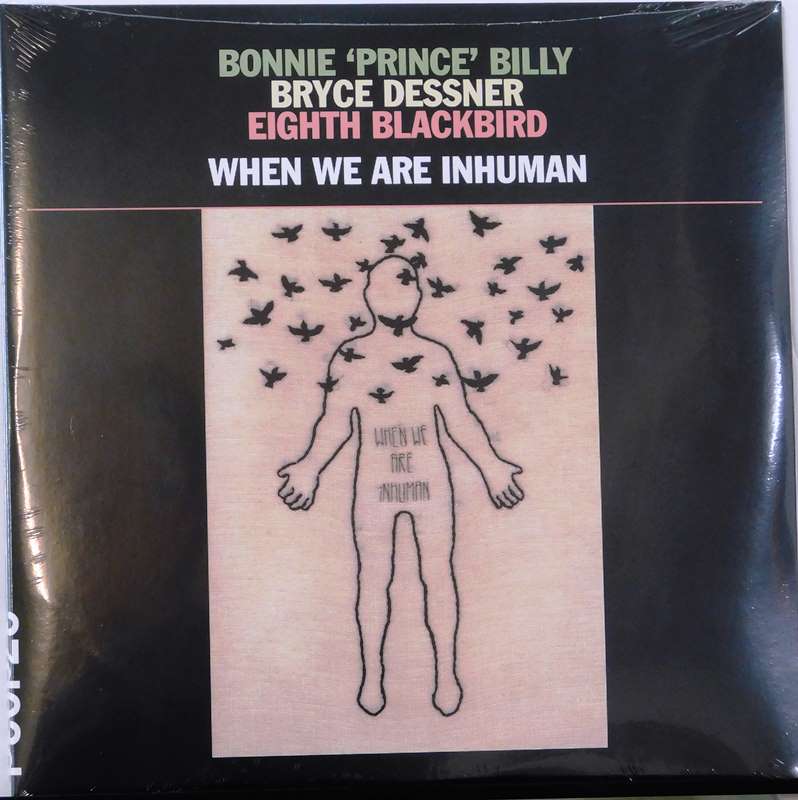 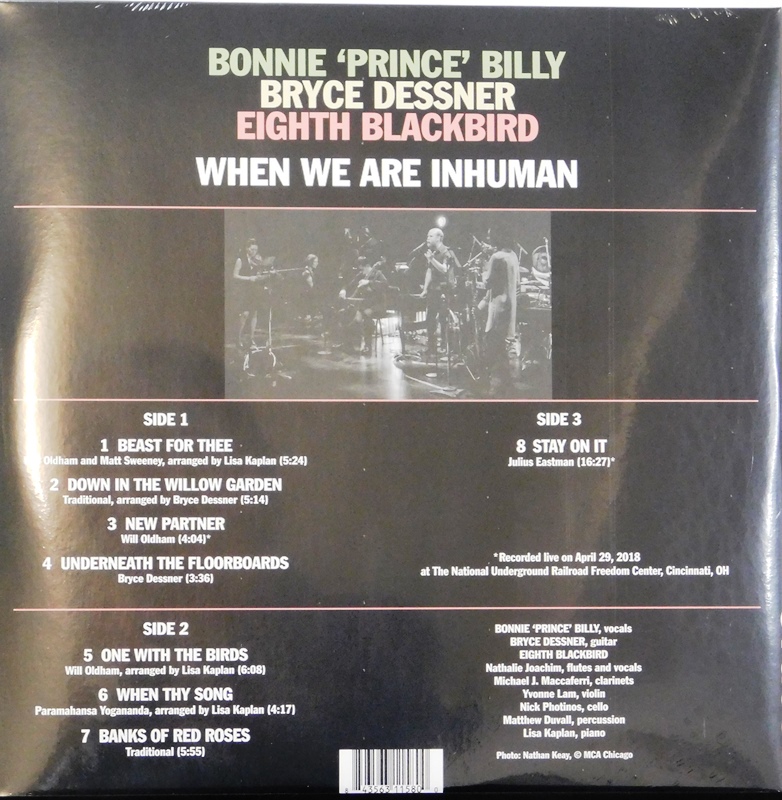 When We Are Inhuman

These contemporary classical arrangements of traditional folk and Bonnie “Prince” Billy songs are lovely to listen to, but not so clear thematically.

When We Are Inhuman is a prickly collection of traditional folk tunes interspersed with Bonnie “Prince” Billy songs, all of them arranged for the contemporary classical ensemble Eighth Blackbird. The mood is both playful and haunted: The arrangements are so spare that the instruments seem to hover a few inches off the ground, and Oldham’s voice, always a little eerie, winds through the space between them, sounding disembodied. The folk tunes were arranged by Bryce Dessner, the Oldham songs by Eighth Blackbird pianist Lisa Kaplan, and taken together, they address approximately the same things: the cruel side of devotion, the animalistic side of love, the devotional aspect of sex. Like all good folk songs, they seem to mix everything up with everything else.

Oldham seems to watch the animal kingdom closely, understanding, maybe, that we’re going to share their vantage point on the earth sooner or later, so he might as well learn what he can now. “One With the Birds,” another of his most beloved songs, appears here, with an arrangement that goes the obvious route of suggesting birdsong. But it also makes great use of the piano, with a music-box verse melody so delicate it sounds dreamt and some ominous low notes that rumble out at the end, reinforcing the lurking note of death.