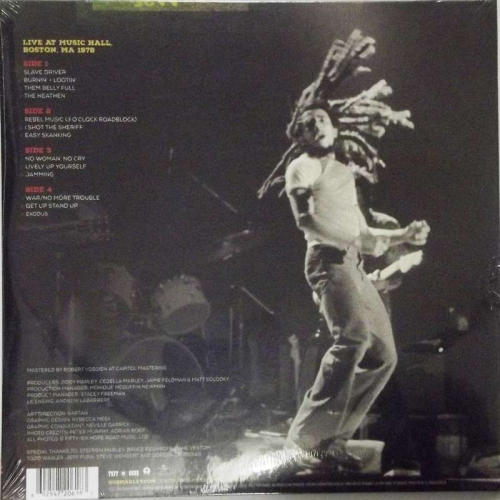 Captured on tour supporting the Kaya album, Easy Skanking in Boston '78 marks the beginning of the Universal Music Group's archival Bob Marley series, something made possible by the Marley family, who offered up plenty of archival concert and unreleased studio recordings. This first release is a powerful show, slowly rolling up from midtempo favorites into some kicking and classic Wailers anthems like "Jamming" and "Exodus." The sound quality is excellent and a vast improvement over bootlegs, which still sounded quite good, but it does seem an odd selection to launch the reggae legend's archival series, until one looks at the accompanying video release. Easy Skanking in Boston '78 (the video) features hand-held footage from a fan who captured the show with Marley's permission, but only seven of the songs were filmed, and even they're not complete. Still, both the previously unseen video and the audio release will hold interest for the casual fan as well as the fanatic, while the performance is outstanding, making one wonder if the always inspired Marley ever had an "off" night.