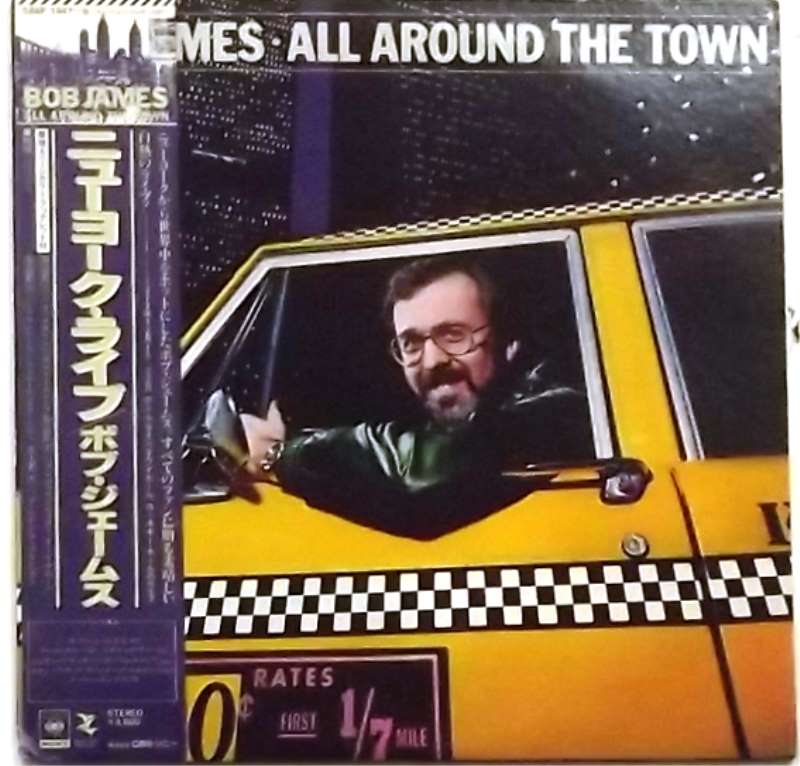 All Around The Town (Japanese Pressing)

Musically, the original double LP (whose format had been retained for the CD presentation) ranges from the more popular contemporary jazz of the period such as "Angela (Theme from Taxi)," and "Touchdown," jazz and classical standards (including Benny Goodman's "Stompin' at the Savoy," and Georges Bizet's "Farandole (L'Arlisienn Suite #2),") and even pop hits such as Boz Scaggs "We're All Alone." The Bottom Line material only includes two performances --the aforementioned "Angela" and "Westchester Ladies." Separated by the two discs, and sequenced to reflect dynamic and aesthetic differences, they are righteously intimate and groovy and truly reflect their environment. The Carnegie Hall cuts are the most satisfying because of James' killer charts. The nearly 12-minute Scaggs' tune goes into a wild interlude that distills everything form pop balladry to jazz-funk to big-band wail. Elsewhere, the reading of James' "Kari," that closes disc two reveals just how intimate a larger group can be with a lovely showcase for Klugh and Bullock's collective sense of counterpoint, even as the piece moves and shimmers with a lithe Caribbean-influenced rhythm. The highlight from the Town Hall gigs is James' stellar "The Golden Apple," that clocks in at over ten minutes. The three pianists really get to interact here in the various modes at work in the core of the tune. While it's true that some of James recordings sound dated because of production, All Around the Town sounds as fresh in the 21st century as it did when it was issued.