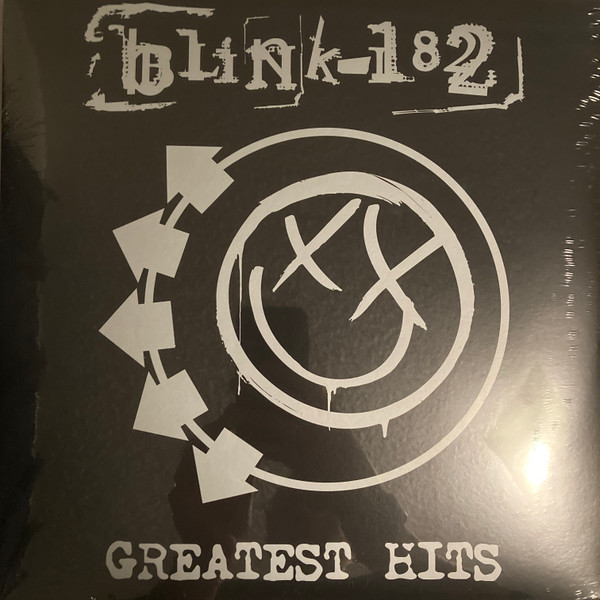 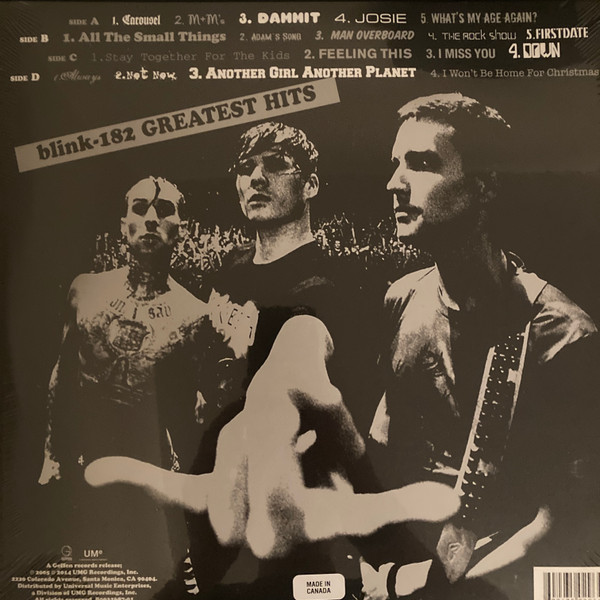 Greatest Hits is the first greatest hits album of American rock band Blink-182. It was released on October 31, 2005 by Geffen Records. Greatest Hits was created by Geffen shortly after the band's February 2005 breakup, termed an "indefinite hiatus" by the label. Tensions had risen in the group and guitarist Tom DeLonge desired to take time off. Bassist Mark Hoppus and Travis Barker argued with DeLonge regarding the band's future and their possible next album, and heated exchanges led to DeLonge's exit. In the interim, Hoppus and Barker continued playing together in +44, and DeLonge formed his new outfit Angels & Airwaves.

The compilation collects the band's most successful singles with one new song and a non-album track. The collection covers tracks from the band's debut album Cheshire Cat (1995) to their self-titled album[1] (2003). Greatest Hits features numerous hit singles by the band, including "Dammit", "What's My Age Again?", "All the Small Things", "The Rock Show", "First Date", "Feeling This" and "I Miss You".

"Not Now", which was recorded during the Blink-182 sessions (and originally released as a bonus track on the UK edition of Blink-182), featured on the compilation and was released as its lead single; a cover of "Another Girl, Another Planet" by the Only Ones was sent to radio as an airplay single.

Greatest Hits peaked at number six on the Billboard 200 album chart. Critics were generally very positive regarding Greatest Hits, viewing it a suitable, reflective compilation of the band's hits. Andy Greenwald of Blender called it a "flawless compilation," covering the group's transition from "nudists to near-geniuses."[2] The compilation was released alongside a DVD of the same name, a collection of the trio's music videos to that point in time. Greatest Hits has been certified platinum in Canada and triple platinum in Australia.