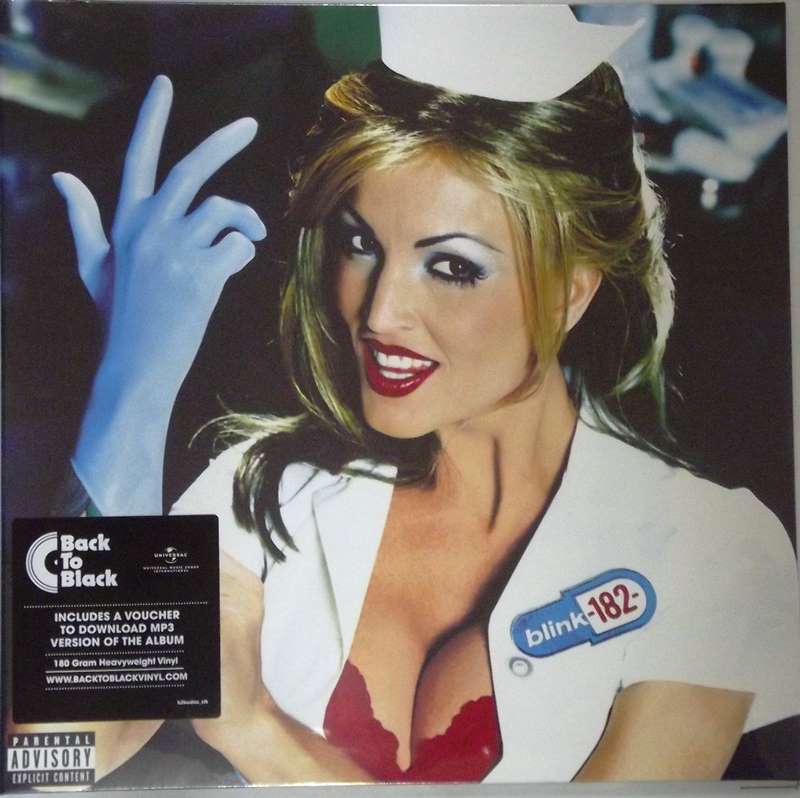 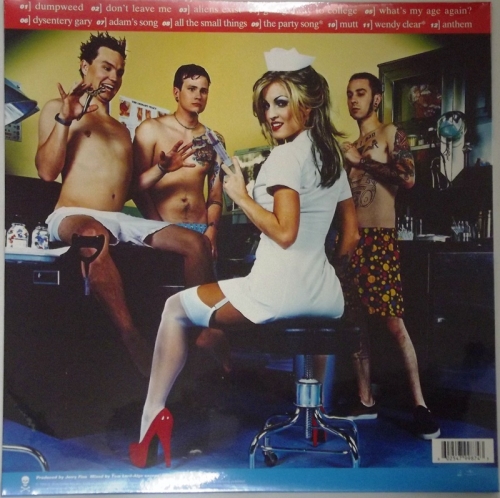 Enema Of The State

Enema of the State is the third studio album by American rock band Blink-182. Produced by Jerry Finn, the album was released on June 1, 1999 by MCA Records. After a long series of performances at various clubs and festivals and several indie recordings throughout the 1990s, Blink-182 first achieved popularity on the Warped Tour and in Australia following the release of their sophomore effort Dude Ranch (1997) and its rock radio hit "Dammit". To record their third album, Blink-182 turned to veteran punk rock producer Jerry Finn, who previously worked on Green Day's breakthrough album, Dookie (1994). Enema was the band's first album to feature second drummer Travis Barker, who replaced original drummer Scott Raynor.

The group recorded with Finn over a period of three months at numerous locations in their hometown of San Diego and Los Angeles. Finn was key in producing the fast-paced, melodic mixes, creating pop punk with a more radio-friendly, accessible polish. Lyrically, the album is inspired by adolescent frustration and relationships. Guitarist Tom DeLonge and bassist Mark Hoppus primarily culled stories from friends and autobiographical situations to craft summery tracks revolving around breakups, suburban parties and maturity, as well as more offbeat subject matter such as UFO conspiracy theories. The cover artwork for Enema of the State features porn star Janine Lindemulder famously clad in a nurse uniform, and the title is a pun on the term enemy of the state.

Enema of the State was an enormous commercial success, though the band was criticized as synthesized, manufactured pop only remotely resembling punk and pigeonholed as a joke act due to the puerile slant of its singles and associating music videos. The album sold over 15 million copies worldwide, catapulting the band to become one of the biggest rock bands of the turn of the century. "What's My Age Again?", "All the Small Things" and "Adam's Song" became hit singles and MTV staples, generating heavy radio airplay. Enema of the State had an extensive impact on contemporary pop punk, reinventing it for a new generation and spawning countless tributes and acolytes.