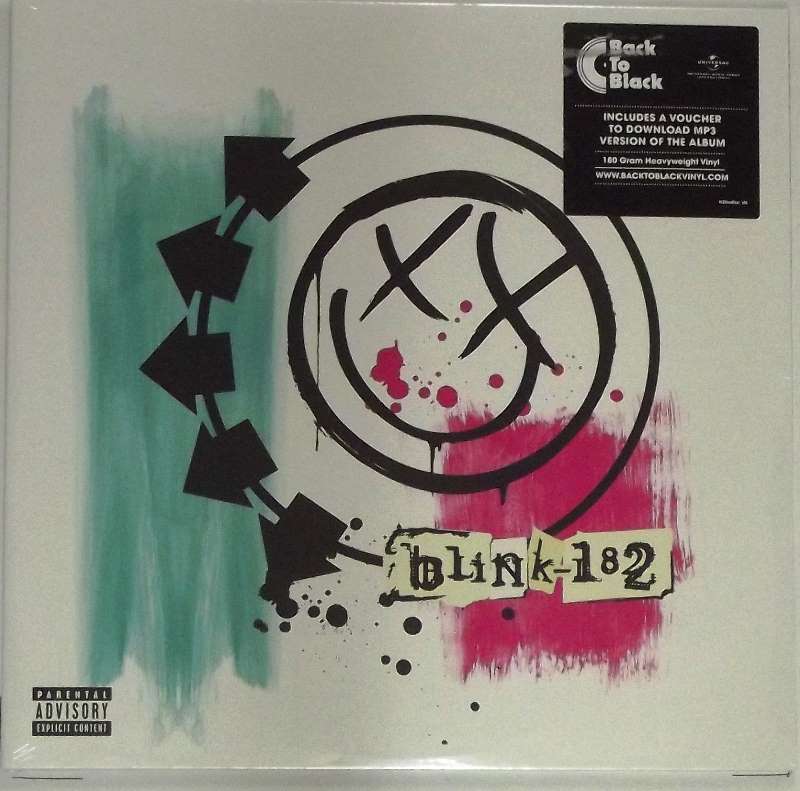 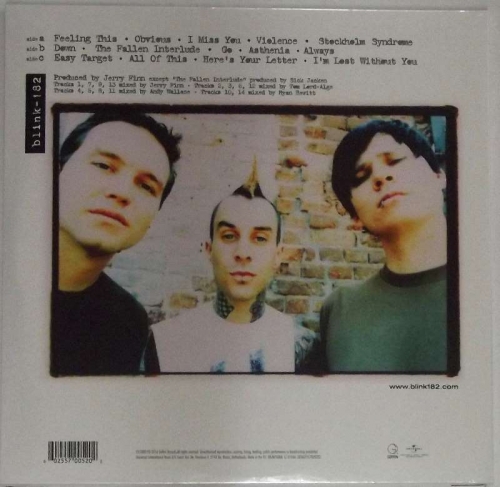 Blink-182 is the eponymously titled fifth studio album by American pop-punk band Blink-182. It was produced by Jerry Finn and released November 18, 2003, through Geffen Records. Following the band's ascent to stardom and success of their prior two releases, the trio were compelled to take a break and subsequently participated in various side projects (Box Car Racer and Transplants). When they regrouped, the band felt inspired to approach song structure and arrangements differently on their next effort together. The record was left untitled as to refrain from labeling its content, and its packaging features a "smiley face" logo inspired by pop art.

Recorded throughout 2003, Blink-182 marks a departure from the band's earlier work, infusing experimental elements into their usual pop punk sound, inspired by lifestyle changes (the band members all became fathers before the album was released) and side projects. Its songs are characterized by downcast and expansive sonic atmospheres, showcasing what critics dubbed a more elaborate, mature side of the band. Songwriting is more personal in nature and explores darker territory, touching upon the realities of adulthood and unexpected hardships. The record features a collaboration with The Cure frontman Robert Smith.

Fans were generally split regarding the band's "new" direction, but the record proved successful, selling 2.2 million copies in the United States. The album received positive reviews, with critics welcoming the change in tone. Lead singles "Feeling This" and "I Miss You" received the most radio airplay of the four singles released and peaked high on Billboard charts. The worldwide touring schedule, which saw the band travel to Japan and Australia, also found the three performing for troops stationed in the Middle East. Blink-182 was the band's last recording with longtime producer Jerry Finn and their final original material before a four-year-long hiatus.