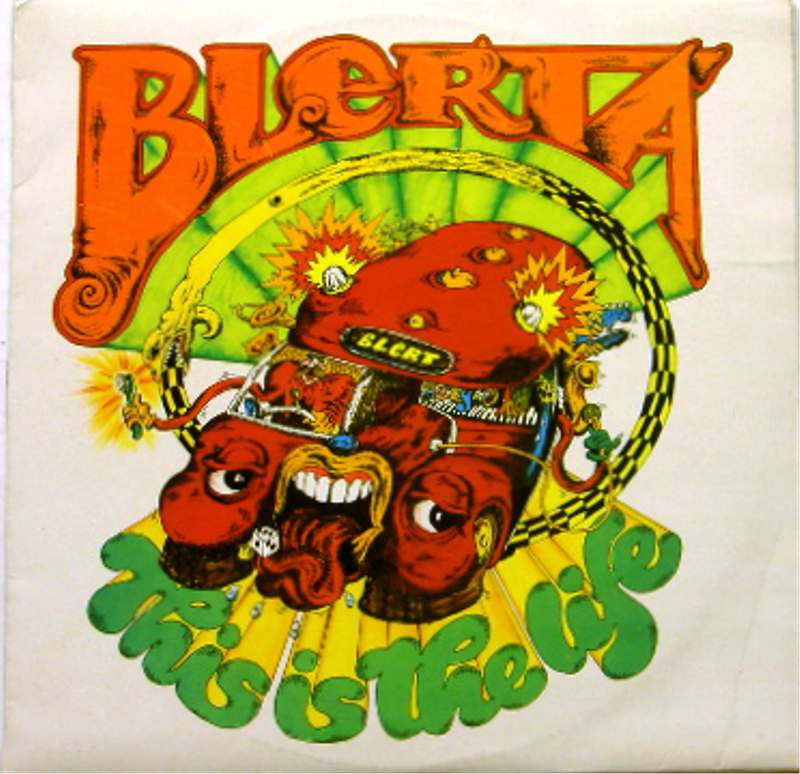 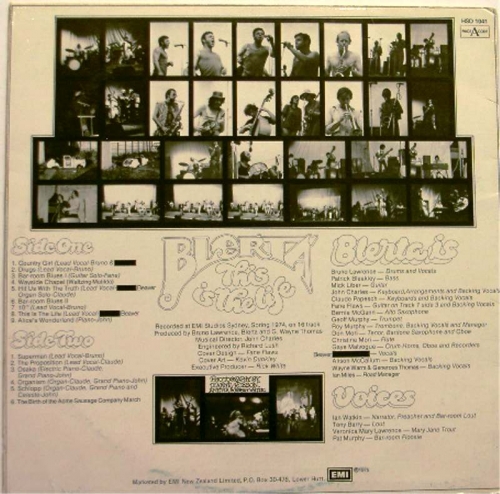 This is the Life

The brainchild of drummer Bruno Lawrence, Blerta were among the most eccentric acts ever to achieve chart success in their native New Zealand; an oddball musical theater troupe and hippie collective on wheels, they eventually landed not only on the pop charts but also in television and film. David Charles Lawrence was born February 2, 1941, in Brighton, England; his father was a New Zealand native, and the family moved there in 1946, eventually settling in the Wellington area. By his early teens, Lawrence -- nicknamed "Bruno" by friends -- was drumming in a school band, and after his first exposure to jazz, the music became his obsession in the years to follow. Upon relocating to Christchurch, he scored his first professional gig with the Southern Comedy Players in a production titled Fresh as Air; after six months with the troupe, he landed in Auckland, a hotbed for jazz, and over time developed a reputation as a gifted drummer. Lawrence did not make his first foray into rock music until 1965, sitting in with a group called the Measles; as simply Bruno, he then recorded the hit "Bruno Do That Thing." An extended stay with Max Merritt & the Meteors followed, but after leaving their ranks in 1967, he seemed to slowly lose interest in music, instead turning to acting and filmmaking. An appearance in the 1970 tele-picture Time Out was highly regarded, but when his original composition "Ride the Rain" became a major hit for the Quincy Conserve, Lawrence's focus returned to music. After forming a new group called Littlejohn, he began pondering the various ways to bring his interests in music, film, theater, and politics together into one project; the result was a multimedia road show called the Bruno Lawrence Electric Revelation and Travelling Apparition, or simply Blerta. With a variety of family members, friends, and performers in tow, Blerta hit the road in 1971 in a 1948 Leyland Tiger bus; their surreal, anarchic live performances stretched the concept of musical theater to its breaking point, coming complete with delirious visual effects and strange, experimental short films. Somehow, Lawrence convinced the HMV label to release a Blerta record, and in 1972 their debut single, "Dance Around the World," a sweetly childlike parable, became a surprise hit. A follow-up, "Aunty Ada," soon followed; surely one of the strangest singles ever issued on a major label in New Zealand (or, for that matter, anywhere), it was a largely spoken word rant that radio let slip by without comment. A third Blerta single, "Hullo Hullo," was also a commercial failure, but the group continued touring to considerable success, its lineup remaining in a constant state of flux. Blerta's cult following grew over the course of 1973, but in early 1974 their travels ground to a halt when hepatitis swept through the group; as the individual members retreated to parts unknown to recuperate, the troupe simply fell apart. By midyear, Lawrence assembled a new cast of characters around him, although the number of Blerta gigs tapered off dramatically; in the meantime, he secured a number of session dates, eventually drumming in a band called Mother Earth. Out of these projects emerged the opportunity to record a Blerta LP: This Is the Life, issued in 1975, was a typically obscure collection of stage favorites and free jazz workouts. That same year, Blerta mounted their biggest tour to date, regularly performing four-hour shows to increasingly large crowds. However, as the economics of keeping such a huge project afloat threatened the group's existence, Blerta turned to television, launching a short-lived but award-winning Blerta series in 1976; a later film and LP, both titled Wild Man, became the troupe's swan song.-All Music Guide