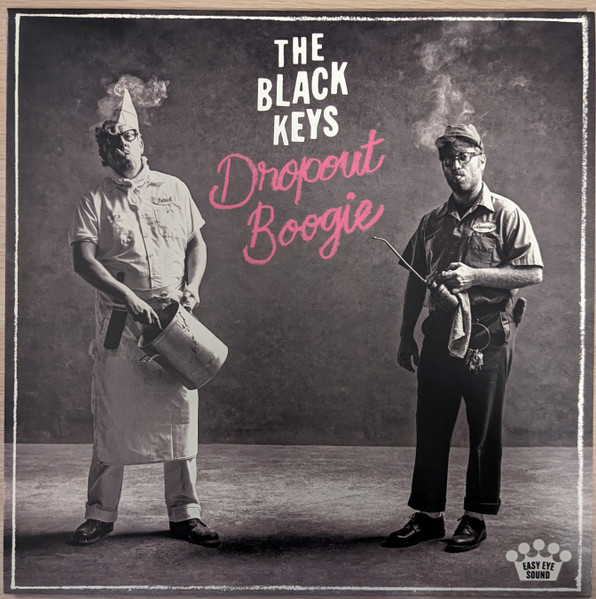 ‘Dropout Boogie’ follows on from 2021’s ‘Delta Kream’ and was written by Dan Auerbach and Patrick Carney in the studio. According to a press release, the new album captures a number of first takes that hark back to the stripped-down blues-rock of their early days making music together in basements.

“That’s always been the beauty of the thing Pat and I do. It’s instant,” Auerbach said. “We’ve never really had to work at it. Whenever we’d get together, we’d just make music, you know? We didn’t know what we were going to do, but we’d just do it and it would sound cool.”

“It’s the natural chemistry Pat and I have,” he continued. “Being in a band this long is a testament to that. It was a real gift that we were given. I mean, the odds of being plopped down a block-and-a-half from each other in Akron, Ohio – it just seems crazy.”

“Living in Nashville and making records here has opened both of our minds to that experience a little bit more,” said Auerbach about inviting the likes of Cartwright and Petraglia into The Black Keys’ sessions. “I knew Pat would love working with both of these guys, so we decided we’d give it a shot. It was the first time we’d ever really done that. It was fun as hell. We just sat around a table with acoustic guitars and worked out a song ahead of time.”