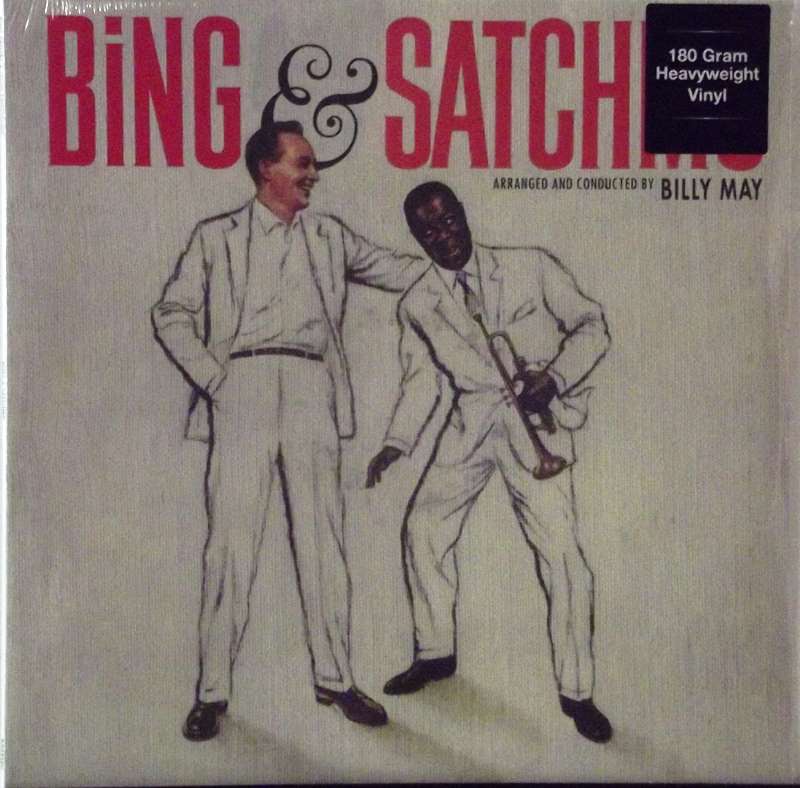 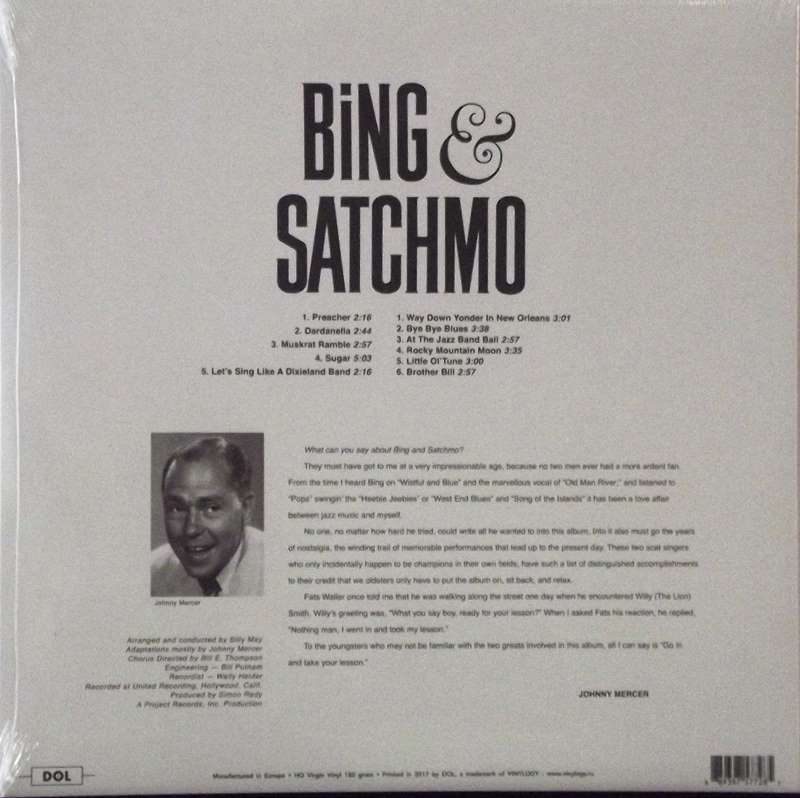 Bing & Satchmo is a 1960 studio album by Bing Crosby and Louis Armstrong that was arranged and conducted by Billy May.[2] The album was recorded for Crosby's label, Project Records, and released by MGM.

Crosby and Armstrong worked together many times before they recorded this album, appearing in films such as Pennies from Heaven (1936), Here Comes the Groom (1951), and High Society (1956). They made several radio broadcasts together between 1949 and 1951.[3]

The lyrics of the songs were adapted for them by a number of notable songwriters.[4]

Eleven tracks were issued on the LP, excluding "(Up A) Lazy River" because Armstrong had recorded it for another company. Permission was granted for it to be included in the All Star Festival LP issued in 1963 on behalf of the United Nations to help refugees around the world.[5] Johnny Mercer sings a few lines with the chorus on this track.

"Dardanella" and "Muskrat Ramble" were released as singles in October 1960. Billboard magazine commented that the tracks would be popular with "jocks".[6]