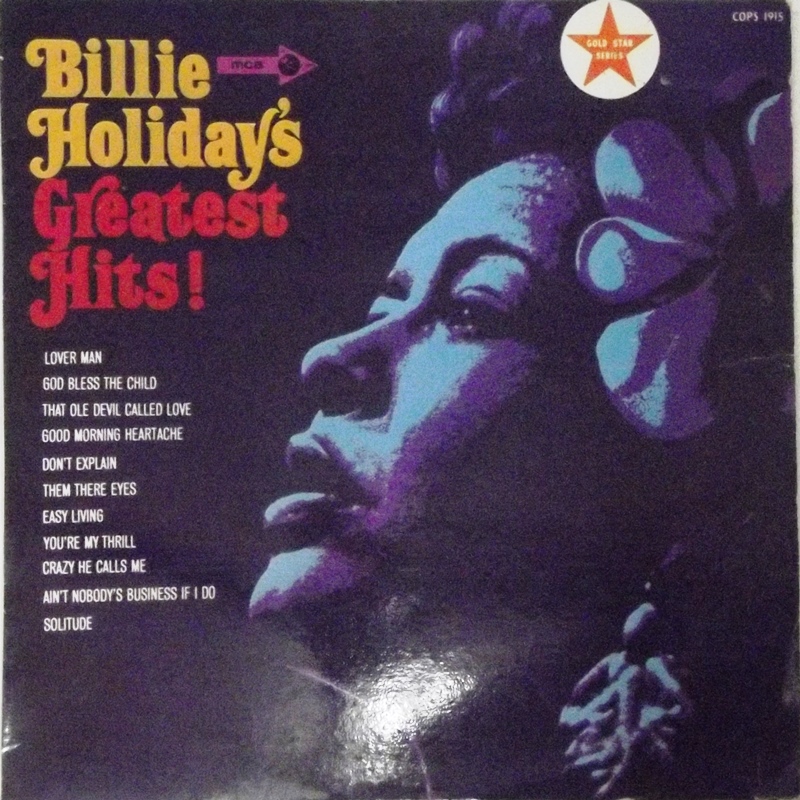 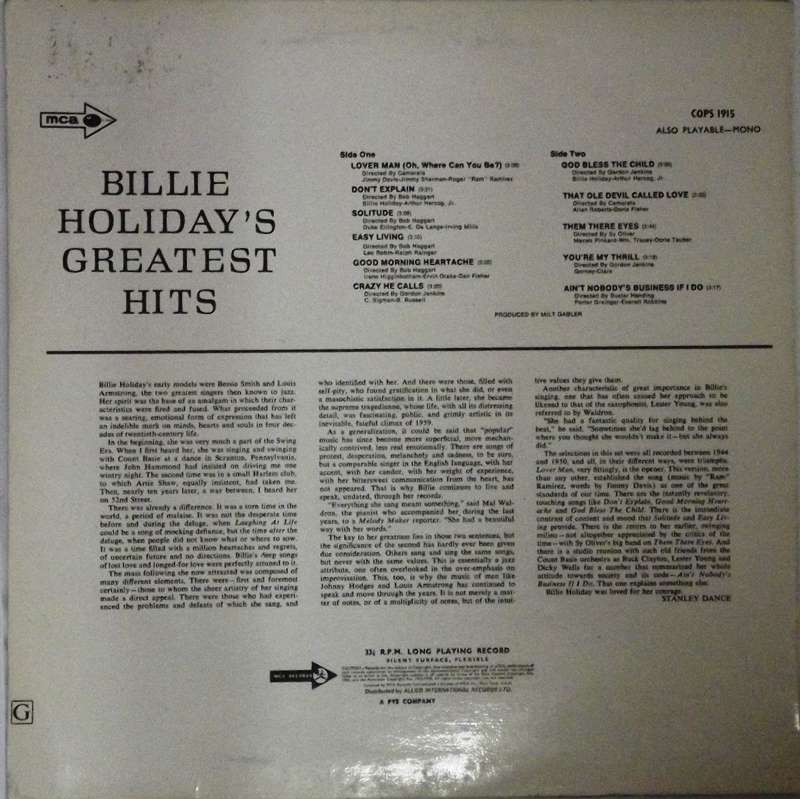 Eleanora Fagan (April 7, 1915 – July 17, 1959), professionally known as Billie Holiday, was an American jazz musician and singer-songwriter with a career spanning nearly thirty years. Nicknamed "Lady Day" by her friend and music partner Lester Young, Holiday had a seminal influence on jazz music and pop singing. Her vocal style, strongly inspired by jazz instrumentalists, pioneered a new way of manipulating phrasing and tempo. She was known for her vocal delivery and improvisational skills, which made up for her limited range and lack of formal music education. There were other jazz singers with comparable talent, but Holiday had a voice that captured the attention of her audience.[2]

After a turbulent childhood, Holiday began singing in nightclubs in Harlem, where she was heard by the producer John Hammond, who commended her voice. She signed a recording contract with Brunswick Records in 1935. Collaborations with Teddy Wilson yielded the hit "What a Little Moonlight Can Do", which became a jazz standard. Throughout the 1930s and 1940s, Holiday had mainstream success on labels such as Columbia Records and Decca Records. By the late 1940s, however, she was beset with legal troubles and drug abuse. After a short prison sentence, she performed a sold-out concert at Carnegie Hall, but her reputation deteriorated because of her drug and alcohol problems.

Though she was a successful concert performer throughout the 1950s with two further sold-out shows at Carnegie Hall, Holiday's bad health, coupled with a string of abusive relationships and ongoing drug and alcohol abuse, caused her voice to wither. Her final recordings were met with mixed reaction to her damaged voice but were mild commercial successes. Her final album, Lady in Satin, was released in 1958. Holiday died of cirrhosis of the liver on July 17, 1959. A posthumous album, Last Recording, was released following her death.

Much of Holiday's material has been rereleased since her death. She is considered a legendary performer with an ongoing influence on American music. She is the recipient of four Grammy awards, all of them posthumous awards for Best Historical Album. Holiday herself was inducted into the Grammy Hall of Fame in 1973. Lady Sings the Blues, a film about her life, starring Diana Ross, was released in 1972. She is the primary character in the play and later the film Lady Day at Emerson's Bar and Grill; the role was originated by Reenie Upchurch in 1986 and was played by Audra McDonald on Broadway (she received a Tony Award for her performance) and in the film