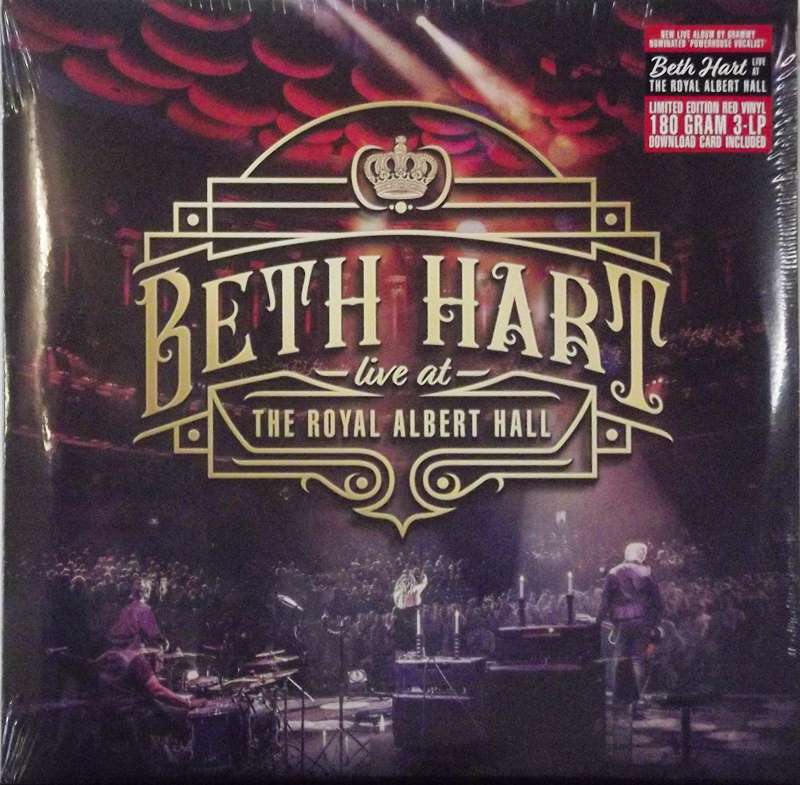 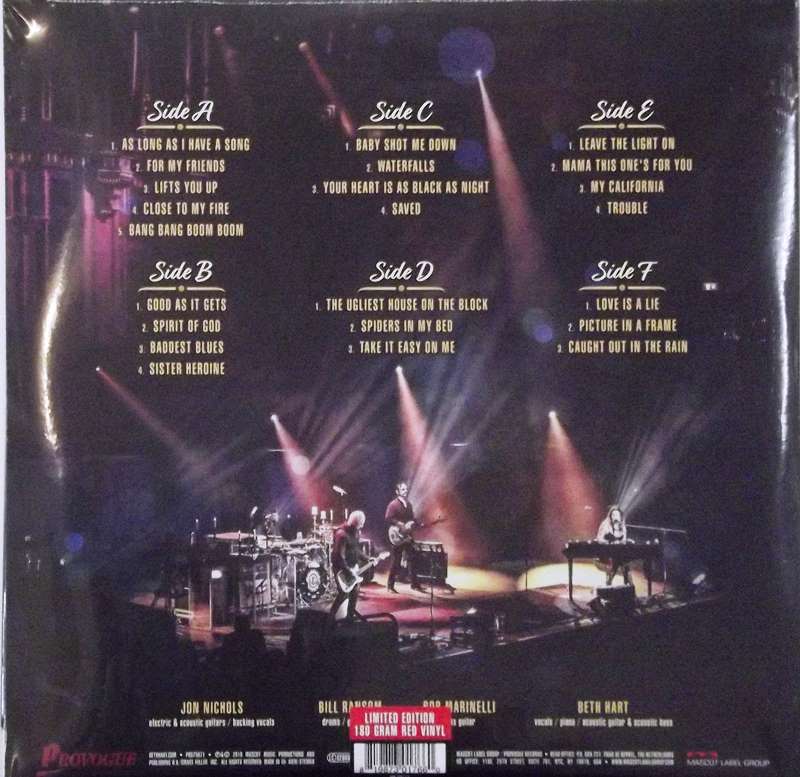 The double set ‘Live At The Albert Hall’ squares the circle of Beth Hart’s roller coaster career. The former wild child and rock chick has matured into a stellar performer who delivers a career defining live album.

“Can you believe this place?” she asks the packed crowd after an a cappella intro to ‘As Long as I Have A Song’. It’s almost as if she making a reference to a musical healing process, as she draws on a troubled past to share the highs, lows and ironic moments of her musical journey.

She started on the streets of LA and enjoyed initial success in the late 90′s, before things imploded and this Albert Hall show is a high point following her return to the up escalator.

She works the crowd like a true-pro on the breathless ‘Lifts You Up’ and she makes her first big emotional connection of the night on ‘Close To My Fire’, overcoming the scratchy toned opening guitar line (countered by a big tremolo sound) with some effortless phrasing.

The celebratory ‘Bang Bang Boom Boom’ includes a fun ‘call and response’ intro, on a typical example of how the set list ducks and dives in between deep felt emotion and playful moments.

It’s her ability to work the room with a meticulously planned show that makes this album such a success. There’s still plenty of room for spontaneity though – it wouldn’t be a Beth Hart show without such moments – as she reaches out to the crowd, her mum and any other focal point, to keep the show moving.

The crowd laps it all up from the punchy ‘Good As It Gets’ to the rocking ‘Spirit Of God’ and the heartfelt ballads ‘Sister Heroine’ and ‘Your Heart Is A Black As Night’, while the intro to ‘Waterfalls’ sounds like an aboriginal cry and finds the crowd in full voice.

It takes a big personality to hold the crowd for over 2 hours, which perhaps explains the gospel filler ‘I’m Saved’, albeit it could be an oblique reference to her own redemption.

There’s a switch to acoustic for the poignant ‘The Ugliest House On The Block’ and the dark ‘Spiders In My Bed’, which curiously has a Caribbean flavour.

She moves to piano for the beautifully phrased ‘Take It Easy On Me’ and the similar confessional ‘Leave The Light On’, the kind of song that draws the crowd into her troubled past.

And it’s Beth Hart’s ability to take us on a musical journey to join the dots between her highs and best forgotten lows, that makes her such a compelling performer.

Her diction, phrasing and relaxed delivery on ‘Mama This One’s For You’ is that of a singer with total confidence in her ability to nuance her lyrics and fashion them with deep emotion and a voice that wraps round her lyrics like honey.

She dedicates another confessional ‘My California’ to her hubbie, as she finishes in singer-songwriter mode, while the perfunctory finish allows the Albert Hall crowd their cathartic release.

And having rocked, beguiled and entertained in equal measure, she’s back in rock mode on ‘Trouble’, and the stuttering rhythm of ‘Love Is A Lie’, a song which gives full reign to her vibrato.

She finishes a 4 song encore with the whispered, close to the mic and quiet-to-loud dynamics of ‘Caught Out In The Rain’, to provide a suitable lengthy book-end to a show that fully showcases her talents. ****½