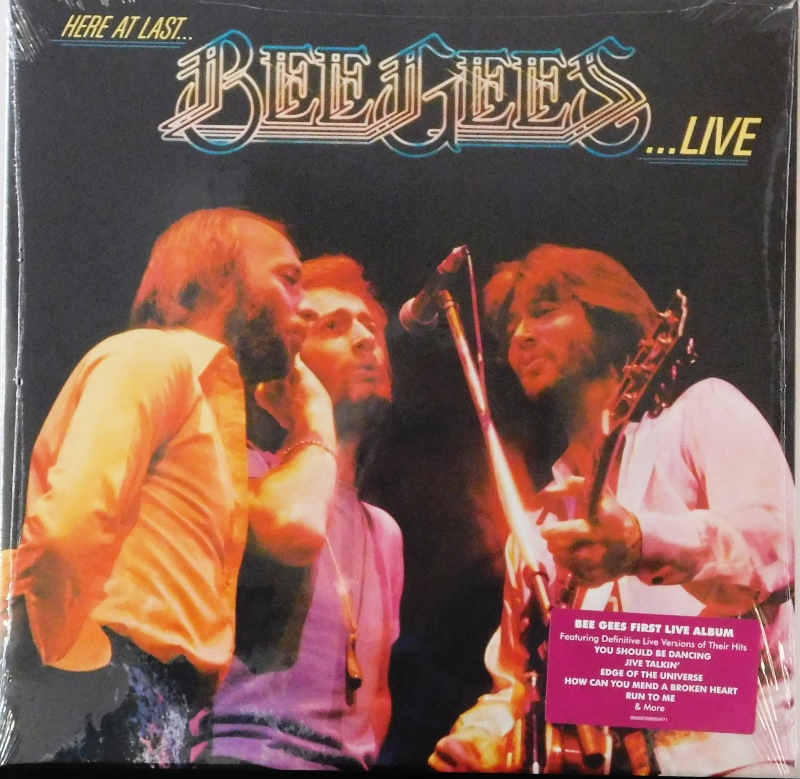 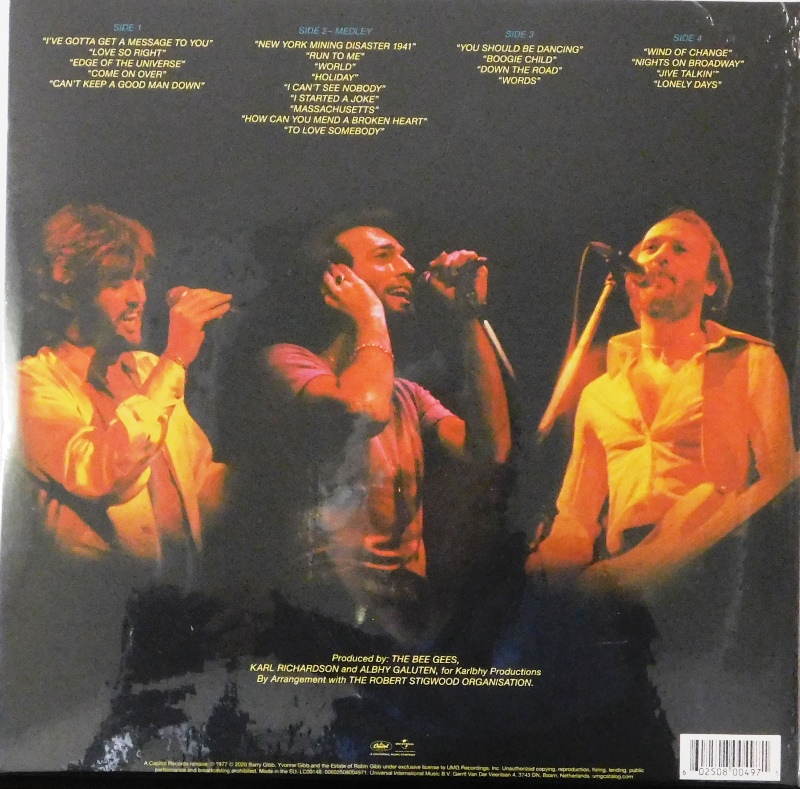 Here at Last was the first official live recording released by the Bee Gees, though many bootlegs have existed throughout the years of earlier performances. The concert was filmed and a TV special was planned, but after reviewing the footage the Bee Gees were unhappy with the quality of the video so it has not been released. A single from the concert, "Edge of the Universe", was released in Canada and the US where it hit No. 16 and No. 26, respectively, on the singles charts. A promo single with "Lonely Days" live was released in the US but did not chart.

The album was recorded at the LA Forum on December 20th 1976 and Barry Gibb can be heard wishing the audience a Merry Christmas at the end.

The content of the show consisted chiefly of songs that had been hit singles plus songs from the recent hit albums Main Course and Children of the World. There was also a rendition of Down the Road from the more obscure album Mr. Natural (1974).