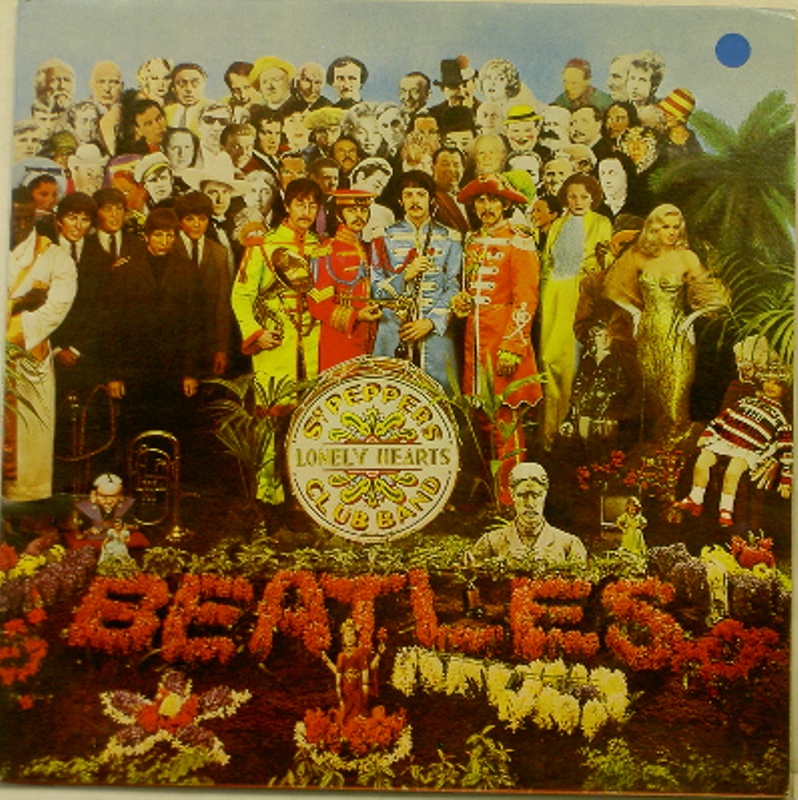 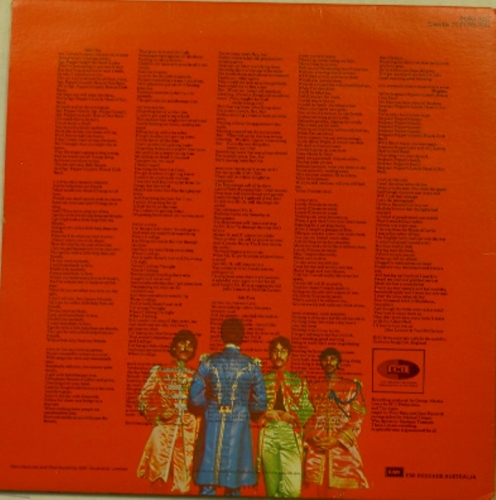 Sgt. Pepper's Lonely Hearts Club Band is the eighth studio album by the British rock band the Beatles. Released on 1 June 1967, it was an immediate commercial and critical success, spending 27 weeks at the top of the albums chart in the United Kingdom and 15 weeks at number one in the United States. Time magazine declared it "a historic departure in the progress of music" and the New Statesman praised its elevation of pop to the level of fine art.[1] It won four Grammy Awards in 1968, including Album of the Year, the first rock LP to receive this honour.

In August 1966, the Beatles permanently retired from touring and began a three-month holiday from recording. During a return flight to London in November, Paul McCartney had an idea for a song involving an Edwardian era military band that would eventually form the impetus of the Sgt. Pepper concept. Sessions for the Beatles' eighth studio album began on 24 November in Abbey Road Studio Two with two compositions inspired from their youth, "Strawberry Fields Forever" and "Penny Lane", but after pressure from EMI, the songs were released as a double A-side single; they were not included on the album.

In February 1967, after recording "Sgt. Pepper's Lonely Hearts Club Band", McCartney suggested that the Beatles should release an entire album that would represent a performance by the fictional Sgt. Pepper band. This alter ego group would give them the freedom to experiment musically. During the recording sessions, the band endeavoured to improve upon the production quality of their prior releases. Knowing they would not have to perform the tracks live, they adopted an experimental approach to composition, writing songs such as "With a Little Help from My Friends", "Lucy in the Sky with Diamonds" and "A Day in the Life". The producer George Martin's innovative recording of the album included the liberal application of sound shaping signal processing and the use of a 40-piece orchestra performing aleatoric crescendos. Recording was completed on 21 April 1967. The cover, depicting the band posing in front of a tableau of celebrities and historical figures, was designed by the British pop artists Peter Blake and Jann Haworth based on a sketch by McCartney.

Sgt. Pepper is regarded by musicologists as an early concept album that advanced the use of extended form in popular music while continuing the artistic maturation seen on the Beatles' preceding releases. It has been described as one of the first art rock LPs, aiding the development of progressive rock, and credited with marking the beginning of the Album Era. An important work of British psychedelia, the multigenre album incorporates diverse stylistic influences, including vaudeville, circus, music hall, avant-garde, and Western and Indian classical music. In 2003 the Library of Congress placed Sgt. Pepper in the National Recording Registry, honouring the work as "culturally, historically, or aesthetically significant".[2] That same year Rolling Stone magazine ranked it number one in its list of the "500 Greatest Albums of All Time". As of 2014 it has sold more than 30 million copies worldwide, making it one of the best-selling albums in history. Professor Kevin J Dettmar, writing in the Oxford Encyclopedia of British Literature, described it as "the most important and influential rock and roll album ever recorded