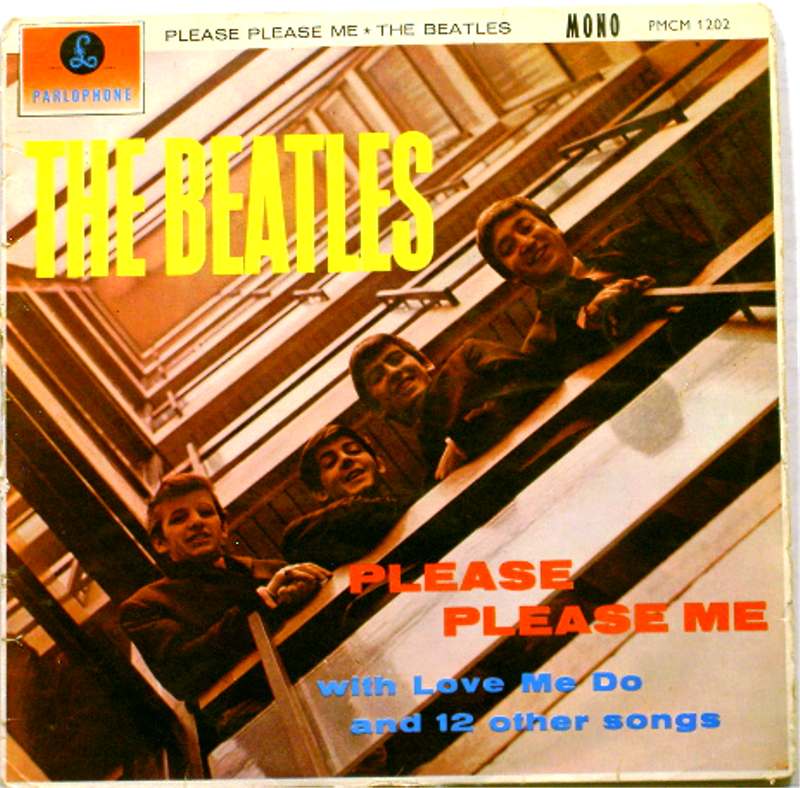 Good vinyl with minor marks housed in a gloss cover having shelf wear and 4cm split on centre of spine.

Please Please Me is the debut studio album by the English rock band the Beatles. Parlophone rush-released the album on 22 March 1963 in the United Kingdom to capitalise on the success of the singles "Please Please Me" (No. 1 on most lists but only No. 2 on Record Retailer)[6] and "Love Me Do" (No. 17).

Of the album's 14 songs, eight were written by Lennon–McCartney (originally credited "McCartney–Lennon"), early evidence of what Rolling Stone later called "[their invention of] the idea of the self-contained rock band, writing their own hits and playing their own instruments."[7] In 2012, Please Please Me was voted 39th on Rolling Stone magazine's list of the "500 Greatest Albums of All Time."[8]