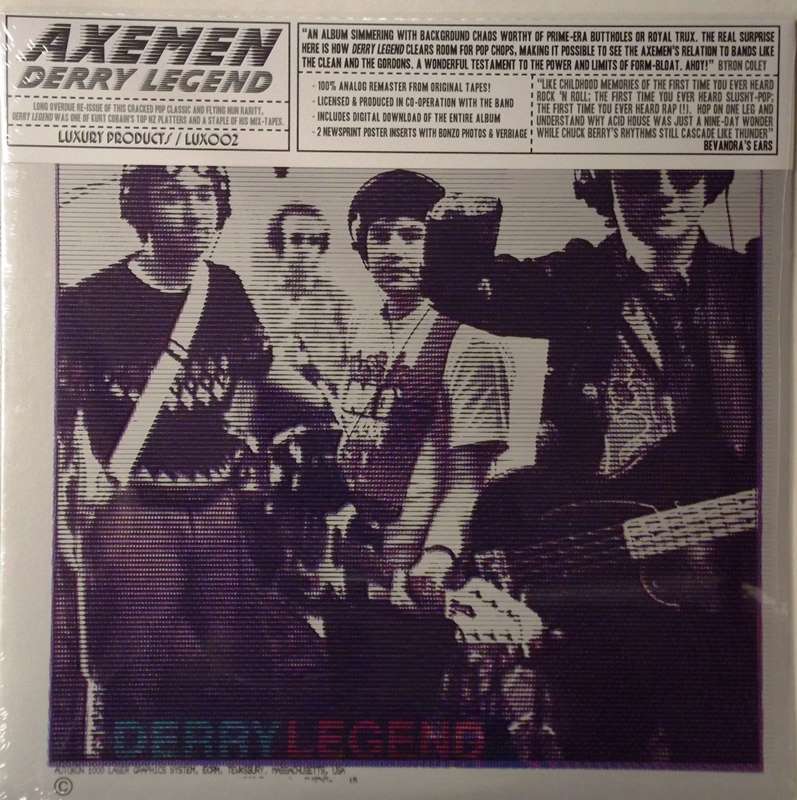 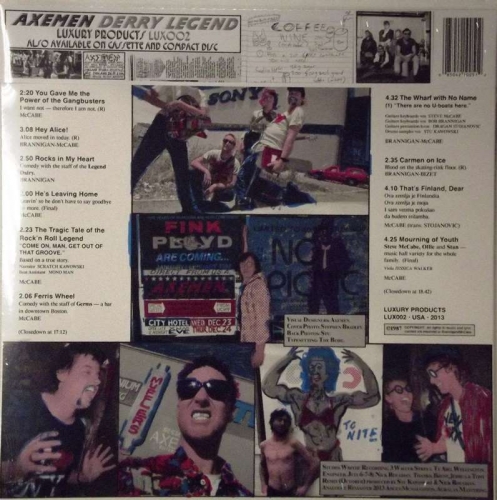 “An album simmering with background chaos worthy of prime-era Buttholes or Royal Trux. The real surprise is how Derry Legend clears room for pop chops, making it possible to see the Axemen’s relation to bands like the Clean and the Gordons. A wonderful testament to the power and limits of form-bloat. Ahoy! — Byron Coley

Long overdue re-issue of this cracked pop classic and Flying Nun rarity, Derry Legend was one of Kurt Cobain’s top NZ platters and a staple of his mix-tapes.

Once I saw this band play live and thought “Ugh! What is this crap?!” I tried to listen to their truly awful “Three Virgins” album, but just couldn’t see (hear?) the point. So the other day when a flatmate bought this “new” album (it appears to have been recorded in 1987, actually), I just shook my head and thought “so some people still buy records just because they like the cover art.”

Then a strange thing happened: by accident I heard the last song first and thought “Hey that’s quite good.” I played the first side next – better still! – then the whole second side – FAR OUT! Since then I’ve been playing this over and over and it just cracks me up how good it is.