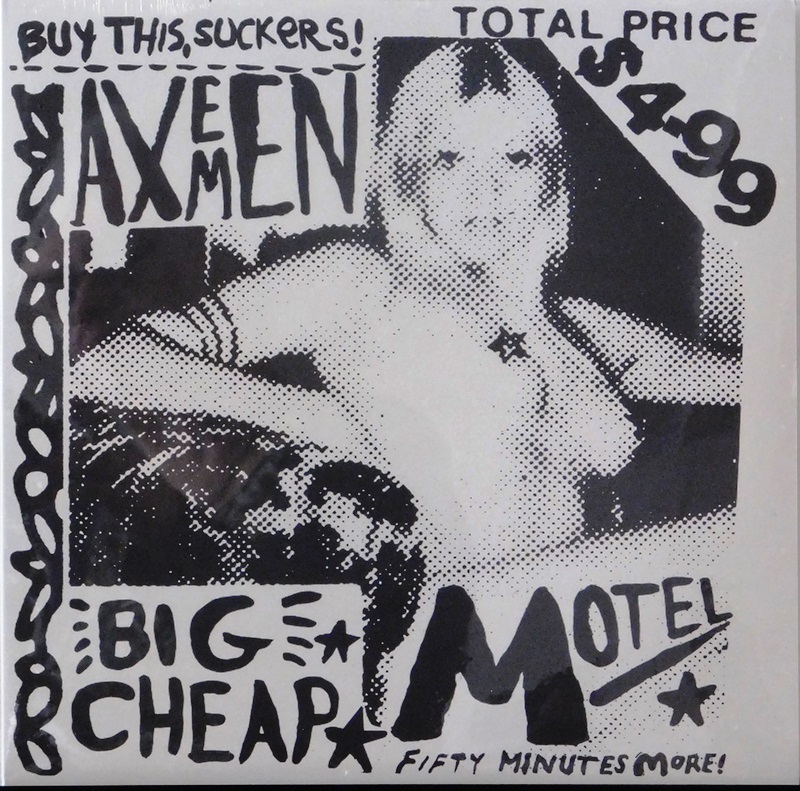 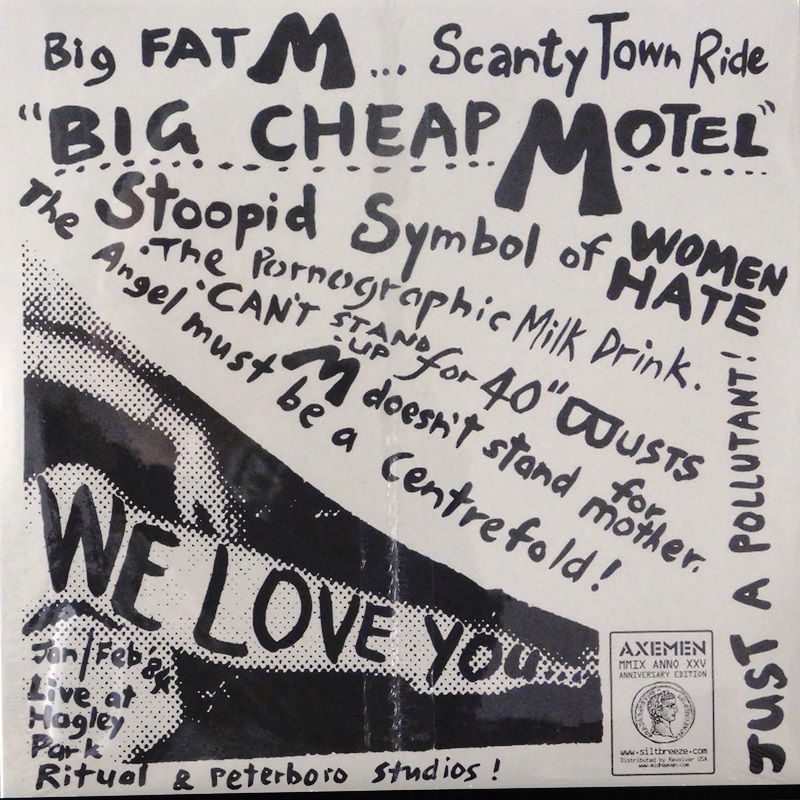 The Axemen are kinda like the Electric Eels with more brain power—one of the most underrated bands on Flying Nun Records. These guys put together art punk and politics like no other New Zealand act to date.

Big Cheap Motel—re-issued on American record  label Siltbreeze in 2009—was first released on cassette in 1984 to protest Australian milk company Big M’s sexist advertizing campaign. The ads were featured at Christchurch’s Summertimes Festival which the Axemen played in January of that year. Each track, with titles such as “Stoopid Symbol of Womin-Hate!” and “Your Milk Comes from Cows”, is a Mark E. Smith-inspired attack on the corporation. “Sorry Mister Mayor/Can’t support your good-time fests./Not when they’re supported by exploiting women’s breasts” (lyrics, “Your Milk Comes from Cows”).

Fidelity wise, the recording quality is low. Lower than low. Song structures are minimal with each track standing out on its own and stating its objective. I’ve always liked the idea of Lou Reed’s Metal Machine Music, but didn't care for the execution. Reed should have done that record this way.

If you’re looking for something standard and classifiable, stay away from this. It’s like nothing else Flying Nun ever put out. But it’s rockin’, humorous and thoughtful. These Kiwi cats hit the nail on the head, brother.