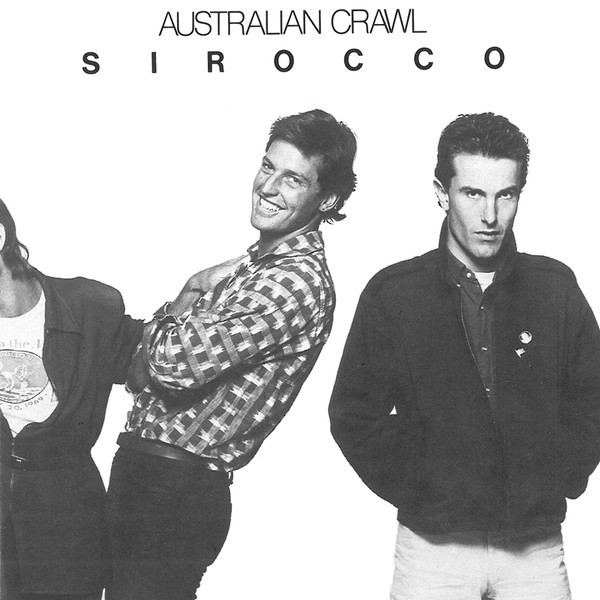 Sirocco is the second album from Australian rock band Australian Crawl. It was released in July 1981 and on 3 August, it topped the Australian charts where it remained for six weeks, the band's first of two albums to hit #1.[2] It was released a year after their successful debut The Boys Light Up which had reached #4.[2]

"I was approached by Australian Crawl, who were about to do their second album, Sirocco. They’d been tortured to death by David Briggs, or at least by his studio style, and needed a change. We got along incredibly well, it was all so comfortable. They played me twenty new songs, I gave them a list of the eleven I liked and we just said let’s go."[4]

Sirocco spent eight months in the Top 20[2] and was their most successful album.[5] 1981 Australian End of Year Album Charts has Sirocco at #2 behind Double Fantasy by John Lennon and ahead of AC/DC's Back in Black making it the best charting album by an Australian act.[2][6]

The album was named after Australian born actor Errol Flynn's yacht and included the second single from the album, a lyrical biography, called "Errol".[5][7]Sirocco was the Crawl's first US and European release.

Drummer Bill McDonough's younger brother Guy McDonough (co-lead vocals, rhythm guitar) had joined as their sixth member.[8] Guy had already co-written tracks for their first album and now wrote or co-wrote five of Sirocco's eleven tracks including all three singles; he also provided lead vocals: "Errol" and "Oh No Not You Again".[7] "Errol" was voted their third most popular song by listeners of Triple M in 2007.[9] The other single from the album was "Things Don't Seem" which reached #11[7] and was their fifth most popular song in the 2007 poll.[9]

Sean Higgins was a bandmate with the McDonough brothers in an earlier band, The Flatheads,[8] and had co-written "Downhearted" for Boys Light Up; Higgins co-wrote "Things Don't Seem" for Sirocco. At about this time guitarist Brad Robinson was married to actress Kerry Armstrong, later an Australian Film Institute Award winner,[10] and they co-wrote "Easy on Your Own", which was also the B-side to "Errol".

At the 1981 Countdown Music Awards, the album was nominated for Best Australian Album.[11]