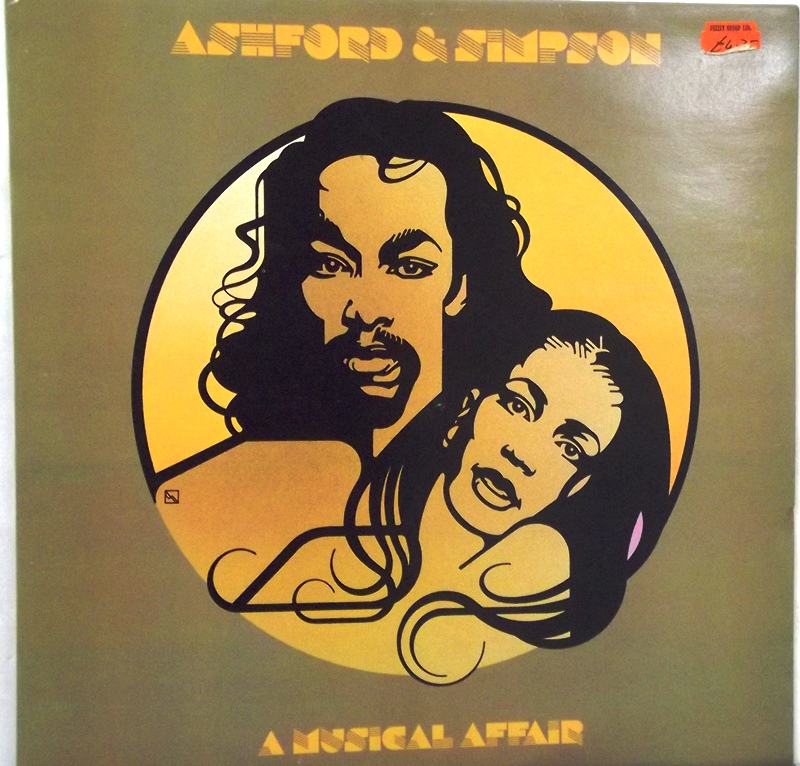 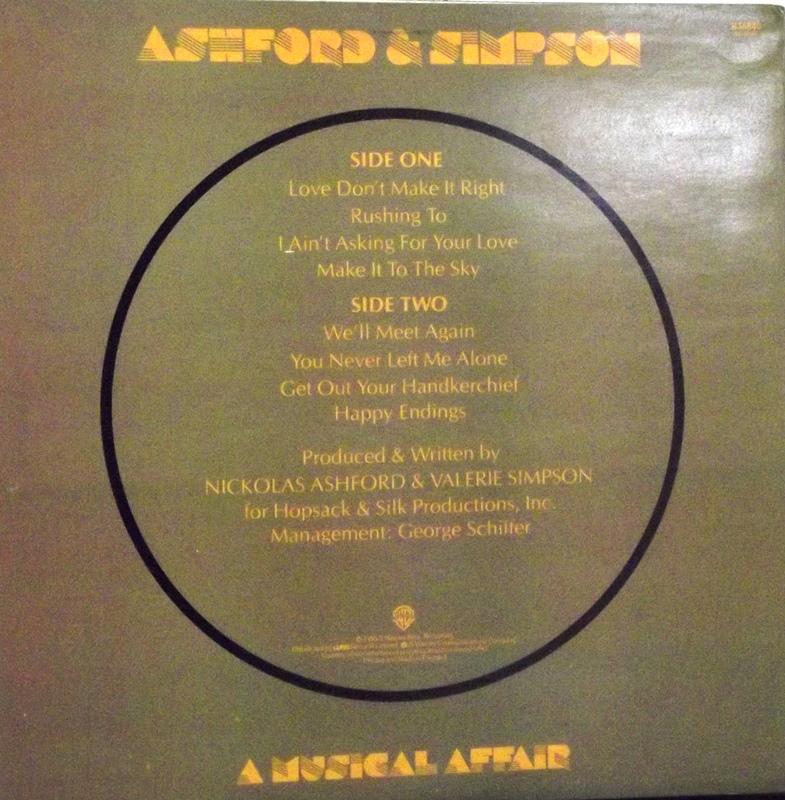 The year 1980 was fairly eventful for Nick Ashford and Valerie Simpson. In addition to writing and producing Gladys Knight & the Pips' excellent About Love, the duo had a major hit of their own with the snappy "Love Don't Make It Right." Nonetheless, 1980's A Musical Affair didn't go down in history as one of Ashford & Simpson's essential albums. This vinyl LP isn't bad; most of the tracks are decent, and a few are excellent, most notably "Love Don't Make It Right," the melancholy "Get Out Your Hankerchief," and the sentimental ballad "Happy Endings." But overall, A Musical Affair isn't exceptional -- likable and pleasant, but not exceptional. After five-star treasures like 1977's Send It, 1978's Is It Still Good to Ya, and 1979's Stay Free, one greeted this record with high expectations; however, A Musical Affair falls short of the consistent excellence that had characterized some of their best late-'70s albums. Some might even go so far as to say that in 1980, Ashford & Simpson gave their best songs to Gladys Knight & the Pips, whose About Love is nothing to be ashamed of. Both commercially and creatively, that LP was the group's most successful album since 1974's I Feel a Song. In fact, the single ("Landlord") made it to number three on Billboard's R&B singles chart. So Ashford & Simpson certainly did right by Gladys Knight & the Pips in 1980, even though their own 1980 album falls short of essential. A Musical Affair is best recommended to Ashford & Simpson's hardcore fans.