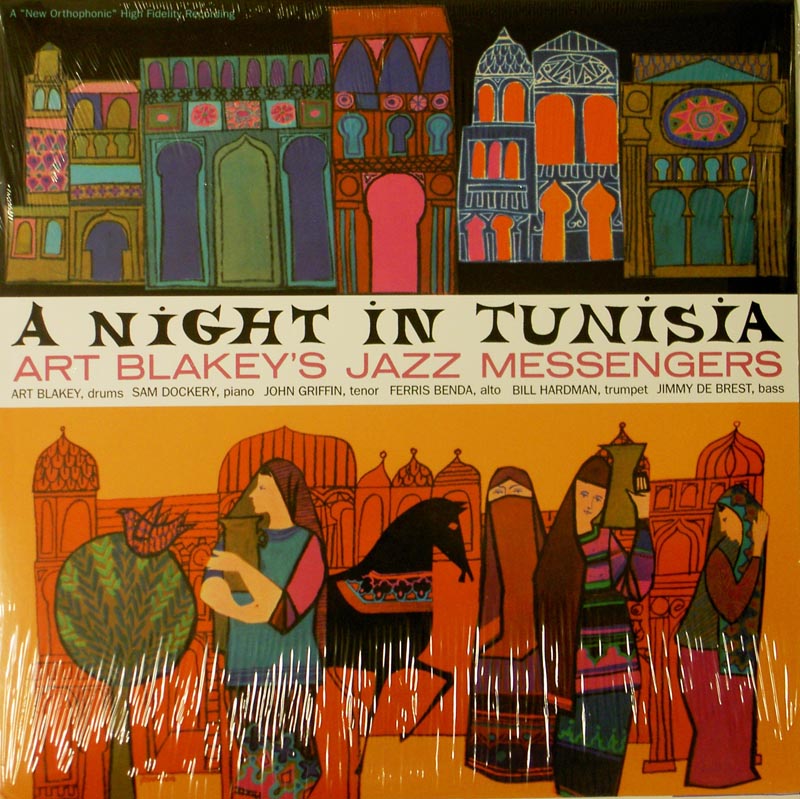 A Night in Tunisia

It is also known as "Interlude",[2] under which title it was recorded (with lyrics) by Sarah Vaughan (from the EP "Hot Jazz", 1953) and Anita O'Day. Gillespie himself called the tune "Interlude" and says "some genius decided to call it 'Night in Tunisia'".[3] It appears as the title track of 30 CDs and is included in over 500 currently available CDs. In January 2004, The Recording Academy added the Dizzy Gillespie & his Sextet’s 1946 Victor recording to its Grammy Hall of Fame.

"Night in Tunisia" was one of the signature pieces of Gillespie's bebop big band, and he also played it with his small groups.

Gillespie said the tune was composed at the piano at Kelly's Stables in New York.[4] Strangely, on his live album A Night at Birdland Vol. 1, Art Blakey introduces his cover version with this statement: "At this time we'd like to play a tune [that] was written by the famous Dizzy Gillespie. I feel rather close to this tune because I was right there when he composed it in Texas on the bottom of a garbage can." The audience laughs, but Blakey responds, "Seriously." The liner notes say, "The Texas department of sanitation can take a low bow."[5]

Gillespie gave Frank Paparelli co-writer credit in compensation for some unrelated transcription work, but Paparelli actually had nothing to do with the song.[3]