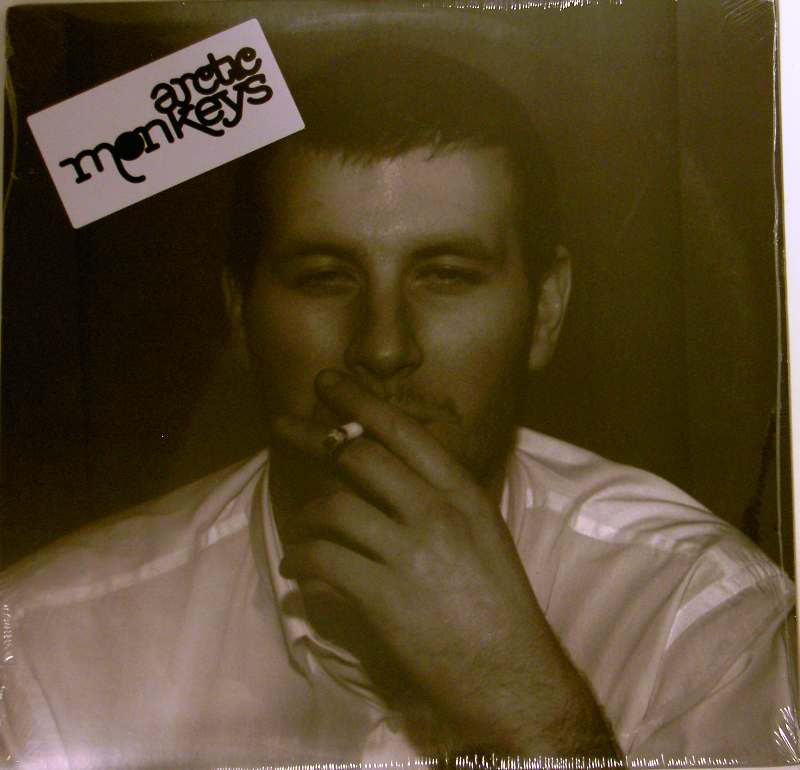 Whatever People Say I Am, That's What I'm Not

Whatever People Say I Am, That's What I'm Not is the debut studio album by the English rock band Arctic Monkeys, released on 23 January 2006 by Domino. The album surpassed Elastica's self-titled album to become the fastest selling debut album in British music history, shifting over 360,000 copies in its first week,[3][4] and remains the fastest selling debut album by a band.[5][6] It has since gone quintuple platinum in the UK.

The album includes both tracks from the band's original EP, Five Minutes with Arctic Monkeys, as well as their first two singles and UK number ones, "I Bet You Look Good on the Dancefloor" and "When the Sun Goes Down". It has since appeared in several critics' publications, and is often cited as one of the best rock albums of the decade.[7] It received the 2006 Mercury Prize for Best Album. It was ranked number 371 on Rolling Stone's 500 Greatest Albums of All Time. In 2013 Rolling Stone ranked it the 30th greatest debut album of all time.[4] In October 2013, music magazine NME also ranked the album at number 19 in their poll of the 500 greatest albums of all time.[8]