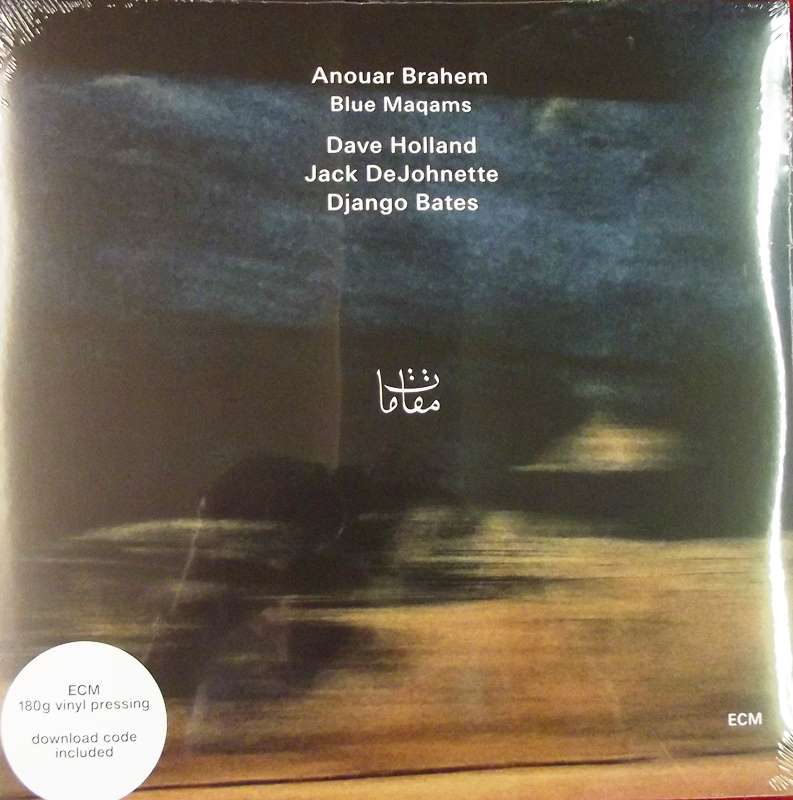 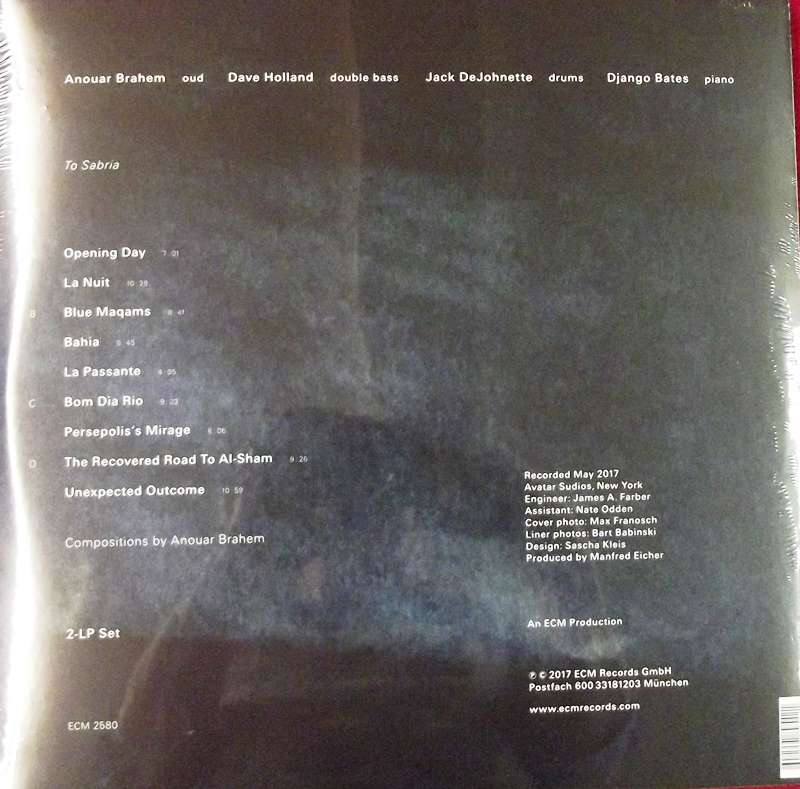 Other than a few cassettes in the 1980s, Tunisian oud master and composer Anouar Brahem has spent his entire career recording for ECM. The one exception was his score and soundtrack for the 1994 film Les Silences du Palais. In 2017, Brahem celebrated his 60th birthday with Blue Maqams, recorded at Avatar Studios in New York (a first) without his longstanding quartet of pianist François Couturier, bassist Björn Meyer, and bass clarinetist Klaus Gesing. With producer Manfred Eicher, Brahem assembled a band for this special date featuring bassist Dave Holland (who worked with the oudist on 1994's brilliant Thimar), drummer Jack DeJohnette (who has a nearly 50-year history with Holland), and British pianist Django Bates. The album title signifies the union between the incredibly complex Arabic modal and harmonic system and the "blue" so often evoked in jazz improvisation. Throughout, Brahem seamlessly combines the uncommon time signatures, sonic timbres, and whole-tone textures of Arabic music with the dynamic adventure of jazz improv. That premise is immediately put forth in the first track, "Opening Day." Brahem's haunting intro is joined by Holland's resonant playing inside of a minute, DeJohnette's cymbals increase the tempo, and Bates eventually transforms a spare modal ballad into an exercise in swing. The laid-back tom-tom groove DeJohnette establishes on the title track is an indicator. He's joined by the rest of the rhythm section before Brahem enters with a tender melody that swings gently. "Bahia" -- on which Bates sits out -- was previously recorded for Jan Garbarek's Madar. It commences with an oud solo accompanied by Brahem's humming, and opens onto a full-on jazz trio conversation. The oudist uses the scalar maqam ballad style as his rhythm section delivers grooving support in contrast. "Bom Dia Rio" is almost skeletal, while the oud develops the melody with Brahem's wordless vocalizing in accompaniment. When his bandmates enter, it twists and turns into a sprightly -- if moody -- 10/8 groover. On "Persepolis's Mirage," Brahem turns in some of his knottiest playing before the quartet delivers a processional Arabic melody augmented with layers of rhythmic invention. Bates adds fills from his instrument's lower and middle registers, providing weight and texture, but it's Brahem's meaty playing that ultimately shines. "The Recovered Road to Al-Sham" is an oud/piano duet that brilliantly juxtaposes Western chamber and Arabic classical music. "Unexpected Outcome" offers a moody lyric mode from Holland and Brahem before cracking open into an 11-minute, full-blown quartet jazz jam. There are excellent solos from each member and plenty of blue accents. Bates' elliptical chordal statements and fills add an elegant flourish in a closing statement to both the track and the album. Blue Maqams is lovely. It's a nearly perfect illustration of balance between cultural and musical inquiry, underscored by the confidence and near symbiotic communication of this gifted ensemble. This is an exceptional outing, even for an artist as accomplished and creative as Brahem.