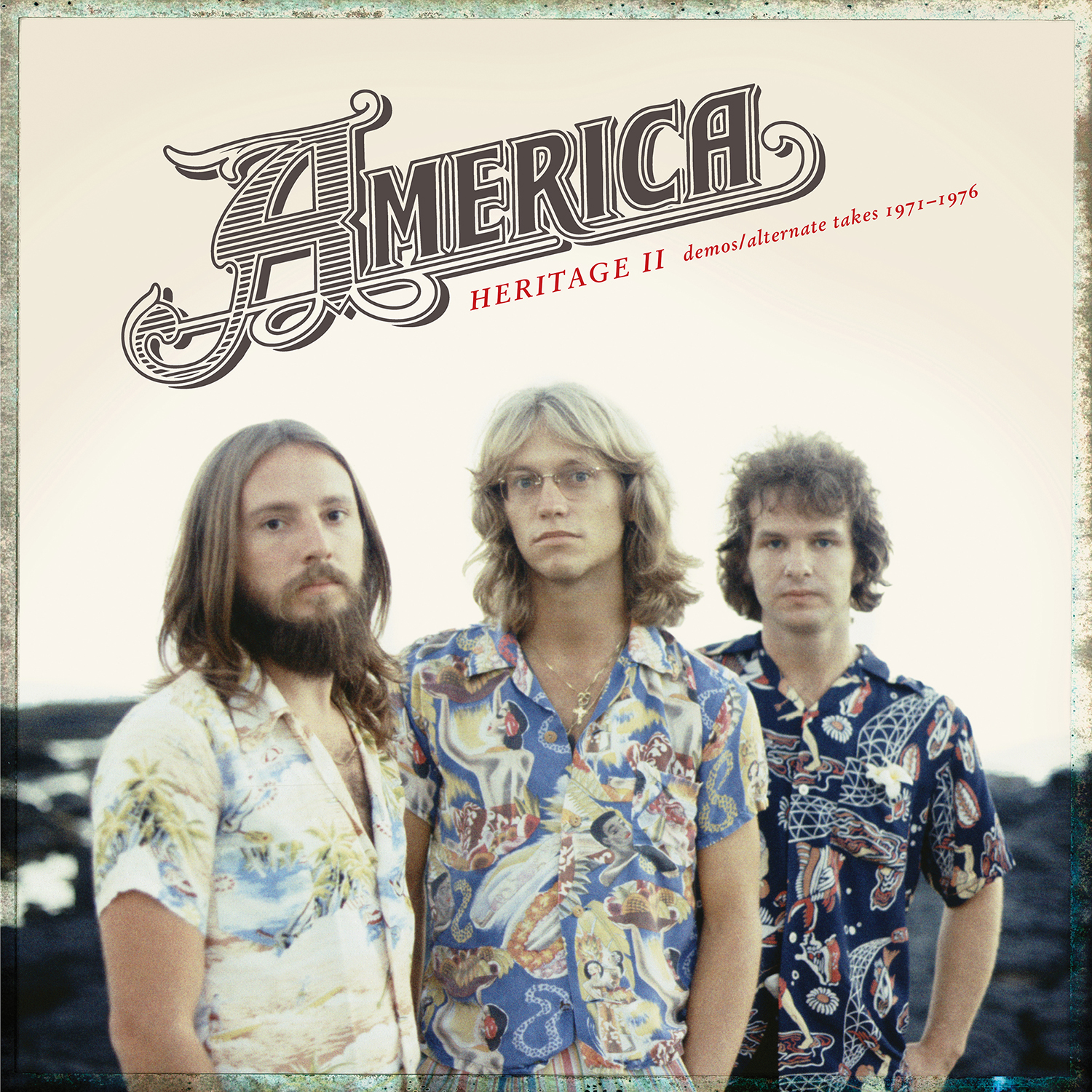 In 2017, Omnivore Recordings released Heritage: Home Recordings/Demos 1970–1973. And now, due to critical and commercial acclaim we are pleased to announce the release of Heritage II: Demos/Alternate Takes 1971–1976.

This collection picks up where the first volume left off, centering mostly on the beginning of the Sir George Martin era. Martin produced seven albums by America and Heritage II focuses in on demos and alternate takes from the Holiday, Hearts, and Hideaway albums from 1974–1976. Hear for the very first time, an unreleased Gerry Beckley song, “Mandy”; demos of songs from Holiday (“What Does It Matter” and “Mad Dog”), outtakes from Hearts (“Simple Life”) and alternate mixes from Hideaway (“Amber Cascades” and “Today’s The Day”).

In addition to these gems, there’s a real rarity included herein from 1971, an acoustic instrumental jam by Gerry Beckley, Dewey Bunnell and Dan Peek entitled, “Jameroony” lasting nearly 13 minutes. Unearthed from the band’s archives, this track has been rumored for years but only just found recently. An early ’70s soft rock fan’s dream come true.

This collection spotlights a new direction in the band’s sound as Sir George Martin takes the reins and leads them to many more platinum albums and hit records. Please enjoy this alternate walk down memory lane as you immerse yourself in the guilty pleasures of America!