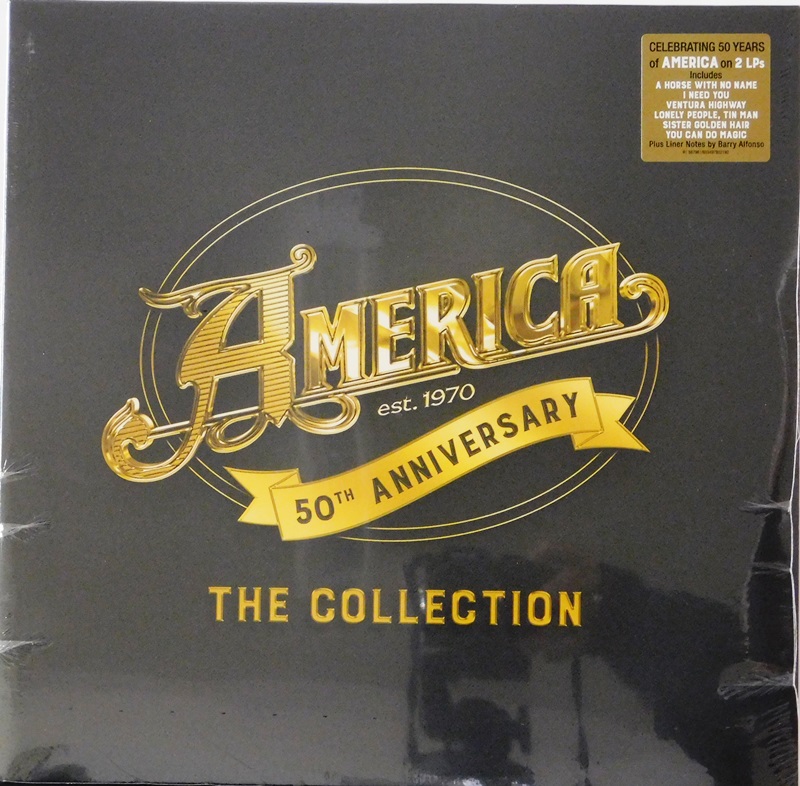 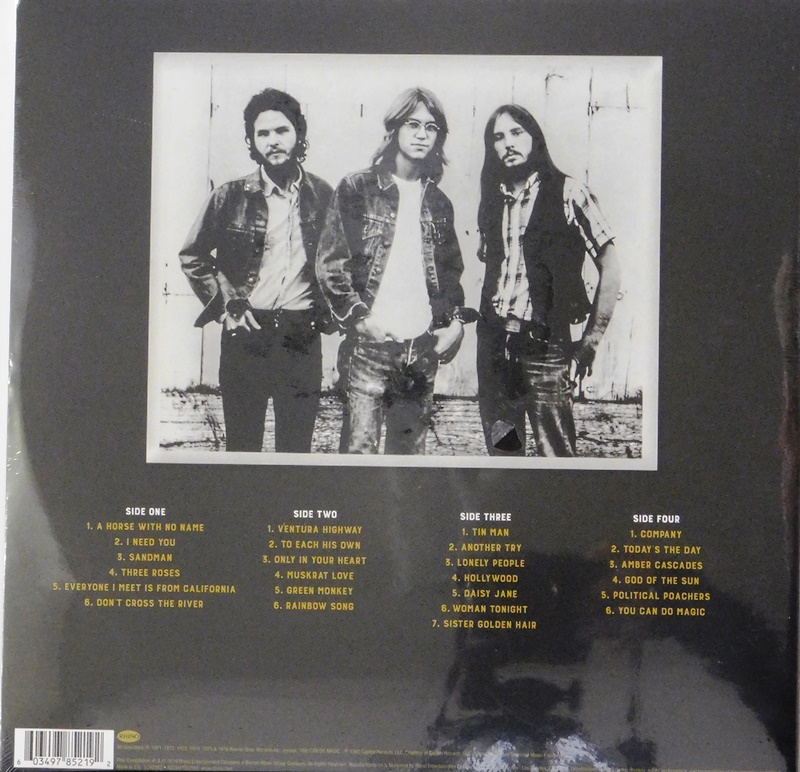 Rhino remembers America‘s half-centennial this year with America: 50th Anniversary The Collection on CD and vinyl. This new release is available as a three-CD set which features “the core of America’s recorded legacy” (obviously, all the hits are here) along with a few rarities, such as an early studio recording of ‘Ventura Highway,’ a live performance of ‘Riverside,’ and an unreleased demo for US number one ‘Sister Golden Hair.’

A 2LP vinyl edition drops the track-count from 50 to 25 while a single CD – rebranded ‘Golden Hits’ – is a 16-song selection.

The multi-platinum-selling group – led by founding members Gerry Beckley and Dewey Bunnell – had enormous success early on with the 1972 US number one ‘A Horse With No Name’ (it peaked at number three in the UK) and then again a few years later with singles pulled from the George Martin produced albums of the mid-seventies.

In other America news, the Capitol albums of the 1980s have been gathered together for five-CD ‘Classic Album Collection’ being released by Universal imprint Caroline International. This set includes remastered (by Andy Pearce) audio and bonus tracks.