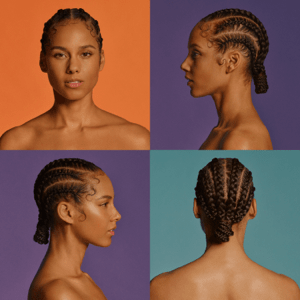 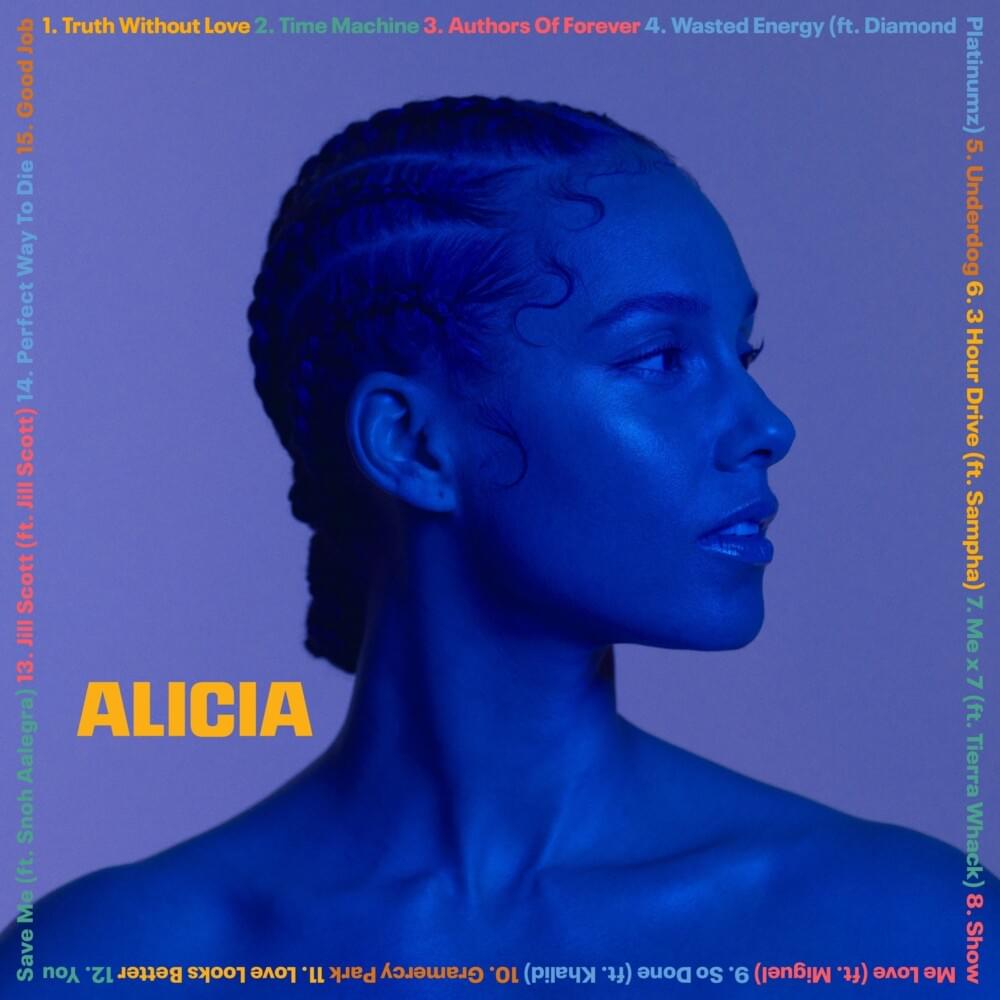 Alicia (stylized in all caps) is the seventh studio album by American singer-songwriter Alicia Keys. It was primarily recorded at Oven Studios and Jungle City Studios, both in New York, and released by RCA Records on September 18, 2020. Written and produced largely by Keys, the album also features songwriting and production contributions from Swizz Beatz, Ludwig Göransson, Rob Knox, Ed Sheeran, and The-Dream, among others. Alicia's mostly low-tempo and subtly performed music is rooted in the R&B and soul styles of Keys' earliest work, while her lyrics explore sociopolitical concerns and forms of love with ideas shared in her memoir, More Myself (2020), written in the same period as the album's recording.

The album was originally scheduled to be released on March 20, 2020, then May 15, before being delayed further due to the COVID-19 pandemic. Seven singles were released from Alicia prior to its release, including the Miguel duet "Show Me Love", "Time Machine", "Underdog", "Good Job", and "So Done", featuring Khalid. In its first week, the album debuted at number four on the American Billboard 200 and became Keys' eighth top-10 release in the US, while charting in the top 10 in several other countries. It was also a critical success, with reviewers applauding her nuanced vocal performances and the balanced quality of her healing messages, as well as the music's accessibility. The singer is scheduled to embark on Alicia – The World Tour in 2021, after the 2020 dates of the tour were postponed due to the pandemic.