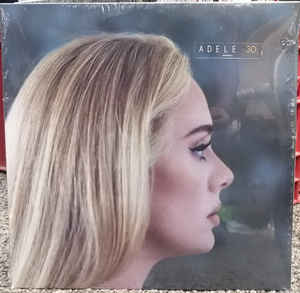 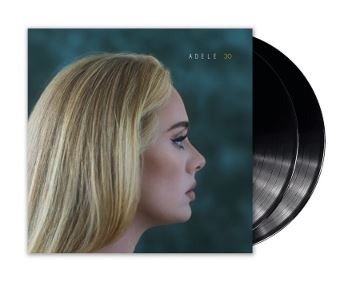 30 is the fourth studio album by English singer-songwriter Adele, released on 19 November 2021 by Melted Stone and Columbia Records. Inspired by her divorce from ex-husband Simon Konecki, Adele tackles the separation on the album, whilst discussing her motherhood and the scrutiny of fame. She wrote the album between 2018 and 2021 with various producers, including Greg Kurstin, Tobias Jesso Jr., Max Martin and Shellback, all of whom she worked with on her previous record, 25 (2015); new collaborators on 30 include Ludwig Göransson, and Inflo of the English band Sault.

The lead single, "Easy on Me", was released on 15 October 2021 to international success. 30 has been advertised using an extensive promotional campaign, which included a CBS concert special titled Adele One Night Only featuring an interview segment by American talk show host Oprah Winfrey, on 14 November 2021, followed by an ITV concert special titled An Audience with Adele on 21 November 2021, and two British Summer Time Hyde Park concerts scheduled for 1–2 July 2022 as well. 30 received acclaim from music critics, who commended its cinematic instrumentation and strong vocal performances. It was described as a pop, jazz and soul album focusing on romantic but melancholic themes of heartache, acceptance, and hope.