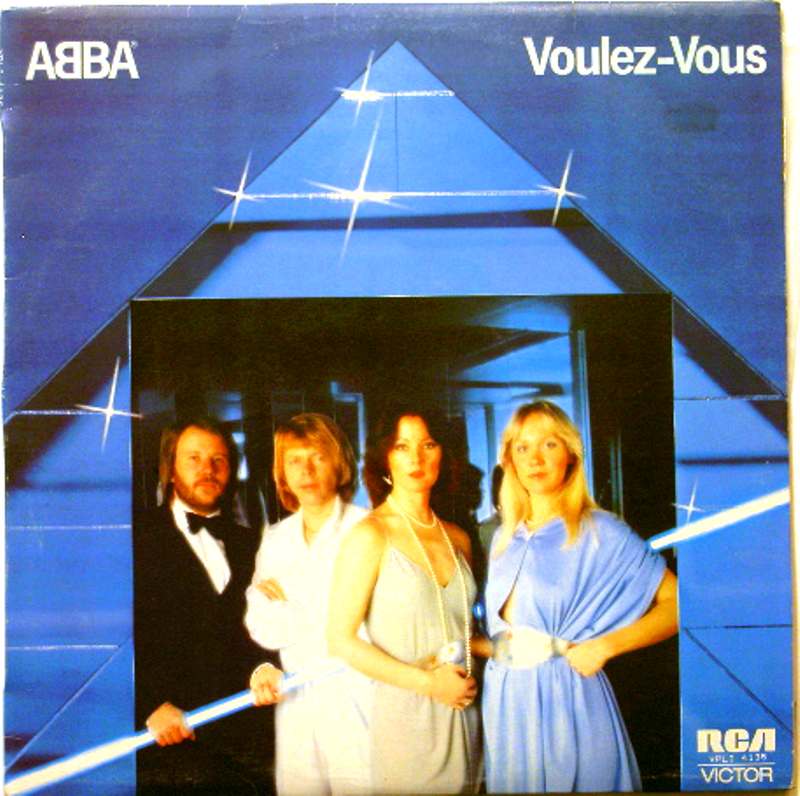 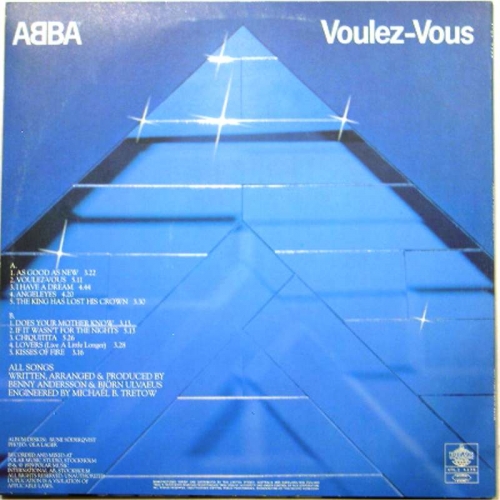 Nice vinyl with name on label. Cover with minor wear and handwritten name.

Voulez-Vous is the sixth studio album by Swedish group ABBA, released in 1979. It was the first ABBA album to be recorded at Polar Studios in Stockholm, and the only ABBA album to include a studio recording made outside Sweden. Some of the songs were secretly written and demoed at Compass Point Studios in Nassau, Bahamas, and the title track was recorded at Criteria Studios in Miami. Voulez-Vous was first released on CD in 1984