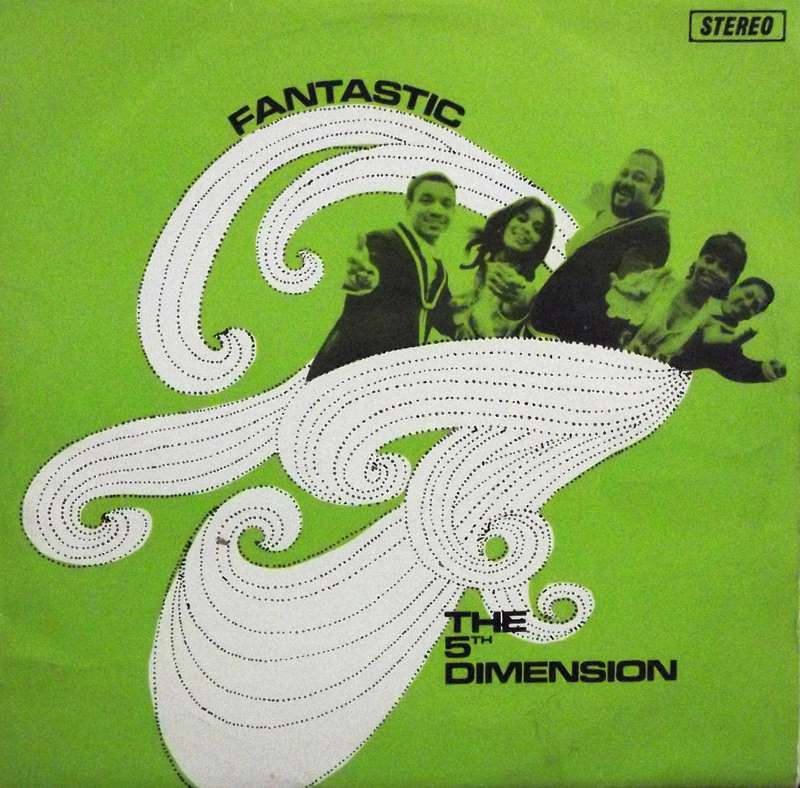 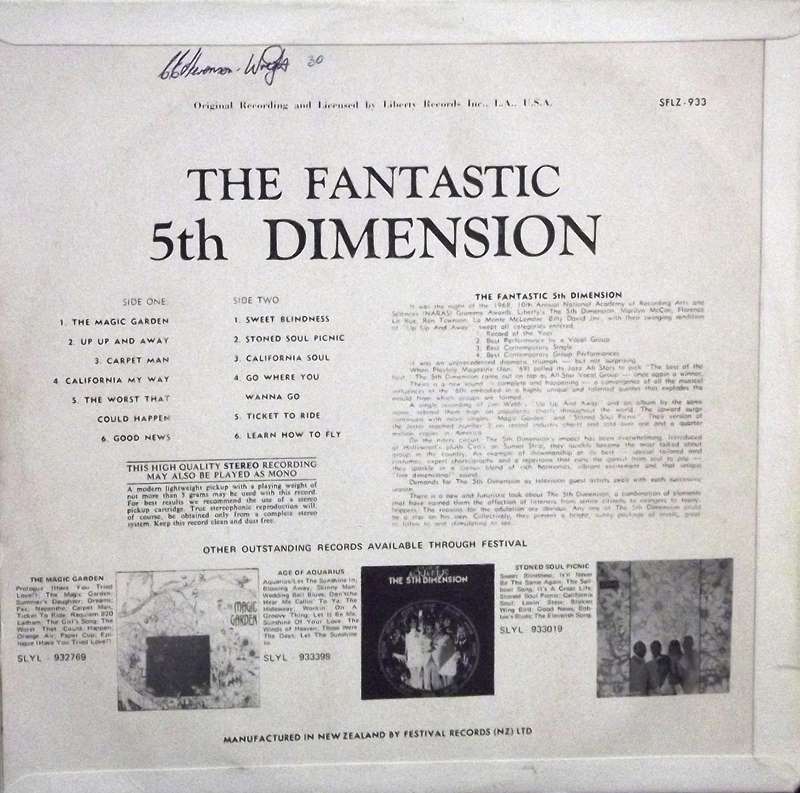 Formed as The Versatiles in late 1965, the group changed its name to the hipper "The 5th Dimension" by 1966. They became well-known during the late 1960s and early 1970s for their popular hits: "Up, Up and Away", "Stoned Soul Picnic", "Medley: Aquarius/Let the Sunshine In (The Flesh Failures)", "Wedding Bell Blues", "Never My Love", "One Less Bell to Answer", "(Last Night) I Didn't Get to Sleep at All", and The Magic Garden LP.

Some of the songwriters popularized by the 5th Dimension went on to careers of their own, especially Ashford & Simpson, who wrote "California Soul". The group is also notable for having more success with the songs of Laura Nyro than Nyro did herself, particularly with "Stoned Soul Picnic", "Sweet Blindness", "Wedding Bell Blues", "Blowin' Away", and "Save the Country". The group also recorded songs by well-known songwriters such as "One Less Bell to Answer", written by Burt Bacharach and Hal David, and the songs and music of Jimmy Webb, who wrote their hit "Up, Up and Away." The group recorded an album composed almost entirely of Webb songs called The Magic Garden.

The 5th Dimension's famed producer, Bones Howe, used Bob Alcivar as the singers' vocal arranger, as well as The Wrecking Crew, a renowned group of studio musicians including drummer Hal Blaine, for their recording sessions.