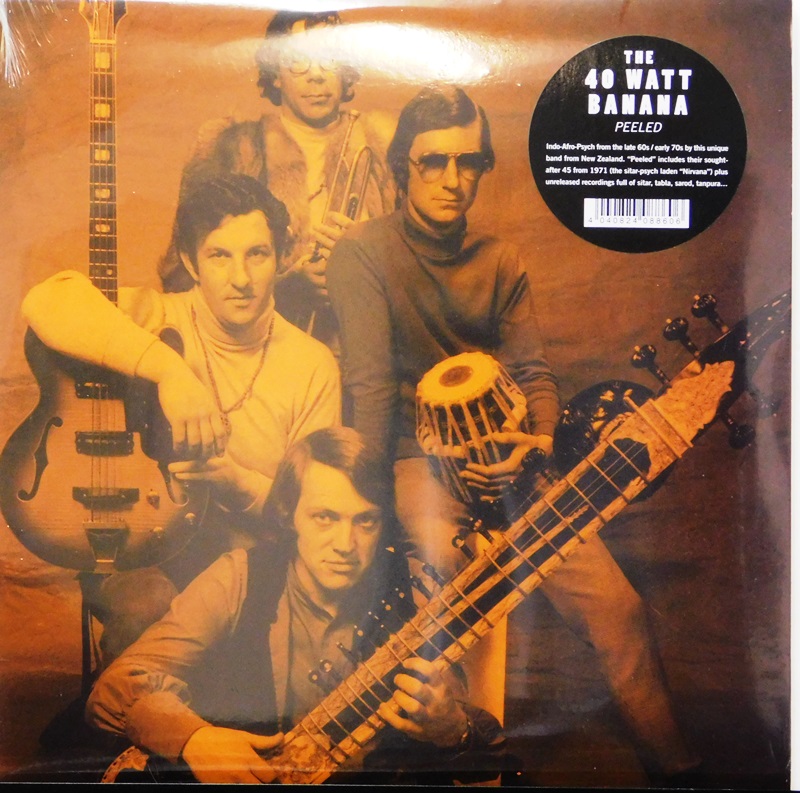 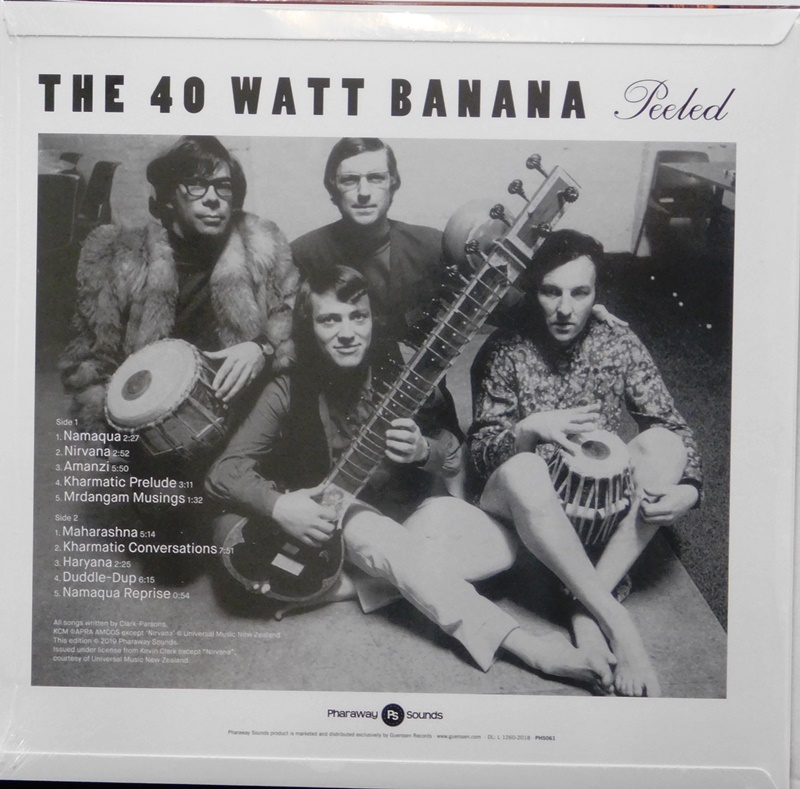 Brand new sealed album from this NZ band from the 60s and 70s.

The 40 Watt Banana, formed in 1968, was a unique band in New Zealand, the only group that ventured into the esoteric realm of Indo-Afro psychedelic music. 'Peeled' includes their sought-after 7" from 1971 (the sitar-psych-dancer 'Nirvana') plus previously unreleased recordings full of sitar, tabla, sarod, tanpura, trumpet, recorder, effects and tape echo. Formed by Kevin Clark and Dave Parsons, the band soon incorporated elements of Indian and African music to their sound, after some soul searching and spiritual experiences. The result was an atmospheric, spacey and improvised sound.