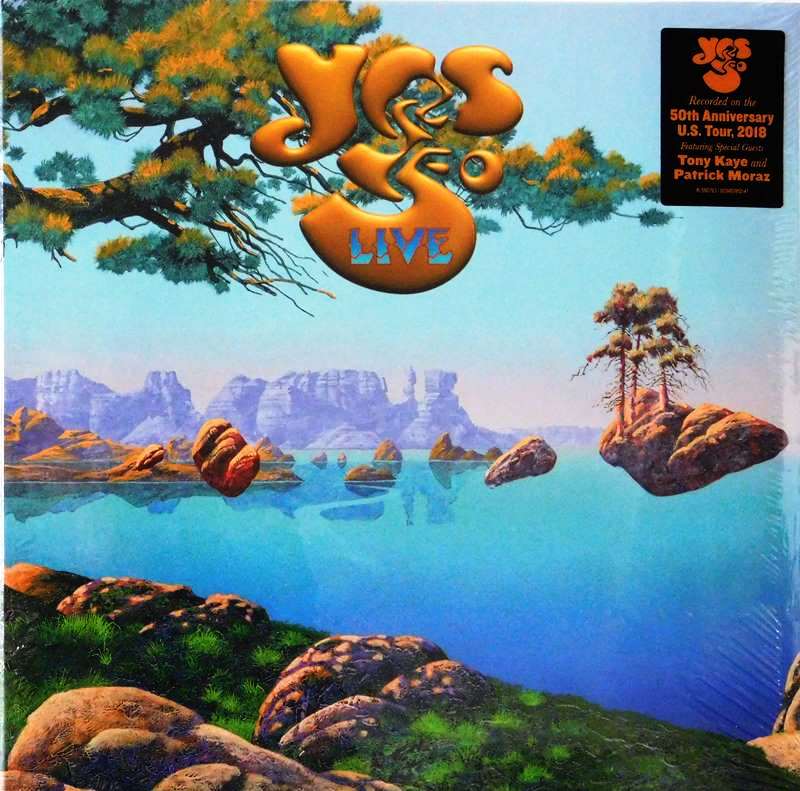 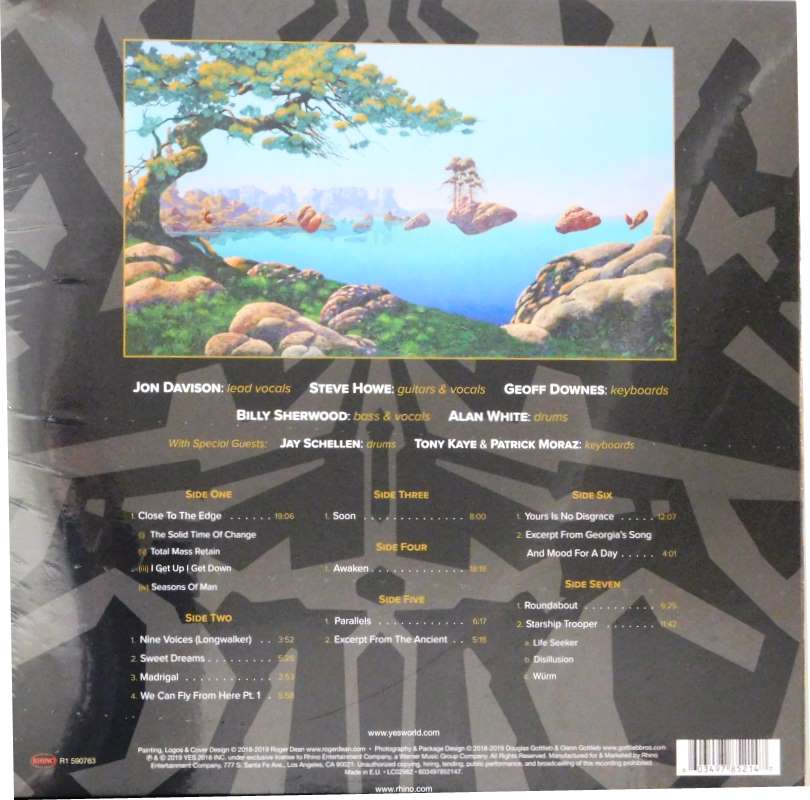 New Live Album Highlights The Legendary Band’s 50th Anniversary Tour, which featured founder member Tony Kaye on all shows, and Patrick Moraz in Philadelphia, where 10 Current And Former Members Were On Stage Together for the encore, Starship Trooper.

YES celebrated the band’s 50th anniversary over the last year with an extensive tour that included shows in Europe, North America and Japan. This year, the Rock and Roll Hall of Famers are back with a new double live album that was recorded during the group’s anniversary tour.

YES 50 LIVE is available now as two CDs, or four LPs. On the same day, the music is also available digitally to download and stream. The cover of YES 50 LIVE was painted by Roger Dean, whose artwork and trademark calligraphy are synonymous with the band’s identity. The CD and vinyl versions both come with an eight-page booklet that includes photographs from the tour taken by the Gottlieb Brothers.

YES 50 LIVE features 13 live performances of key songs that helped make YES the most enduring, ambitious, and virtuosic progressive band in rock history. What makes this collection even more extraordinary is the number of band members who are featured. In fact, much of the album was recorded in Philadelphia, a show where 10 members of YES were on stage during the encore (current members) Steve Howe, Geoff Downes, Alan White, Billy Sherwood and Jon Davison, Jay Schellen, plus (former members) Tony Kaye, Patrick Moraz, Tom Brislin and Trevor Horn. Patrick Moraz featuring on Soon and Tony Kaye on Yours is no Disgrace, Roundabout and Starship Trooper.

The live performances on YES 50 LIVE seamlessly weave together several eras from the band’s past with songs from 10 different studio albums recorded between 1970 and 2011. Naturally, the collection highlights some of the group’s most important music, including “Starship Trooper,” from The Yes Album (1971), “Roundabout” from Fragile (1971) and the title track from Close to the Edge (1972). But the new live album also highlights some of YES’ most adventurous work with an excerpt from “The Ancient,” a track that appeared on 1973’s Tales From Topographic Oceans, and “Soon,” which is the final section in “The Gates Of Delirium” from 1974’s Relayer.

Side Five: “Parallels” “Excerpt From The Ancient”
Side Six: “Yours Is No Disgrace” “Excerpt From Georgia’s Song And Mood For A Day”
Side Seven: “Roundabout” “Starship Trooper”   a. “Life Seeker”   b. “Disillusion”   c. “Wurm”