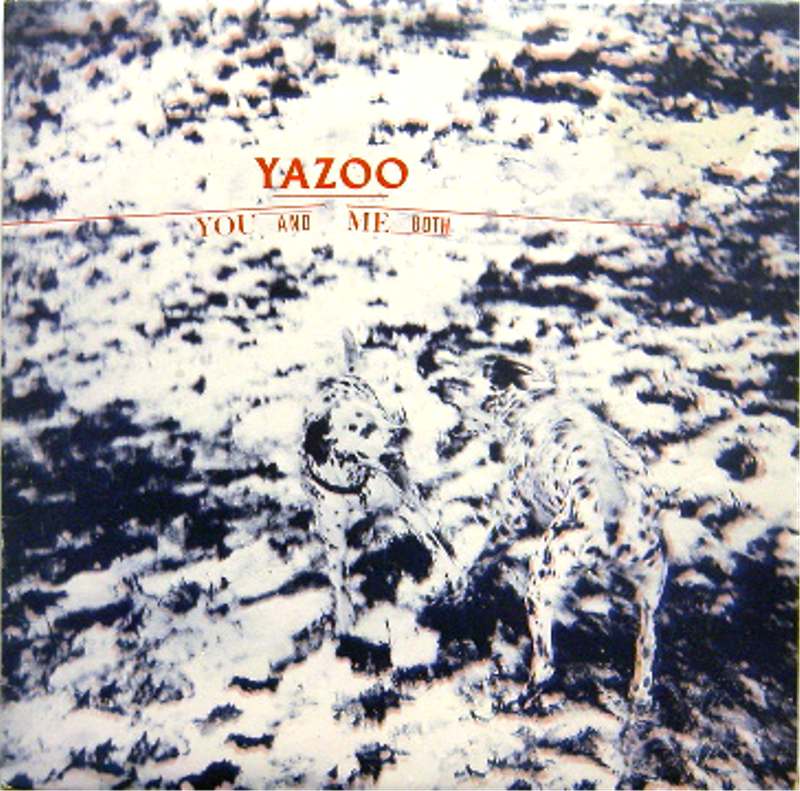 You and Me Both

You and Me Both is the second and final studio album by British synthpop duo Yazoo (known in the US and Canada as Yaz), released in the UK on Mute Records on 4 July 1983

. The album's title was an ironic reference to the fact that the duo had grown estranged from each other and recorded much of the album separately, and they announced their split a few weeks before the album's UK release. The album gave the group a "posthumous" number one record in both the UK and in New Zealand, and reached number 69 in the US. Singer Alison Moyet would soon begin a successful solo career, while Vince Clarke formed the short-lived project The Assembly with Yazoo's producer Eric Radcliffe before going on to greater and long-lasting success with the synthpop duo Erasure.

As with the group's debut album Upstairs at Eric's the US version of You and Me Both differed slightly from the UK version, with the track "Happy People" replaced by "State Farm", the B-side of "Nobody's Diary" which was the only single to be released from the album before the band split.