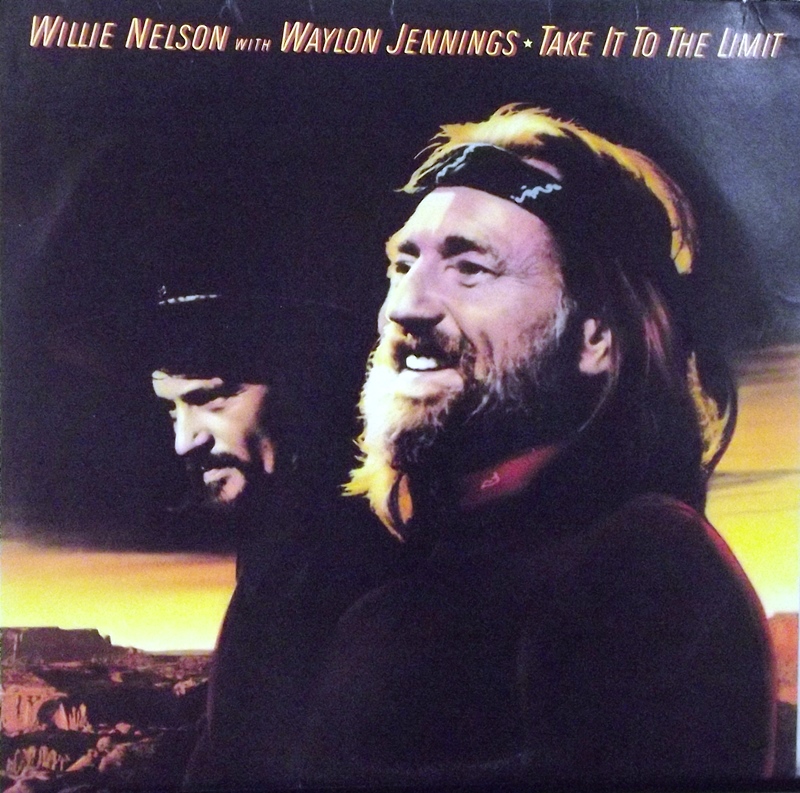 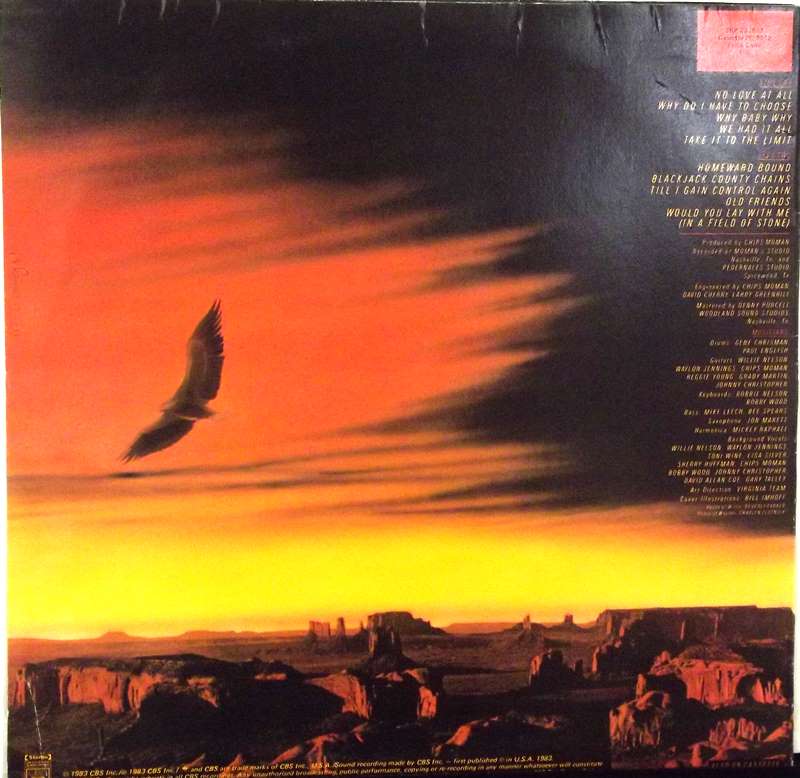 Take It To The Limit

Take It to the Limit is an album by Willie Nelson with Waylon Jennings, released in 1983 on Columbia Records.

Take It to the Limit was the third Jennings/Nelson duet album and the second to be produced by Chips Moman. Whereas their previous album together, 1982's WWII, had contained more Waylon solo tracks, this LP includes five tracks sung solely by Willie. The title actually reads Wille Nelson with Waylon Jennings, likely the result of the LP being released on Nelson's label CBS (the previous two duet albums had been released on RCA). The title song was written by Eagles' members Randy Meisner, Don Henley and Glenn Frey and performed by the Eagles on their 1975 album, One of These Nights, while "Homeward Bound" was originally by Simon & Garfunkel. Take It to the Limit was the next-to-last collaboration between Jennings and Nelson; of the four duets albums released by the singers, 1978's Waylon & Willie achieved the greatest success. Despite the fact that neither singer was in top artistic form and Jennings' most successful days were already over, the record managed to chart, peaking at #3, as did WWII. "Why Do I Have to Choose" also reached #3, while the title track reached #8 on the singles chart.