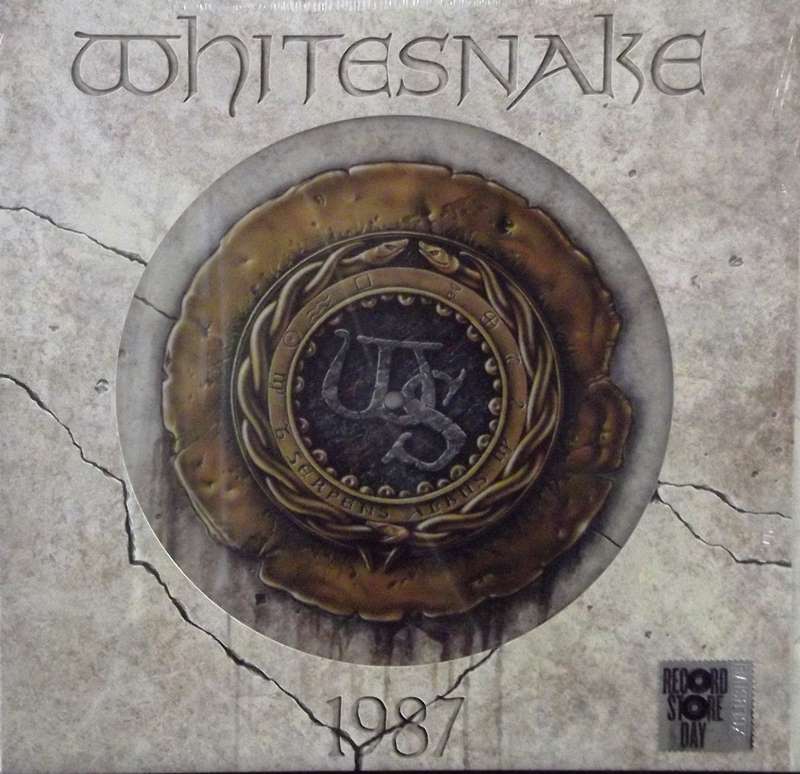 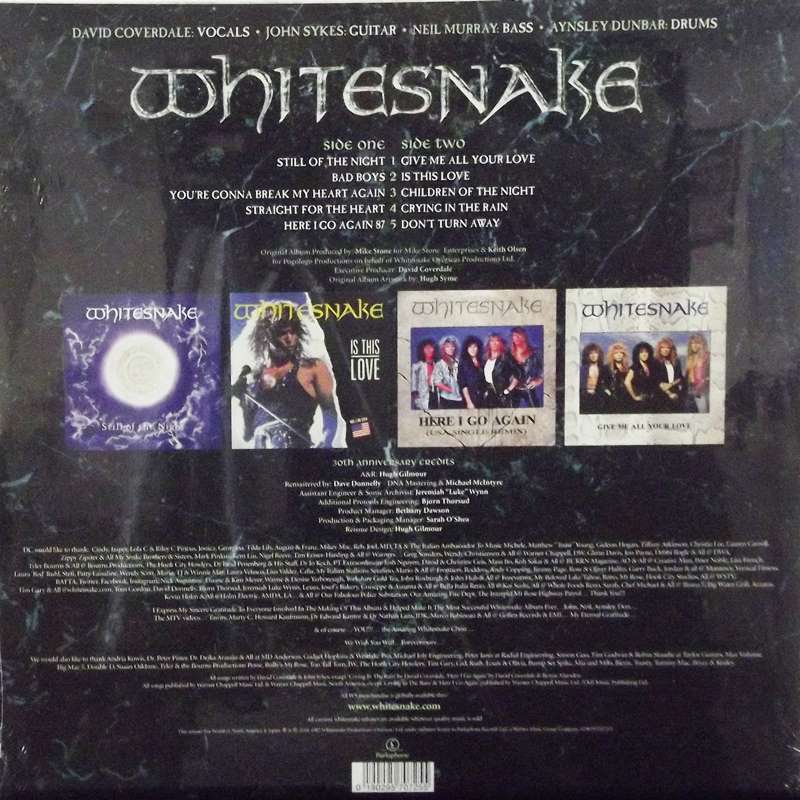 Whitesnake is the self-titled seventh studio album by British rock band of the same name, released in 1987. The album produced a major power ballad hit, "Is This Love", along with the number one hit "Here I Go Again". The album was a major crossover hit eventually selling over eight million copies in the US (and thus going eight times platinum).[6] The album peaked at No. 2 on the US Billboard 200[7] and No. 8 on the UK Albums Chart.[8] Its success in the US boosted its predecessor, Slide It In, from gold to double platinum status.[6] Its success would see the band receive a nomination for the Brit Award for Best British Group in 1988.[9]

This album was released in Europe and Australia as 1987 (with a different track listing – see below) and as Serpens Albus in Japan. A remastered reissue of this album, featuring a DVD with video clips and live performances, was released in 2007 as the 20th anniversary special edition. A 30th anniversary "super deluxe" reissue was released on 6 October 2017, a 4CD/DVD package containing the original album in a newly remastered format along with a live recording from their 1987-1988 tour, demos/rehearsals, remixes and the DVD of music videos and tour bootlegs.[10]