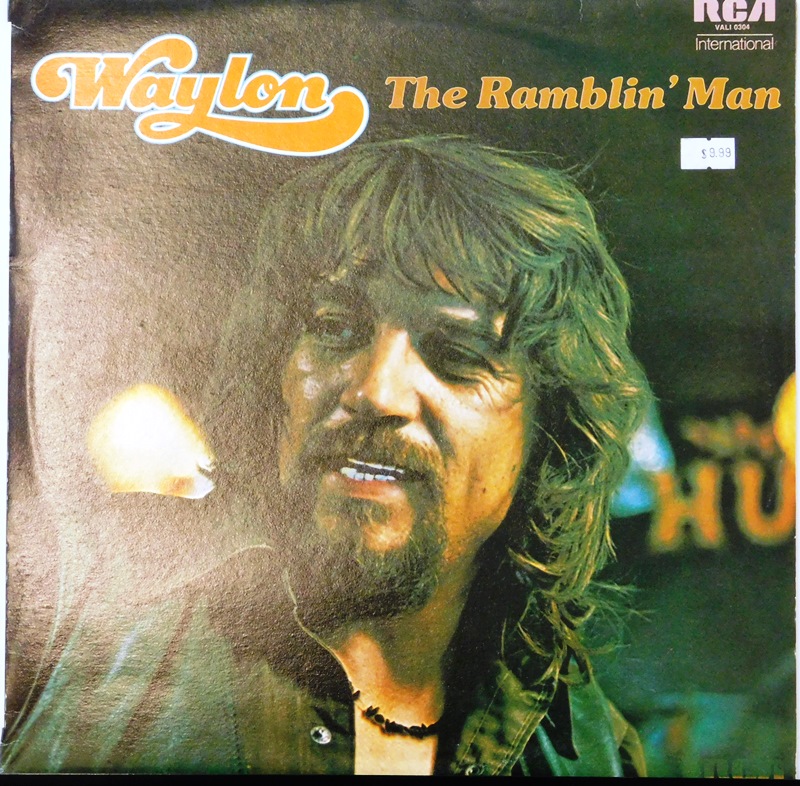 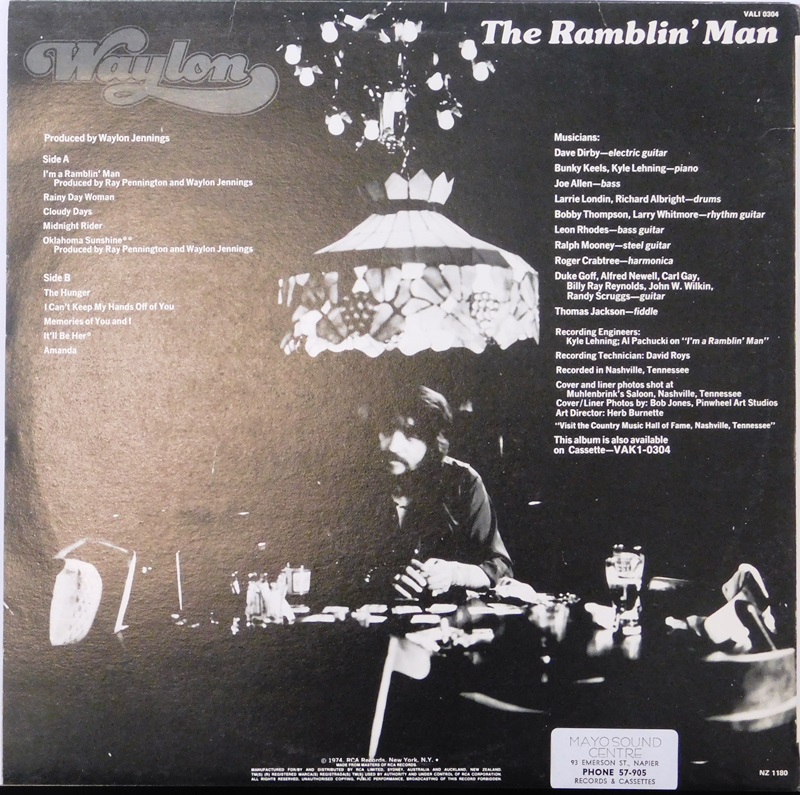 The Ramblin' Man is an album by American country music artist Waylon Jennings, released on RCA Victor in 1974.

With a slightly more commercial sound than some of his recent records, The Ramblin' Man remained true to Jennings' outlaw country image and uncompromising musical vision.  The album was released at what was still considered to be the height of the outlaw movement in country music, and this was reflected in its chart success, with the LP peaking at #3 on the country charts, Jennings best showing since Love of the Common People in 1967.  Jennings produced it himself, although Ray Pennington co-produced "Oklahoma Sunshine" and "I'm a Ramblin' Man," the latter of which he also wrote.  Pennington recorded "I'm a Ramblin' Man" in 1967 for Capitol Records and took it to #29 on the country charts.[2]  Jennings' version would be his second #1 on the country chart and also appeared on Australian charts.[3]  "Rainy Day Woman" was released in December 1974 as the second single from the album and reached  #2 on the Billboard Hot Country Singles & Tracks chart.[4]  Curiously, the Bob McDill ballad "Amanda" was not released as a single at this time; more than 4½ years later, new overdubs were added to the original track and placed on his first greatest hits album.  The song was issued as a single and it became one of the biggest country hits of 1979.

The album also includes a gutsy cover of the Allman Brothers' "Midnight Rider," cementing Jennings' fearless reputation as a leader of the "progressive" country sound.  The photo on the album cover was shot at Muhlenbrink's (formerly the Red Dog Saloon).