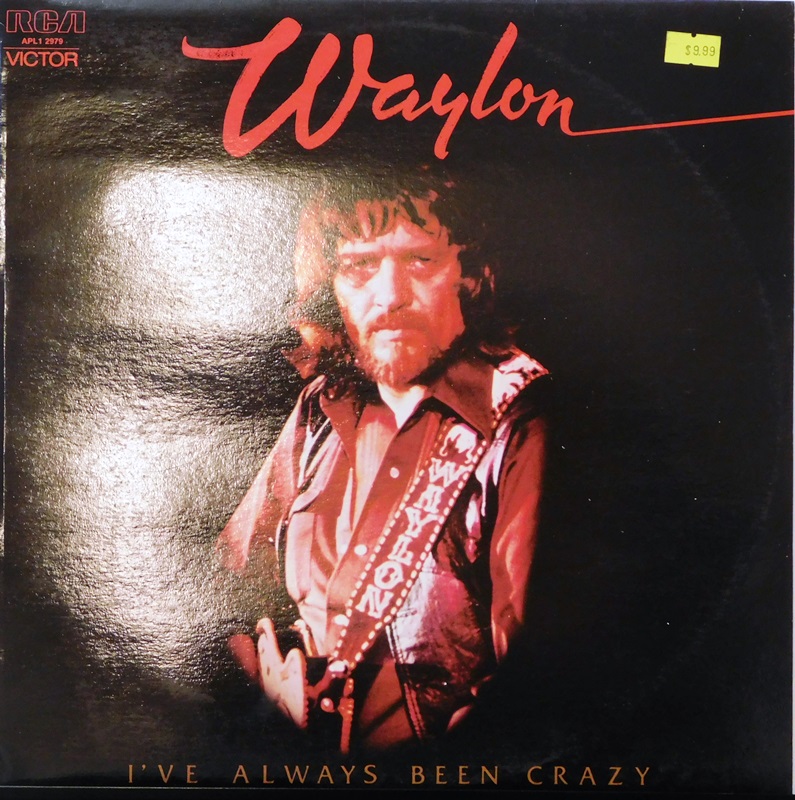 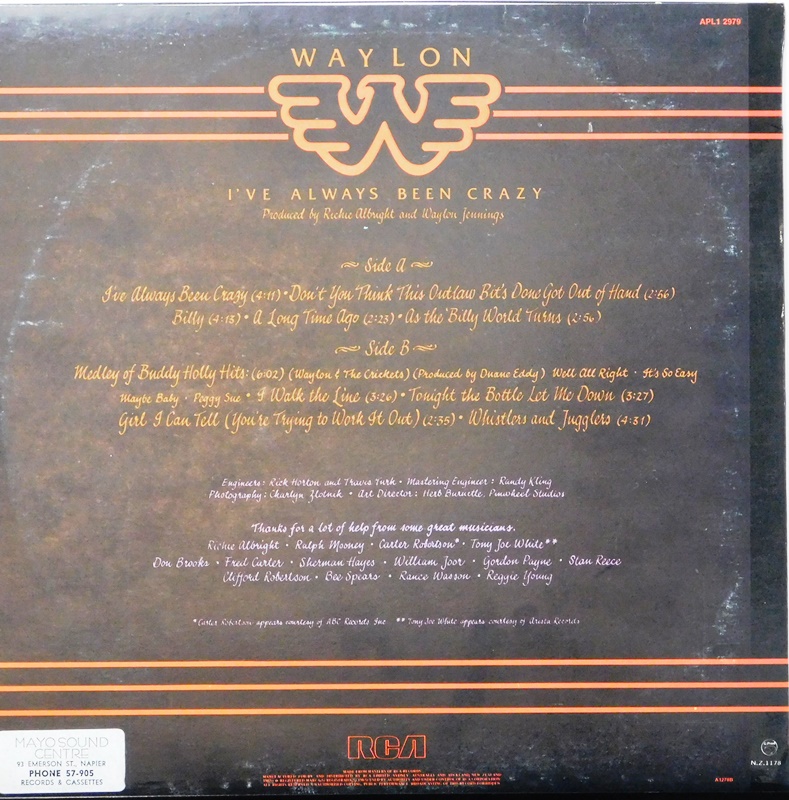 I've Always Been Crazy is an album by American country music artist Waylon Jennings, released on RCA Victor in 1978.

By 1978, Jennings was getting burned out on the outlaw country movement.  Despite enormous critical and commercial success, including a run of three #1 studio albums, a #1 live album, a #1 duet album (with Willie Nelson), and ten Top 10 solo singles (including five chart toppers), he was irritated at the hype surrounding his music and resented how Nashville had co-opted what had started out as a musical rebellion against Music Row in the name of artistic freedom.   Far more concerning, however, was Jennings' spiral into cocaine addiction.  By his own admission, his appetite for the drug was monstrous:

I wasn't just doing a little drugs.  I was doing them constantly...I'd do them until I collapsed, then I'd get up and start right doing them again.  I was killing myself.  I'd definitely hit bottom with it.  I would never sleep.  I'd stay up six or seven days or nights at a time, and I wouldn't go home.  My health was bad, I had dizzy spells where I could hardly drive, I had cars strewed all over this town, because I'd get somewhere, and I'd have to leave 'em and have somebody else take me home.[1]

On August 23, 1977, Jennings was busted by federal drug enforcement officers at American Sound Studios, where he was laying down harmony vocals on "Storms Never Last" during a session for a Hank Williams, Jr. album that he was co-producing.  The officials had traced a package that had been sent there from his manager Neil Reshen's office in New York City.  The package did indeed contain cocaine, but drummer Richie Albright managed to flush the drug down a commode before the officers could find it.  They charged Jennings anyway but the singer was never convicted of the crime due to critical faults in the legal process against him.  Still, Jennings was shaken by the bust, remarking in the audio version of his autobiography, "When you see yourself spread across the front pages - 'Waylon Jennings Arrested for Possession of Cocaine!' - it gets to you a little bit...It was a media feeding frenzy, like sharks smelling blood in the water.  I couldn't go anywhere without a cluster of reporters swarmin' around me."  Jennings added that the case cost him about $100,000 in legal fees, but his cocaine use continued unabated as he began to further isolate himself.  The publicity did not hurt his sales, however, with author Michael Striessguth noting, "Waylon's public cocaine troubles only fueled his record sales.  His five solo singles after the arrest rushed to the top five, and his albums sailed just as swiftly.  On the surface, his two solo albums released after the bust - I've Always Been Crazy and What Goes Around Comes Around - communicated defiance."[2]