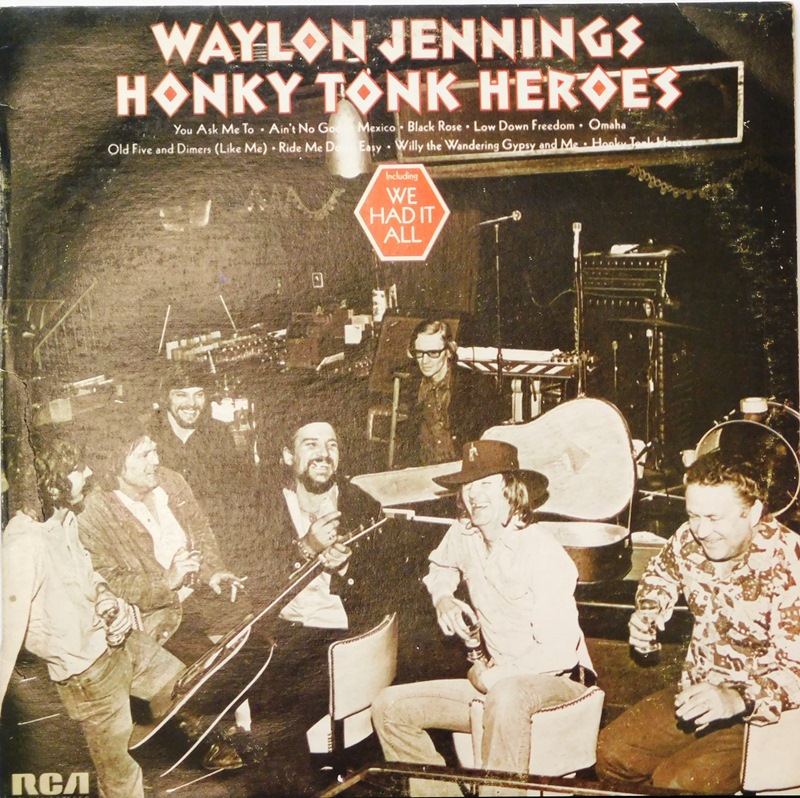 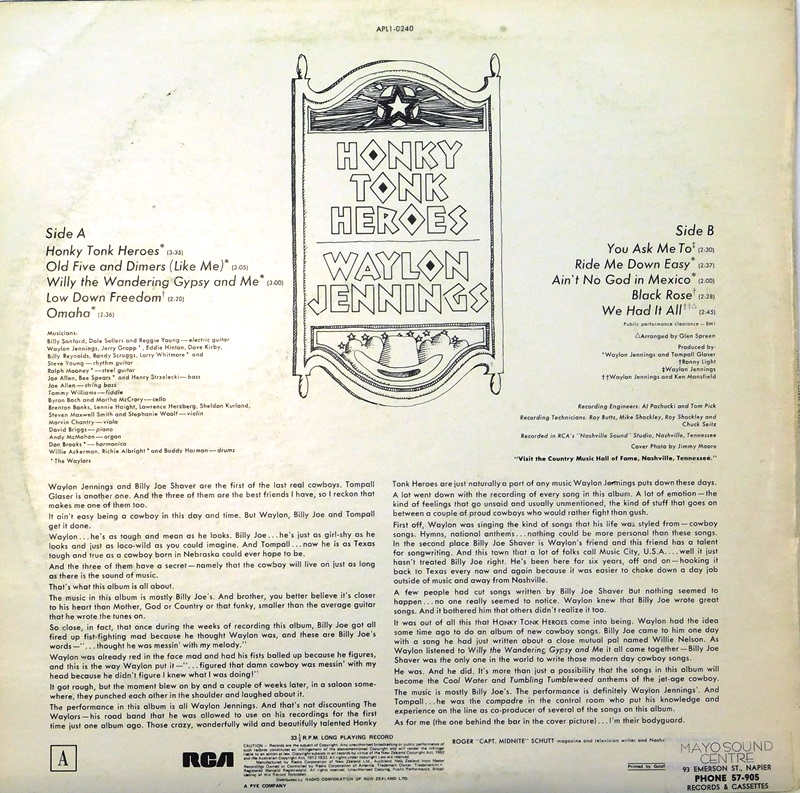 Honky Tonk Heroes is an album by American country music artist Waylon Jennings, released in 1973 on RCA Victor. With the exception of "We Had It All", all of the songs on the album were written or co-written by Billy Joe Shaver. The album is considered an important piece in the development of the outlaw subgenre in country music as it helped revive the honky tonk music of Nashville by injecting a rock and roll attitude.

Jennings and manager Neil Reshen had renegotiated the singer's contract with RCA Records in 1972, which gave him creative control over his work. By 1973, Atlantic Records was attempting to sign Jennings who, with fellow country singer Willie Nelson, had become dissatisfied with RCA because of the company's conservative influence upon their music. Nelson, who had signed with Atlantic, was becoming more popular, and this persuaded RCA to renegotiate with Jennings before it lost another potential success.[1] Jennings' music had already evolved from his early recordings with the label, especially on his previous three LPs Good Hearted Woman (1972), Ladies Love Outlaws (1972), and especially Lonesome, On'ry and Mean (1973).  This evolution was spurred by the singer trying to capture the dynamics of his live sound on record (often by using his backing band the Waylors rather than studio musicians) and his choice of material, which often included songs composed by writers outside the Nashville mainstream