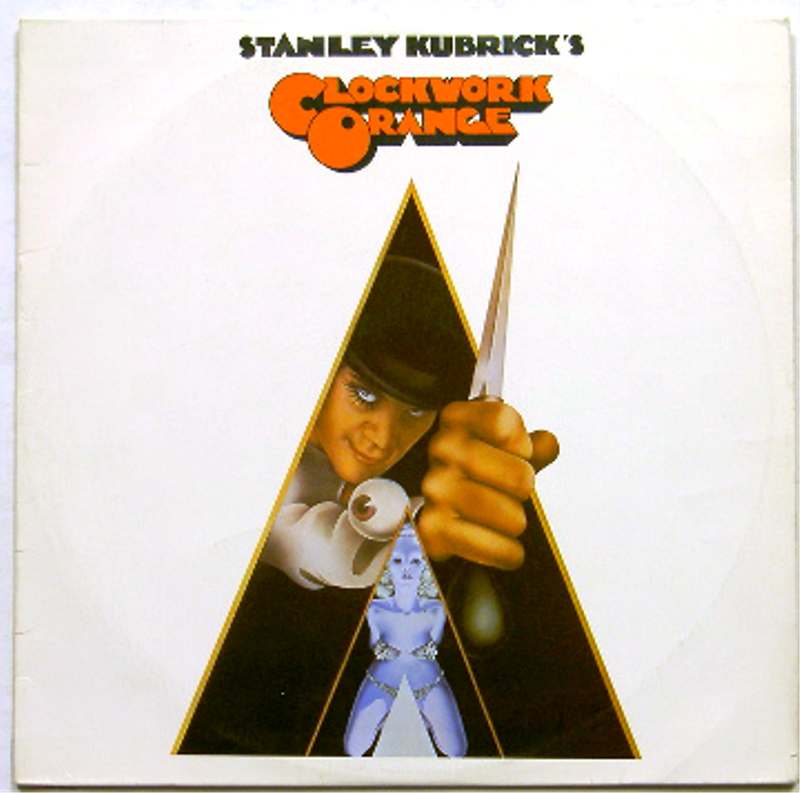 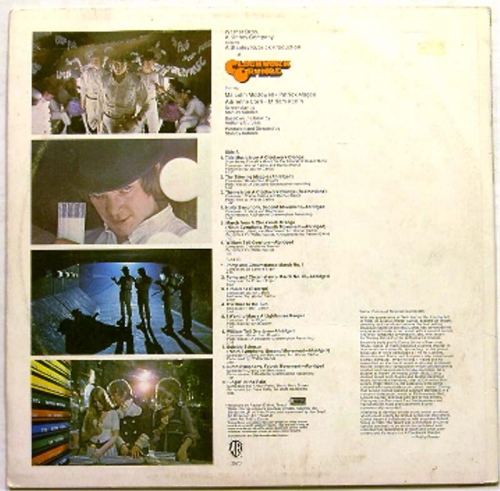 A Clockwork Orange (Music From the Soundtrack)

The soundtrack to Stanley Kubrick's A Clockwork Orange was released to accompany the 1971 film of the same name. The music is a thematic extension of Alex's (and the viewer's) psychological conditioning. The soundtrack of A Clockwork Orange comprises classical music and electronic synthetic music composed by Wendy Carlos (then Walter Carlos). Some of the music is heard only as excerpts, e.g. Edward Elgar's Pomp and Circumstance March No. 1 (a.k.a. Land of Hope and Glory) ironically heralding a politician's appearance at the prison. The main theme is an electronic transcription of Henry Purcell's Music for the Funeral of Queen Mary, composed in 1695, for the procession of Queen Mary's cortège through London en route to Westminster Abbey. "March from 'A Clockwork Orange'" (based on the choral movement of the Ninth Symphony by Beethoven) was the first recorded song featuring a vocoder for the singing; synthpop bands often cite it as their inspiration. Neither the end credits nor the soundtrack album identify the orchestra playing the Ninth Symphony excerpts, however, in Alex's bedroom, there is a close-up of a microcassette tape labeled: Deutsche Grammophon – Ludwig van Beethoven – Symphonie Nr. 9 d-moll, op. 125 – Berliner Philharmoniker – Chor der St. Hedwigskathedrale – Ferenc Fricsay – Irmgard Seefried, Maureen Forrester, Dietrich Fischer-Dieskau, Ernst Haefliger.

In the novel, Alex is conditioned against all classical music, but in the film, only against L. v. Beethoven's Ninth Symphony, the soundtrack of a violent Ludovico Technique film. The audience does not see every violent film Alex is forced to view during Ludovico conditioning, yet the symphony's fourth movement is heard. Later, using the symphony's second movement, Mr Alexander, and fellow plotters, impel Alex to attempt suicide.