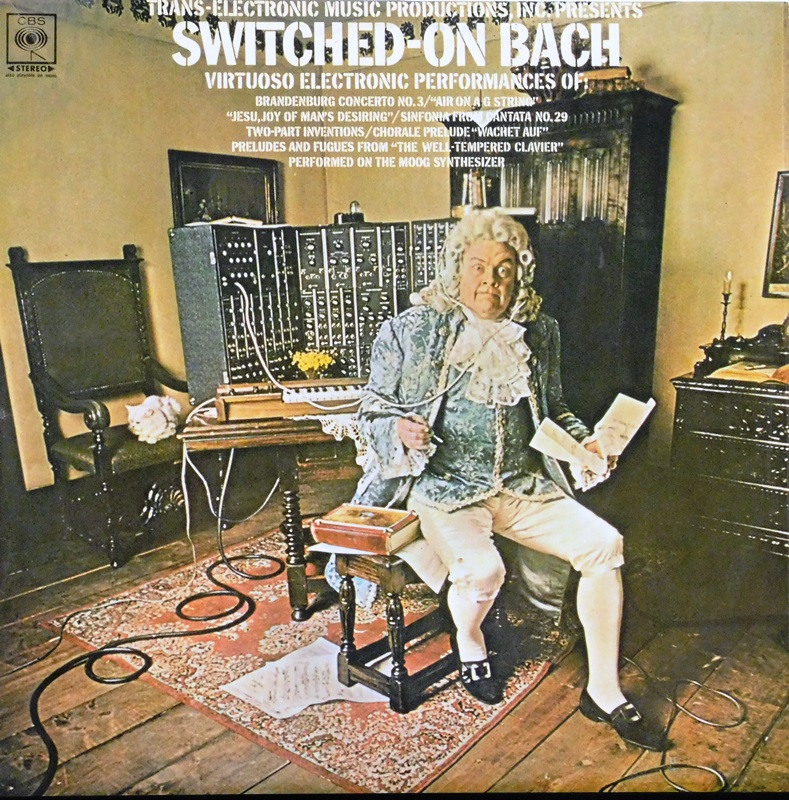 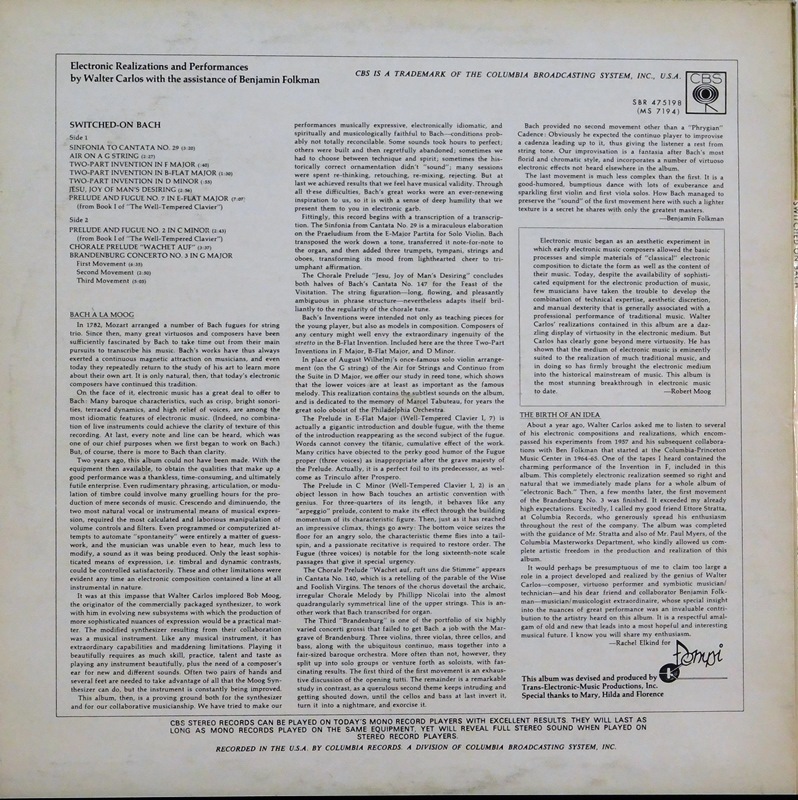 Switched-On Bach is the first studio album by the American composer Wendy Carlos, released under her birth name Walter Carlos in October 1968 by Columbia Records. Produced by Carlos and Rachel Elkind, the album is a collection of pieces by Johann Sebastian Bach performed by Carlos and Benjamin Folkman on a Moog synthesizer. It played a key role in bringing synthesizers to popular music, which had until then been mostly used in experimental music.

Switched-On Bach peaked on the US Billboard 200 chart at number 10 and topped the Billboard Classical Albums chart from 1969 to 1972. By June 1974, it had sold over one million copies, and in 1986 became the second classical album to be certified Platinum. In 1970, it won Grammy Awards for Best Classical Album, Best Classical Performance – Instrumental Soloist or Soloists (With or Without Orchestra), and Best Engineered Classical Recording. [1]