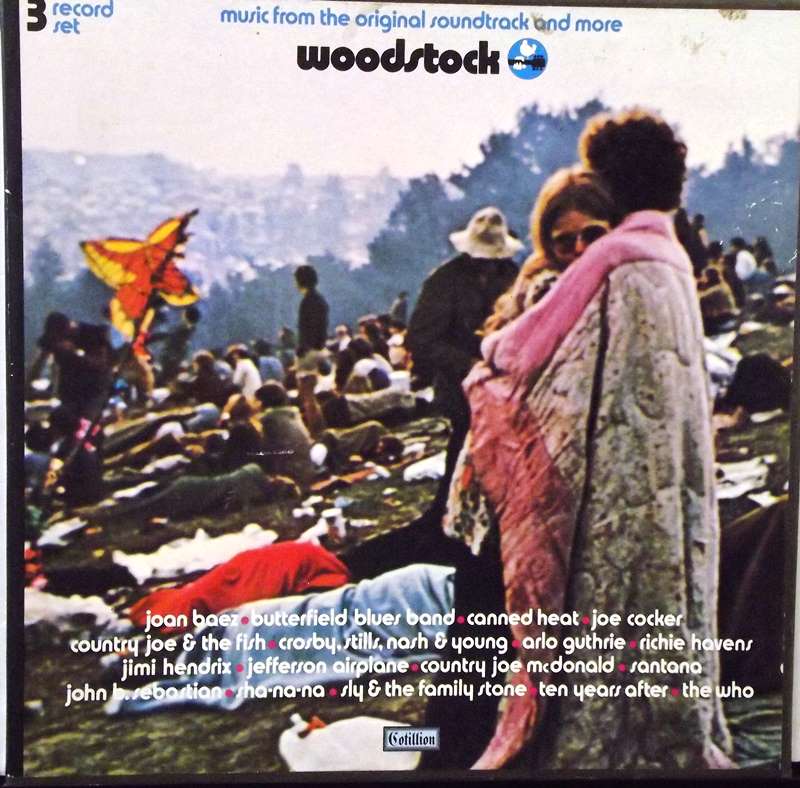 Woodstock - Music From The Original Soundtrack And More

Woodstock: Music from the Original Soundtrack and More is a live album of selected performances from the 1969 Woodstock counterculture festival. Originally released on Atlantic Records' Cotillion label as a triple album on May 11, 1970[3], it was re-released as a two-CD set in 1994. Veteran producer Eddie Kramer was the sound engineer during the three-day event.

A second collection of recordings from the festival, Woodstock 2, was released a year later. In 1994 the songs from both albums, as well as numerous additional, previously-unreleased performances from the festival, but not the stage announcements and crowd noises, were reissued by Atlantic as a 4-CD box set titled Woodstock: Three Days of Peace and Music. In 2009, Rhino Records issued a 6-CD box, Woodstock: 40 Years On: Back to Yasgur's Farm, which includes further musical performances as well as stage announcements and other ancillary material.[4] Rhino Records also reissued a remastered version of the original double CD album in 2009. Target included a Bonus disc of 14 tracks which included one previously unreleased, and unavailable on any other collection, track - "Misty Roses" by Tim Hardin, on the set which was available exclusively from their stores.

Most of the tracks have some form of stage announcement, conversation by the musicians, etc., lengthening the tracks to an extent. Times are listed as the length of time the music was played in the song, while times in parentheses indicate the total running time of the entire track.

the album cover are Bobbi Kelly and Nick Ercoline.[5][6]