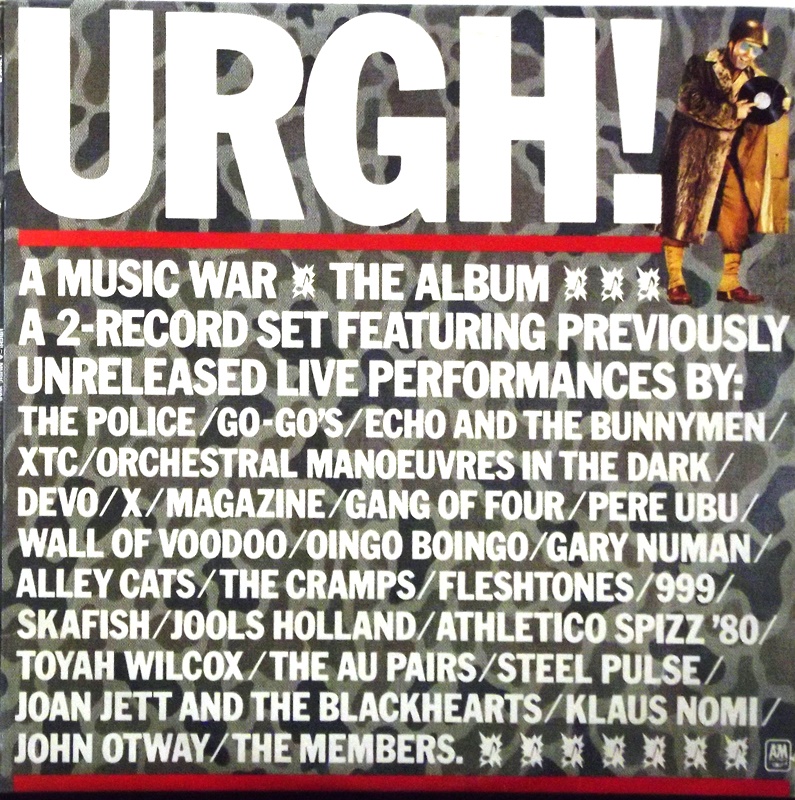 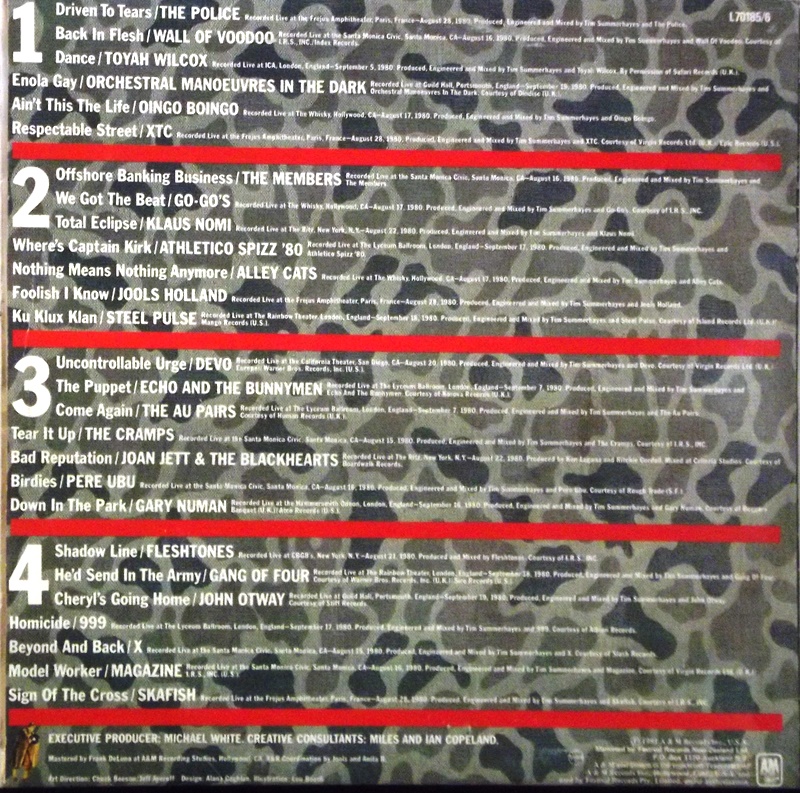 Very smart clean vinyl  with initials on labels, housed in a good cover.

Urgh! A Music War is a British film released in 1982 featuring performances by punk rock, new wave, and post-punk acts, filmed in 1980.  Among the artists featured in the movie are Orchestral Manoeuvres in the Dark (OMD), Magazine, The Go-Go's, Toyah Willcox, The Fleshtones, Joan Jett & the Blackhearts, X, XTC, Devo, The Cramps, Oingo Boingo, Dead Kennedys, Gary Numan, Klaus Nomi, Wall of Voodoo, Pere Ubu, Steel Pulse, Surf Punks, 999, UB40, Echo & the Bunnymen and The Police. These were many of the most popular groups on the New Wave scene; in keeping with the spirit of the scene, the film also features several less famous acts, and one completely obscure group, Invisible Sex, in what appears to be their only public performance.