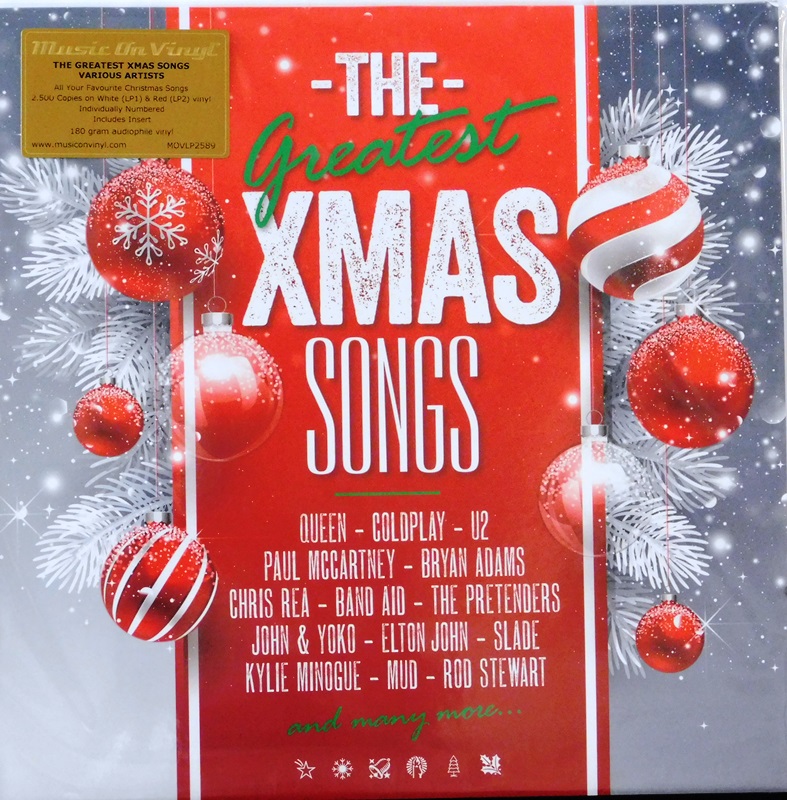 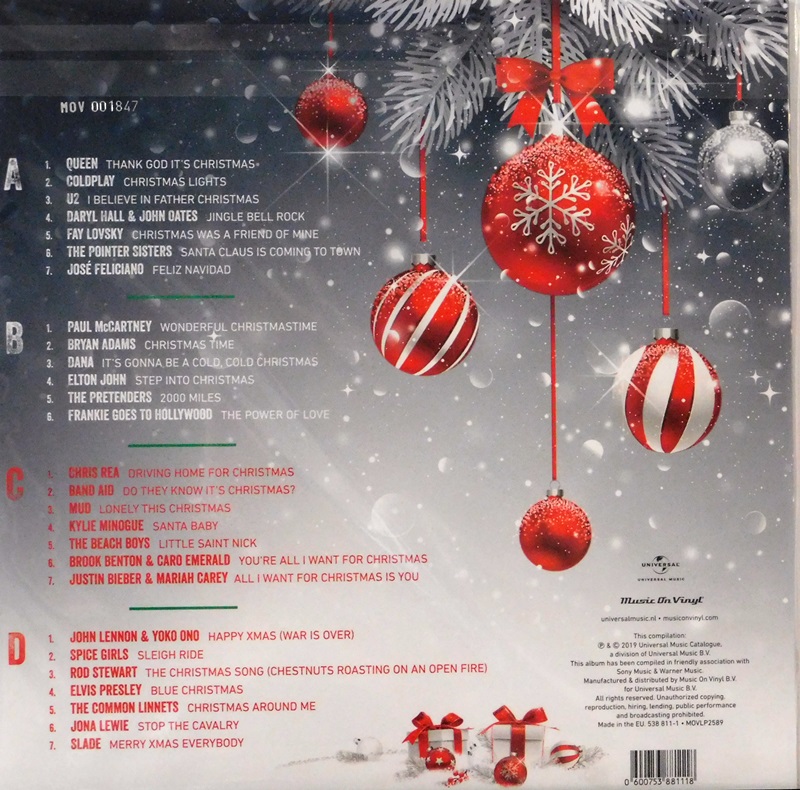 he Greatest Xmas Songs is an excellent collection of the most beautiful Christmas songs of all time. From the '60s you'll find classics from The Pointer Sisters, The Beach Boys and Elvis Presley on the record. During the '70s and '80s, some iconic Christmas hits were released by Chris Rea, Mud, Band Aid, Paul McCartney, and Queen, among others. This wonderful 2LP record isn't complete with some of the best-known tracks from the '90s and onwards, like Mariah Carey & Justin Bieber, Coldplay, and U2. These 27 songs will light up your Christmas and make you enjoy it the best you can.

Available as a limited edition of 1000 individually numbered copies on silver (LP1) and clear (LP2) vinyl.