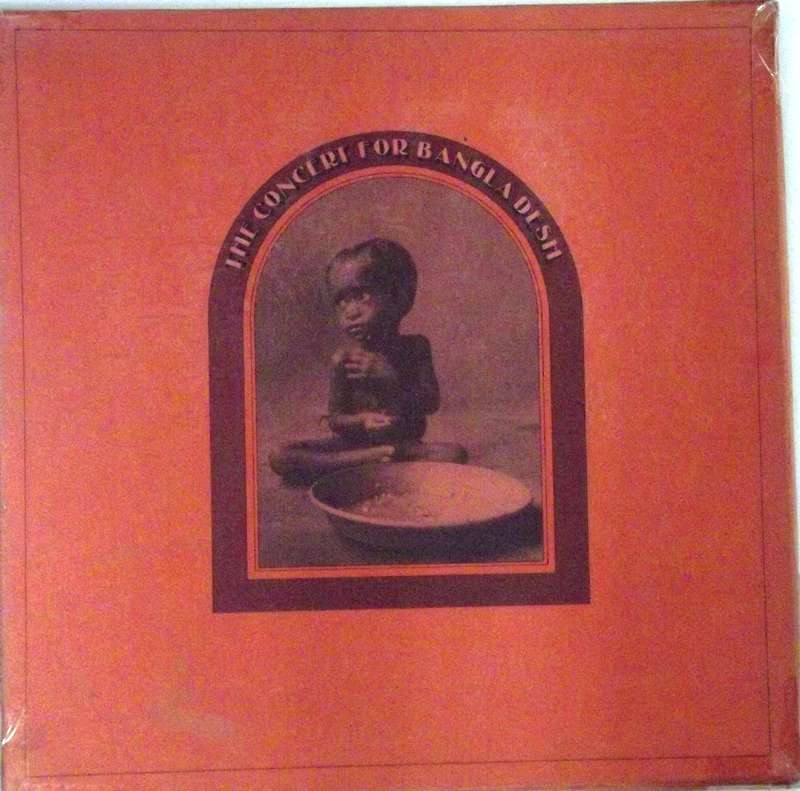 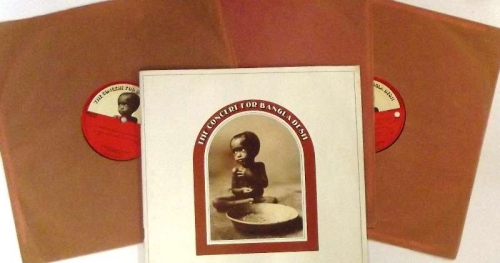 The Concert For Bangla Desh

The Concert for Bangladesh (or Bangla Desh, as the country was originally spelled) was the collective name for two benefit concerts organised by former Beatles lead guitarist George Harrison and Indian sitar master Ravi Shankar. The concerts were held at 2:30 and 8:00 pm on Sunday, 1 August 1971, at Madison Square Garden in New York City. The shows were organised to raise international awareness and fund relief efforts for refugees from East Pakistan (now Bangladesh), following the Bangladesh Liberation War-related genocide. The concerts were followed by a bestselling live album, a boxed three-record set, and Apple Films' concert documentary, which opened in cinemas in the spring of 1972.

The event was the first-ever benefit concert of such a magnitude[1] and featured a supergroup of performers that included Harrison, fellow ex-Beatle Ringo Starr, Bob Dylan, Eric Clapton, Billy Preston, Leon Russell and the band Badfinger. In addition, Shankar and Ali Akbar Khan – both of whom had ancestral roots in Bangladesh – performed an opening set of Indian classical music. Decades later, Shankar would say of the overwhelming success of the event: "In one day, the whole world knew the name of Bangladesh. It was a fantastic occasion ..."[2]

The concerts were attended by a total of 40,000 people, and raised close to US$250,000 for Bangladesh relief, which was administered by UNICEF. Although the project was subsequently marred by financial problems – a result of the pioneering nature of the venture – the Concert for Bangladesh is recognised as a highly successful and influential humanitarian aid project, generating both awareness and considerable funds as well as providing valuable lessons and inspiration for projects that followed, notably Live Aid.[3][4][5] By 1985, through revenue raised from the Concert for Bangladesh live album and film, an estimated $12 million had been sent to Bangladesh in relief.[6]

Sales of the live album and DVD release of the film continue to benefit the George Harrison Fund for UNICEF.