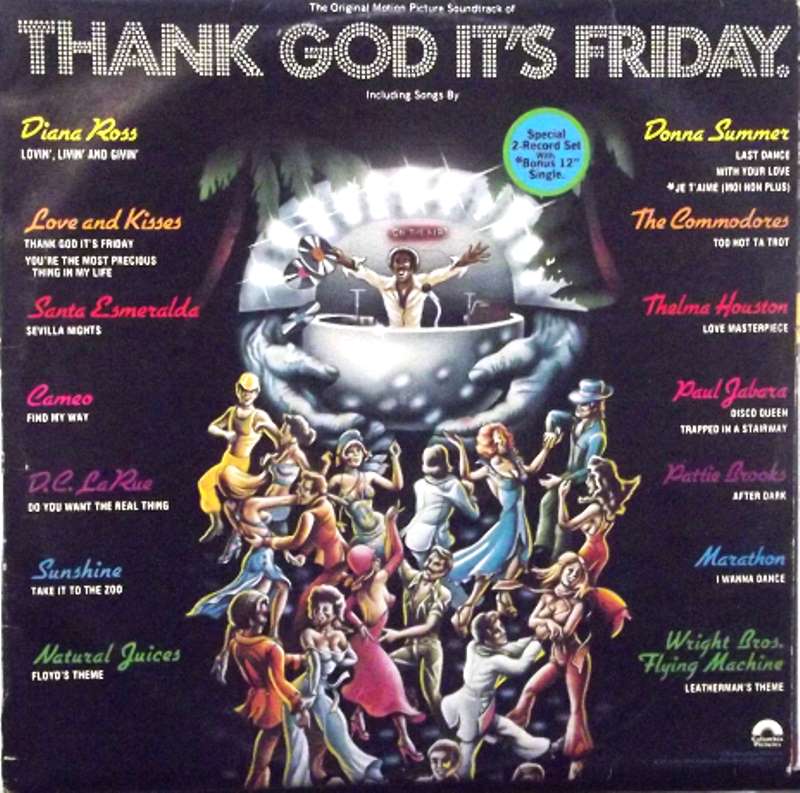 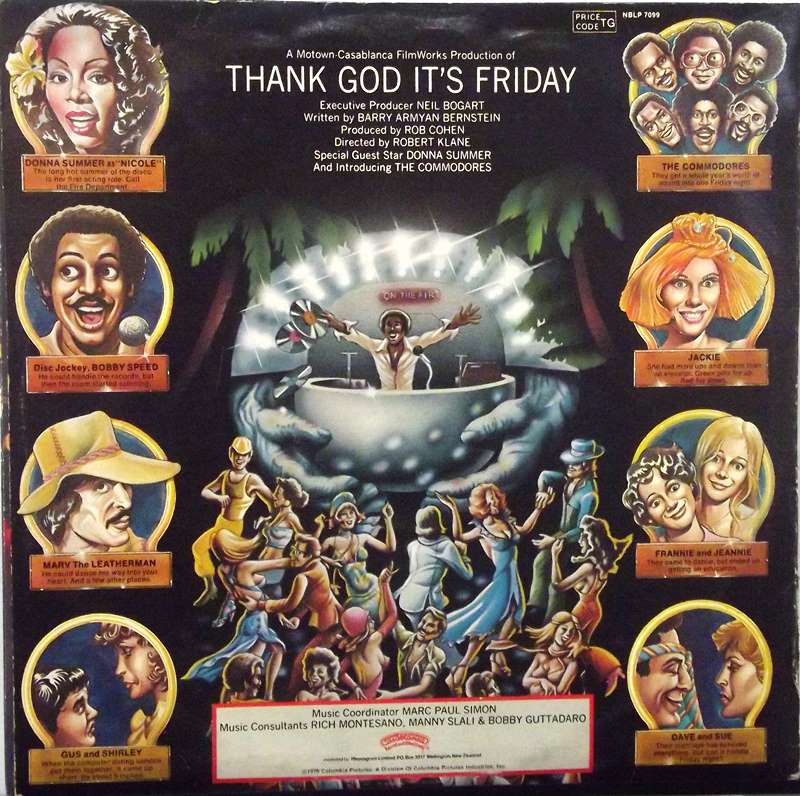 Thank God It's Friday is a 1978 American musical comedy film directed by Robert Klane and produced by Motown Productions and Casablanca FilmWorks for Columbia Pictures (whose torch-holding mascot, in a specially produced animation, dances to disco music before the opening credits). Produced at the height of the disco craze, the film features The Commodores performing "Too Hot ta Trot", and Donna Summer performing "Last Dance", which won the Academy Award for Best Song in 1978. The film features an early performance by Jeff Goldblum and the first major screen appearance by Debra Winger. The film also features Terri Nunn who would go on to fame in the 1980s new wave group Berlin.