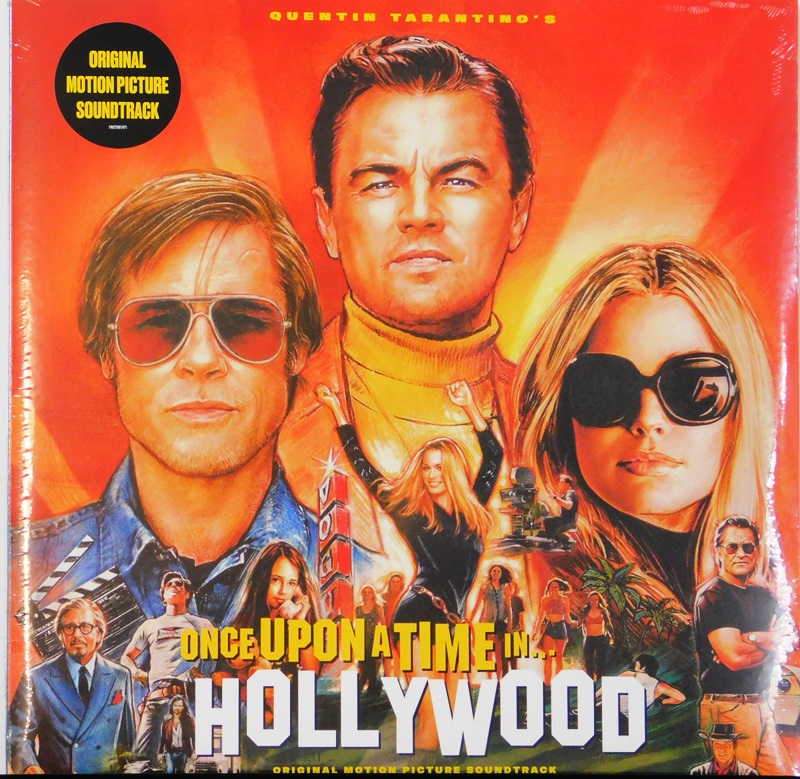 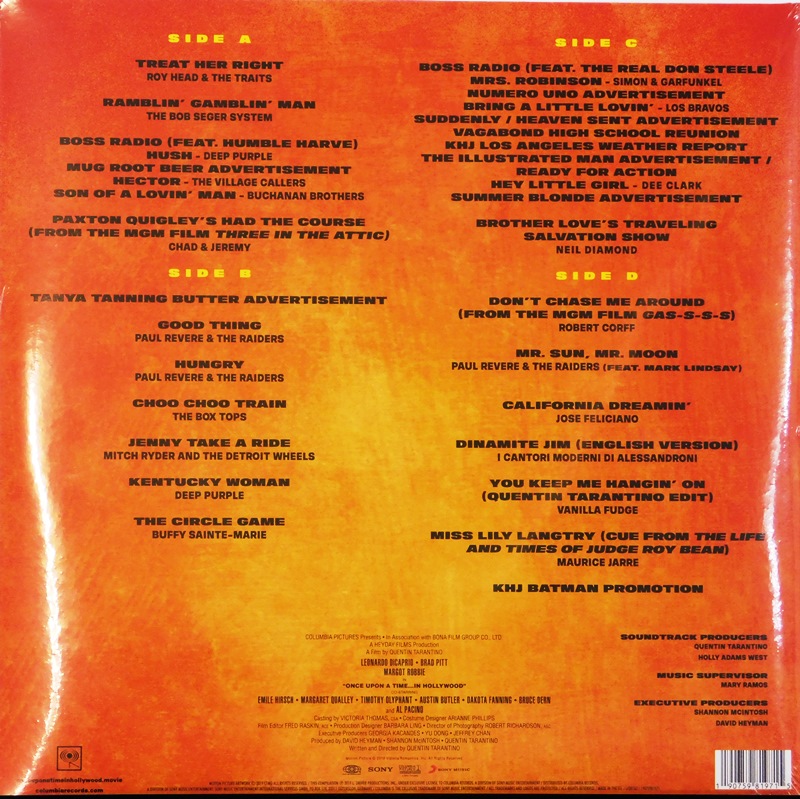 Once Upon A Time In Hollywood (Original Motion Picture Soundtrack

The music is a highlight of Quentin Tarantino’s new film, an undeniable, oft-disquieting mixtape of golden-age rock’n’roll, radio DJ patter, and period-specific commercials.

In the 1960s, Paul Revere & the Raiders were a goofy garage-rock band popular with well-behaved tweens. Calling the band square doesn’t go far enough; they were altogether edgeless. Among the Raiders’ many sins was a habit of dressing in full Revolutionary War regalia, tri-corner hats and all. In Quentin Tarantino’s ninth movie, the actress Sharon Tate (played by Margot Robbie) teases an ex about enjoying the Raiders and, moments later, there’s a shot of Charles Manson leaving the area. The music grows ominous. The message is loud and clear: The Raiders may have been cheesy, but when compared with a countercultural menace, those tri-corner hats start to look pretty good.

Since K-Billy’s Super Sounds of the ’70s closed out the opening scene of 1992’s Reservoir Dogs, music has played an outsized role in Tarantino’s films. Some songs take star turns, as with Chuck Berry’s “You Never Can Tell” at Jack Rabbit Slim’s in Pulp Fiction or the Coasters’ lapdance scene in Death Proof. But given Once Upon a Time ... in Hollywood’s Los Angeles setting and the density of its references, and given that it’s the first of Tarantino’s “history” pictures to be set in the pop music era, this soundtrack has more resonance than any before it.

Essentially a buddy comedy featuring Leonard DiCaprio as an aging actor and Brad Pitt as his stunt double who pal around on the periphery of the Manson murders of 1969, the movie is pretty, pretty, pretty (especially when cars and Brad Pitt are involved); its politics, however, are ugly, ugly, ugly: violently reactionary in their treatment of the late ’60s counterculture and its concomitant burnout. The music that connects the fictional and non-fictional worlds of the movie is a soft-serve swirl, pretty even when it’s ugly, an undeniable, oft-disquieting mixtape of golden-age rock’n’roll, radio DJ patter, and period-specific commercials.