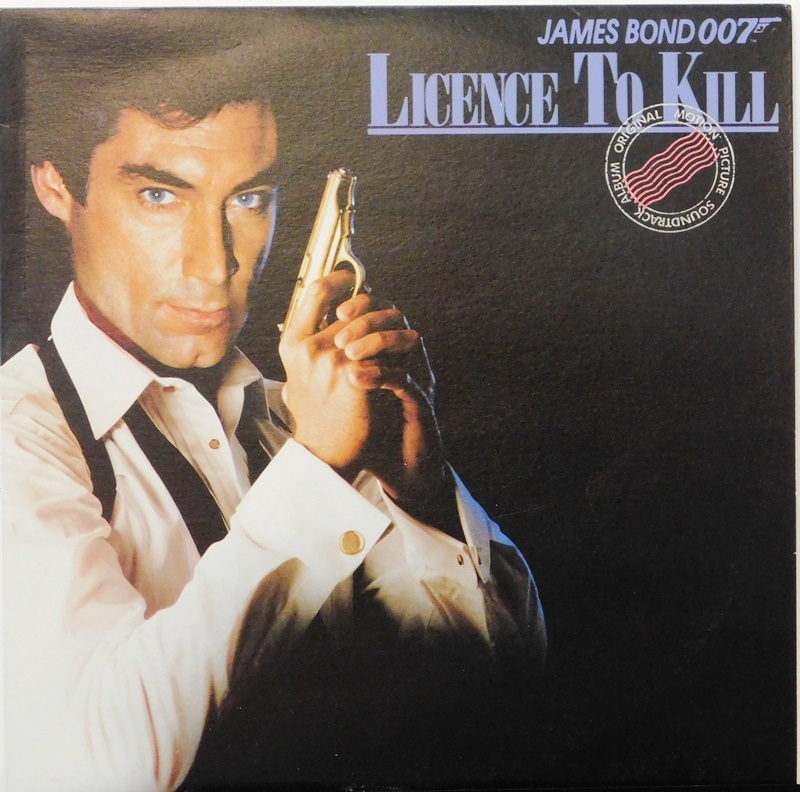 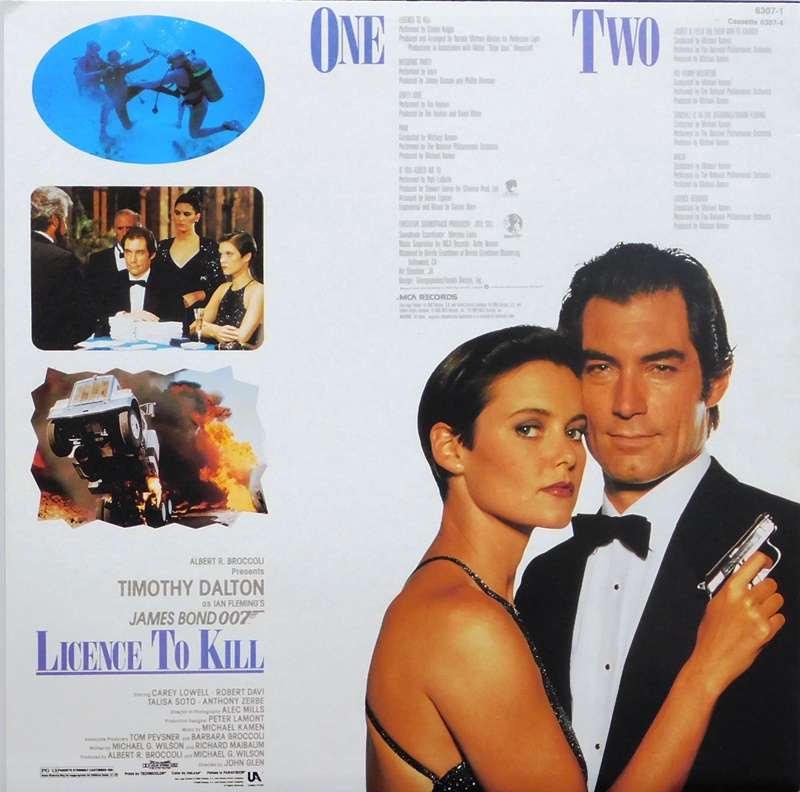 The soundtrack to Licence to Kill, the 16th James Bond film of the same name, was released by MCA Records in 1989.

Because the usual James Bond composer John Barry (who had scored almost every film from From Russia with Love onwards) was not available at the time as he was undergoing throat surgery, the soundtrack's more upbeat and suspenseful score was composed and conducted by Michael Kamen.

Initially Eric Clapton and Vic Flick were asked to write and perform the theme song to Licence to Kill. The theme was said to have been a new version based on the James Bond Theme. The guitar riff heard in the original recording of the theme was played by Flick.[1]

The prospect, however, fell apart and Gladys Knight's song and performance was chosen, later becoming a Top 10 hit in the United Kingdom. The song was composed by Narada Michael Walden, Jeffrey Cohen and Walter Afanasieff, based on the "horn line" from Goldfinger, which required royalty payments to the original writers.[2] At 5 minutes 13 seconds it is the longest Bond theme, though 45 single releases featured a shorter edit, running 4 minutes 11 seconds. The music video of "Licence to Kill" was directed by Daniel Kleinman, who later took over the reins of title designer from Maurice Binder for the 1995 Bond film, GoldenEye.

All the instrumental tracks are amalgams of various sequences and musical cues from the film rather than straight score excerpts. The end credits of the film feature the song "If You Asked Me To" sung by Patti LaBelle. Though the song was a top ten R&B charter and a minor pop hit for LaBelle, in 1992, the song was covered by and became a much bigger hit for singer Céline Dion. The track "Wedding Party", used during the wedding of Felix Leiter to Della Churchill, makes reference to the track "Jump Up" from the first Bond film, Dr. No.