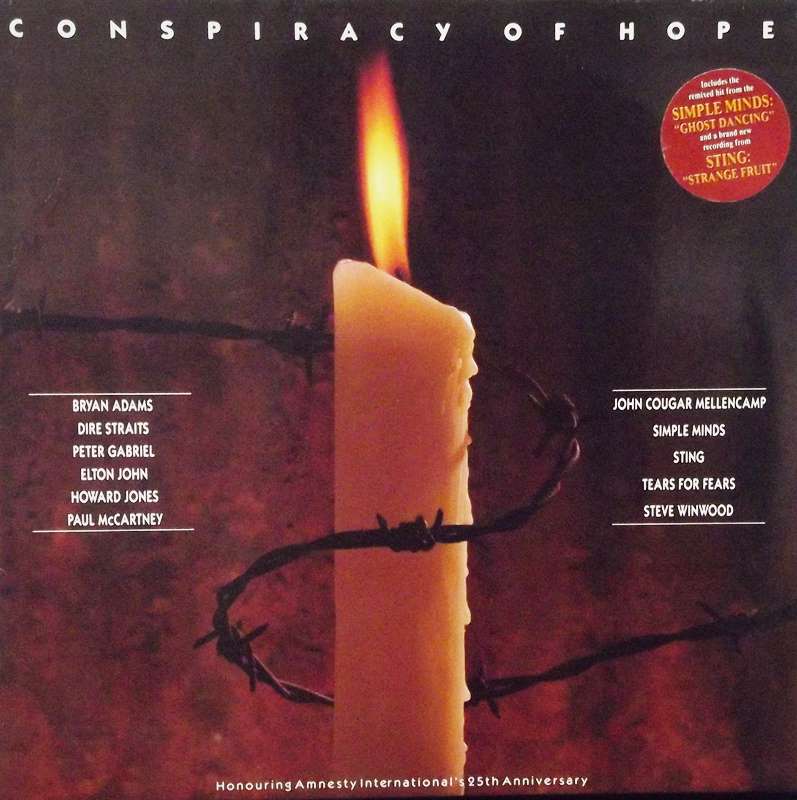 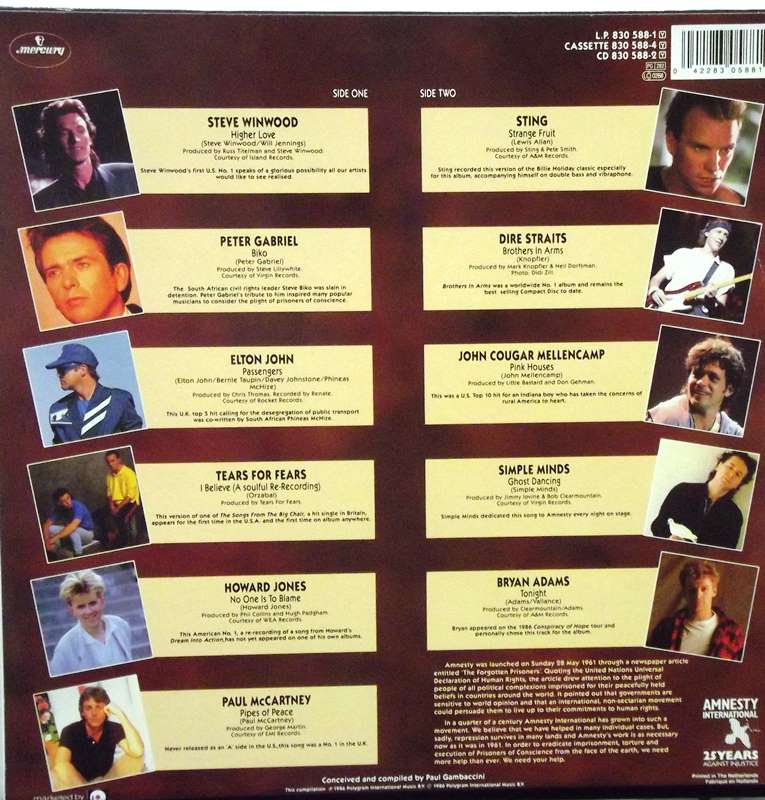 A Conspiracy of Hope was a short tour of six benefit concerts on behalf of Amnesty International that took place in the United States during June 1986. The purpose of the tour was not to raise funds but rather to increase awareness of human rights and of Amnesty's work on its 25th anniversary, and to invite a new generation to take action to free prisoners of conscience. The shows were headlined by U2, Sting and Bryan Adams and also featured Peter Gabriel, Lou Reed, Joan Baez, and The Neville Brothers. The last three shows featured a reunion of The Police. At press conferences in each city, at related media events, and through their music at the concerts themselves, the artists engaged with the public on themes of human rights and human dignity. The six concerts were the first of what subsequently became known collectively as the Human Rights Concerts – a series of music events and tours staged by Amnesty International USA between 1986–1998.