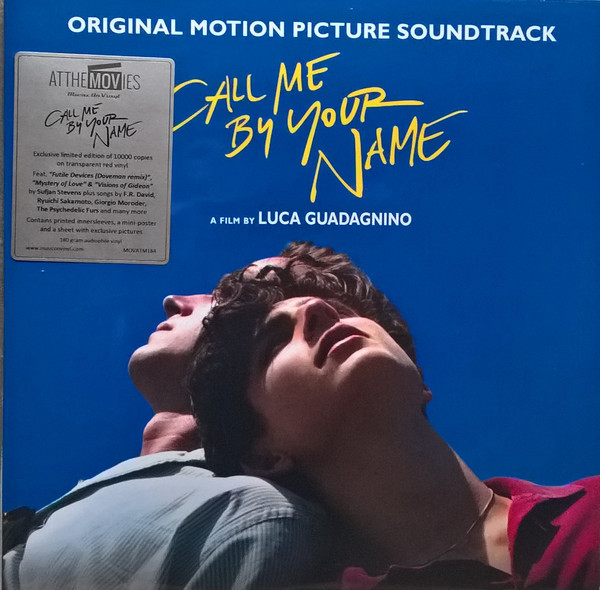 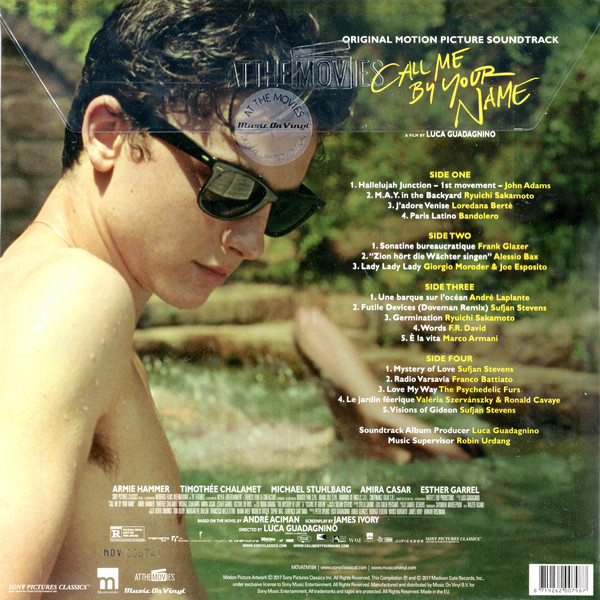 Call Me By Your Name (Original Motion Picture Soundtrack)

Call Me by Your Name: Original Motion Picture Soundtrack is the soundtrack to the 2017 romantic drama film, Call Me by Your Name. It features songs by The Psychedelic Furs, Franco Battiato, Loredana Bertè, Bandolero, Giorgio Moroder, Joe Esposito, and F. R. David, with compositions by John Adams, Erik Satie, Ryuichi Sakamoto, Johann Sebastian Bach, and Maurice Ravel.[1] American singer-songwriter Sufjan Stevens composed two original songs for the film, and the soundtrack also features a remix of his track "Futile Devices". Stevens's original song "Mystery of Love" was nominated for the Academy Award for Best Original Song at the 2018 ceremony.[2] At the 61st Annual Grammy Awards, "Mystery of Love" received a nomination for Best Song Written for Visual Media and the soundtrack received one for Best Compilation Soundtrack for Visual Media.[3]