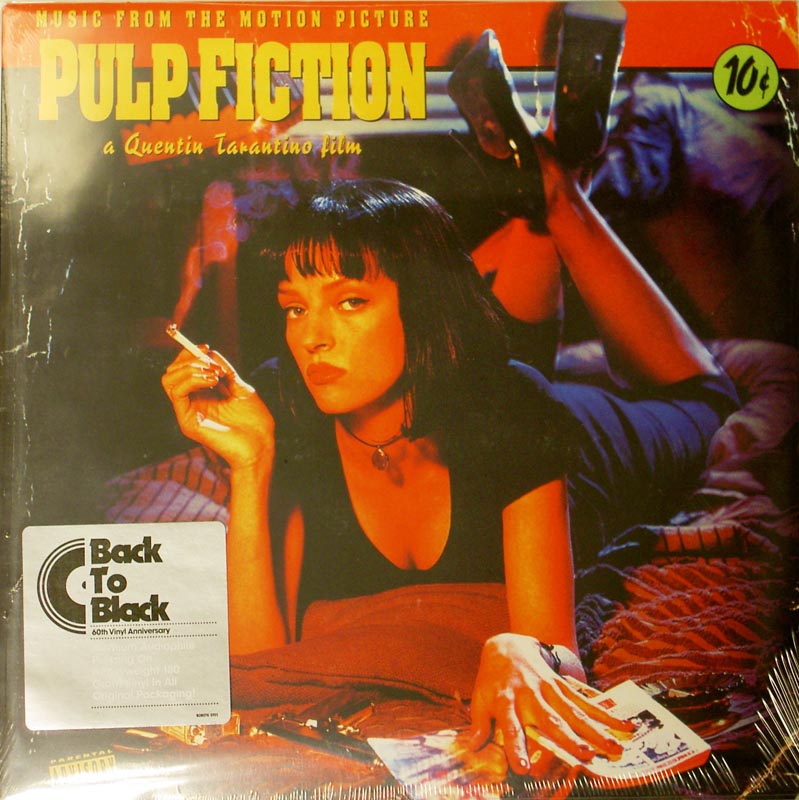 Music from the Motion Picture Pulp Fiction is the soundtrack to Quentin Tarantino's 1994 film Pulp Fiction. No traditional film score was commissioned for Pulp Fiction. The film contains a mix of American rock and roll, surf music, pop and soul. The soundtrack is equally untraditional, consisting of nine songs from the movie, four tracks of dialogue snippets followed by a song, and three tracks of dialogue alone. Seven songs featured in the movie were not included in the original 41-minute soundtrack.