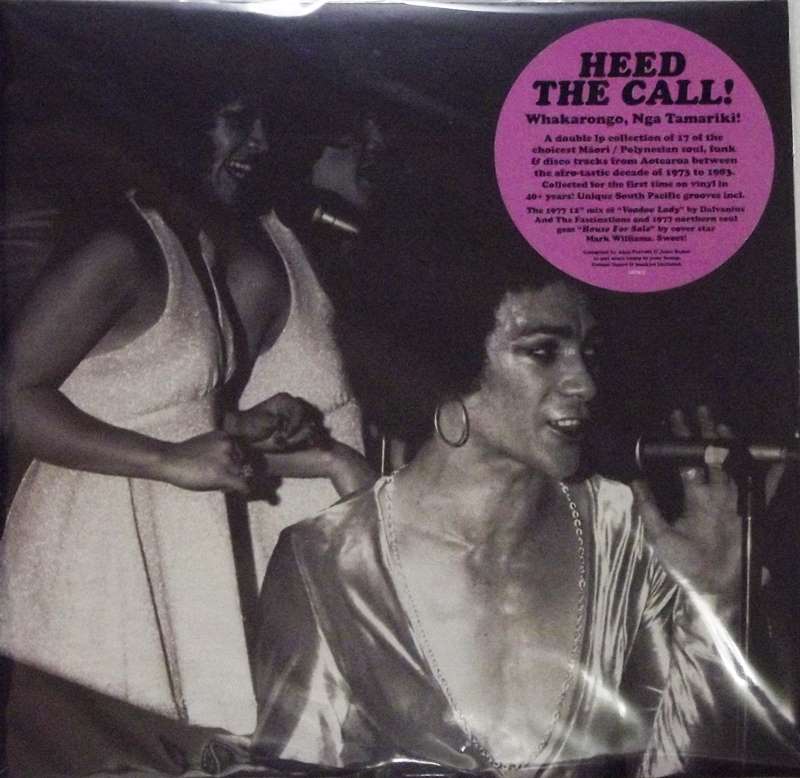 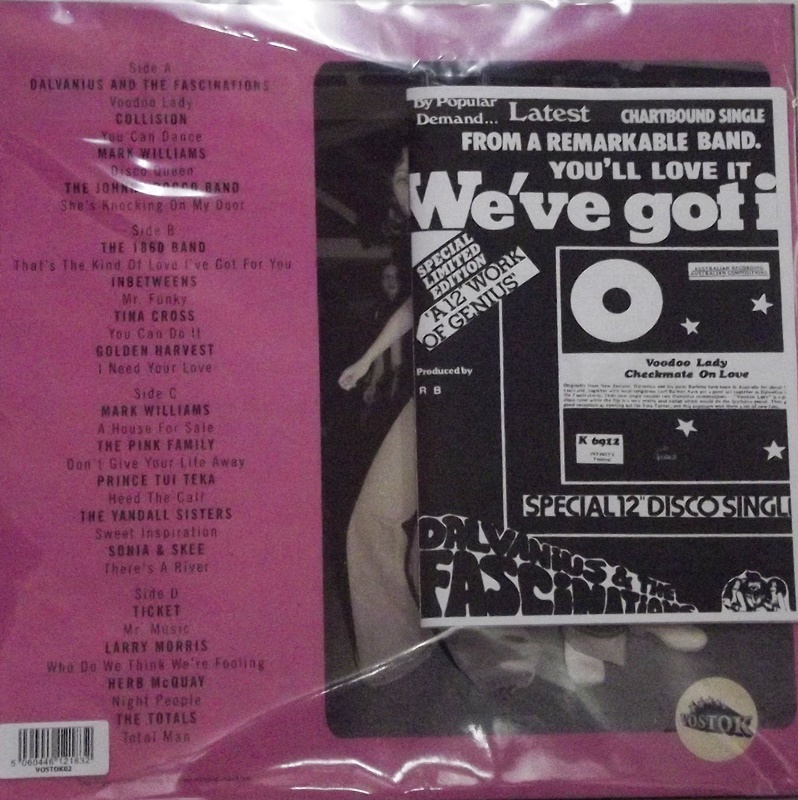 HEED THE CALL! collects the best New Zealand soul, funk and disco cuts from the afrotastic days of 1973 to 1983. Artists like Mark Williams whose House For Sale became a sought after northern Soul single, The (three) Yandall Sisters (two of whom are pictured behind Mark WiIlliams on our cover), a teenage Tina Cross, Dalvanius & Prince Tui Teka, all became household names in NZ.

The collection mines some overlooked nuggets from their respective catalogues alongside lesser known boogie cuzzins The Pink Family with their non-secular floor sizzler Don't Give Your Life Away, the gritty gospel soul of Sonia & Skee, The Johnny Rocco Band, Inbetweens, and The Totals. The Kaukau Brothers were four fifths of Golden Harvest who hit the national charts with the number one I Need Your Love in 1978 which featured new addition 17 year old Karl Gordon fronting the band. Local 60s beat pioneer Larry Morris fresh out of the big house after a public LSD misdemeanour finds his groove on Who Do We Think We're Fooling. Funk dynamos Collision Hail from Tokoroa, and in an earlier incarnation were known as The Shriek Machine, move to Australia on Dalvanius' insistence to record the showstopper You Can Dance. Early 70s Acid Rockers Ticket flaunt their funky flare(s) with their Vertigo single only release Mr Music (later covered by Collision).  The windy city jazzmen The 1860 Band take form fitting self promoting t-shirts to the next level while re- interpreting Rita Jean Bodine's Thats The Kind Of Love.

Compiled by Alan Perrott and John Baker.  Double LP, with illustrated inner sleeves showcasing the sleeves of all the original LP releases. Liner notes by co compiler Alan Perrott based on interviews with actual participants in the recordings in black & white booklet with tasty pics and ephemera.