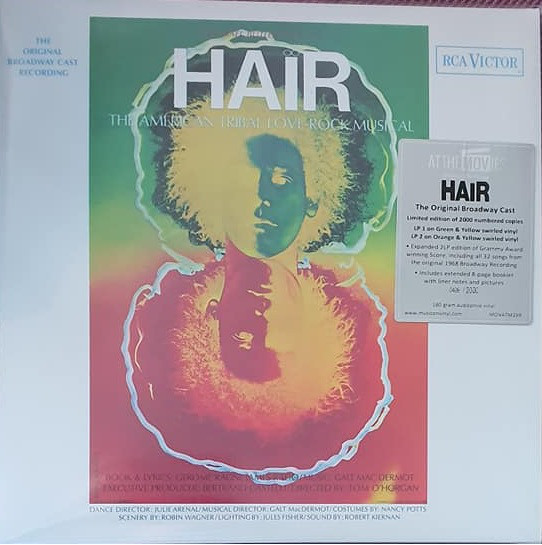 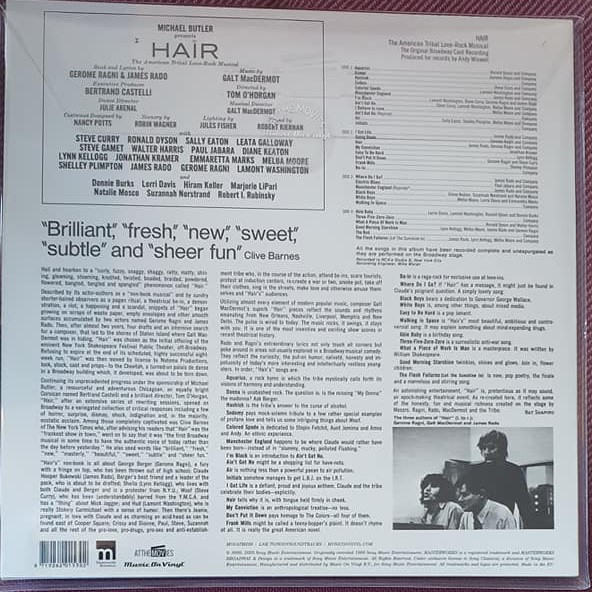 Hair is a 1968 cast recording of the musical Hair on the RCA Victor label. Sarah Erlewine, for Allmusic, wrote: "The music is heartening and invigorating, including the classics 'Aquarius,' 'Good Morning Starshine,' 'Let the Sunshine In,' 'Frank Mills' ... and 'Easy to Be Hard.' The joy that has been instilled in this original Broadway cast recording shines through, capturing in the performances of creators Gerome Ragni and James Rado exactly what they were aiming for – not to speak for their generation, but to speak for themselves."[1]

The recording also received a Grammy Award in 1969 for Best Score from an Original Cast Show Album[3] and sold nearly 3 million copies in the U.S. by December 1969.[4] The New York Times noted in 2007 that "The cast album of Hair was... a must-have for the middle classes. Its exotic orange-and-green cover art imprinted itself instantly and indelibly on the psyche.... [It] became a pop-rock classic that, like all good pop, has an appeal that transcends particular tastes for genre or period."[5] In 2019 the Original Broadway Cast Recording was added to the National Recording Registry.[6]